Product design using natural stone (3): the sector needs to move away from the sculptors’ way of working and move towards design WITH stone 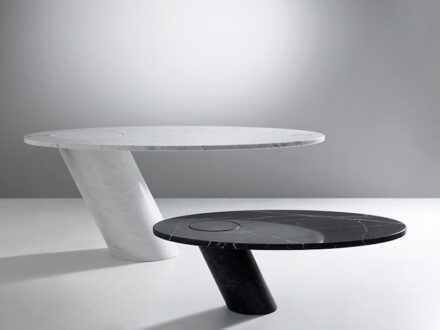 In the previous two parts of our series, we discussed that product design is about functional objects for everyday use and that the design for this must be appropriate for the material. This time, we point out that most natural stone designers unfortunately remain far too wedded to the way sculptors work.

We have encountered the two major options in product design with natural stone – design FROM stone and design WITH stone – since the 1950s, when designers in the Carrara region were looking for new uses for natural stone. The difference between the two directions ultimately lies in how closely they remain wedded to the sculptors’ way of working.

A prominent example of product design FROM stone is Angelo Mangiarotti (1921-2012), who created a series of objects that have become famous. For example, the table “Eccentrico“ from 1971 (see photo on top). Here the designer irritates our expectations: we see that the foot is pierced through the top but may not believe that this can be stable. Also, the elliptical tabletop seems to swing out way too far in one direction for the foot to counterbalance its weight.

The trick is to have a base that you can’t see and that also doesn’t limit the table’s function. In many of his works, Mangiarotti dealt with the question of how to connect the table base and top.

The weight of the base plays the decisive role in the stability of the ensemble.

However, it creates the functionality problem we are concerned with here: in the 72 cm high version, the foot alone weighs 204 kg! The plate weighs another 113 kg.

This makes the beautiful piece obsolete as an everyday product, because it cannot be placed on every floor in every living room, and it can hardly be moved. In the next installment of our series, we will introduce the term “functional sculptures“ for such objects and describe them as a special case of natural stone product design.

Mangiarotti, who earned huge merits for finding modern uses for natural stone and contemporary forms, remained close to sculpture throughout his life and even returned to it at the end of his creative period.

An example of a completely nonsensical use of natural stone are the massive bathtubs that stone companies like to present at their trade shows as the height of luxury. 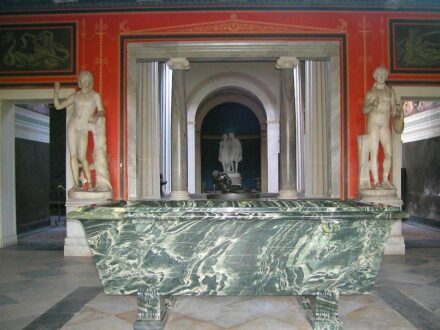 This is because they can practically not be used for a bath – even similar specimens from past times were always intended only as pieces for decoration or representation. A famous example is that piece of jewelry made of jasper which the Russian Tsar Nicolaus I gave as a gift to his Prussian brother-in-law Friedrich Wilhelm IV and which is presented today in the Roman Baths in Sanssouci Park in Potsdam. 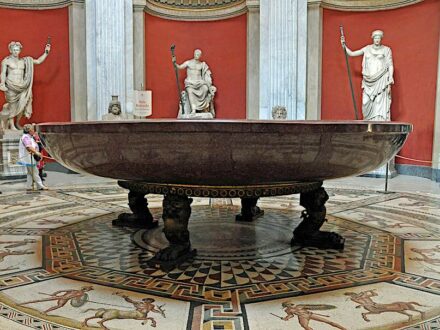 And in the same way, the porphyry tub of Emperor Nero from his Domus Aurea palace was probably just a testimony to power and wealth.

A calculation example shows where the problem with functionality lies here: in a bathroom, 27 degrees Celsius is a very pleasant temperature for stripping down naked; then the stone tub also has this temperature. However, the water in the tub must be 37 degrees, because that is our body temperature (and otherwise experienced as cold). This means that between 800 and 1200 kg of stone must be warmed up by 10 degrees! For this purpose, only hot water is available (because the designers never provide the tub with an electric heater) – an incredible waste of drinking water and electricity. 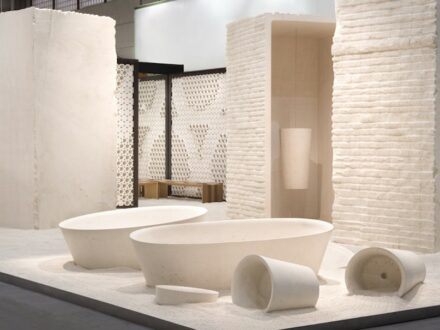 We claim: such presentations at stone fairs tend to discourage architects and interior designers from using natural stone.

Even more: such ideas are like showing cars at a car show that are not drivable.

Examples of successful design WITH stone, on the other hand, are presented in large numbers at the furniture fairs.

Numerous natural stone companies have now migrated there, and architects and designers also find themselves there. 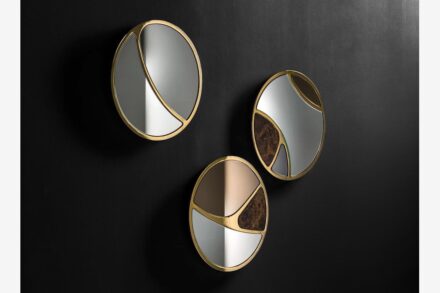 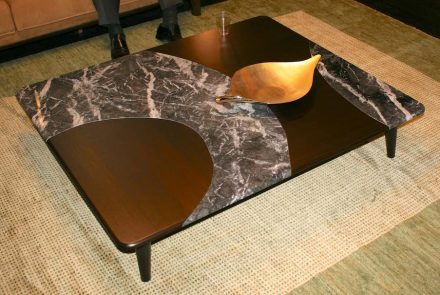 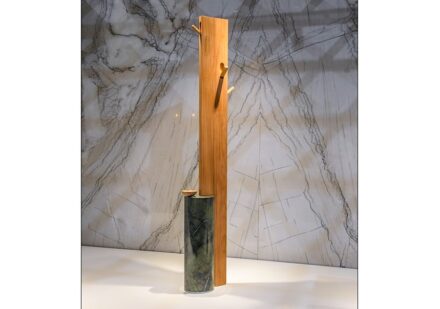 Conclusion: Design FROM stone was suitable since the 1950s to give the natural stone an image of luxury and modernity. Now competitors are in the market with new products, namely large-scale ceramics and engineered stone, and they are putting usability in the foreground. The stone branch must reinvent itself.