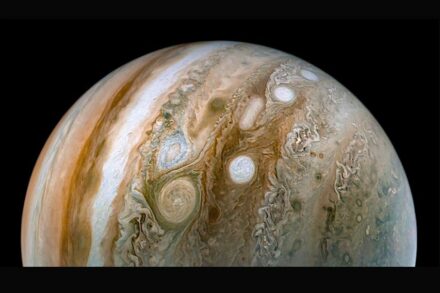 (Photo above) NASA’s Juno spacecraft shows that Jupiter’s banded pattern extends deep below the clouds, and that the appearance of its belts and zones inverts near the base of the water clouds
https://staffblogs.le.ac.uk/leicester-to-jupiter/2021/10/29/juno-mission-unveils-the-depth-and-structure-of-planets-shrinking-red-spot-and-colourful-bands/ 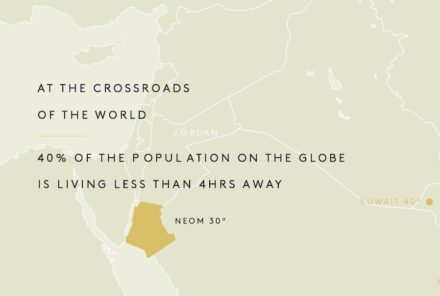 Assessing seismic activity near Neom, the Saudi megacity under construction at the southern part of the Dead Sea Transform fault: the country might not be shaken from its ambitious development goals, but it cannot rule out earthquake risk entirely
https://pse.kaust.edu.sa/news/Pages/Assessing-seismic-activity-near-NEOM.aspx 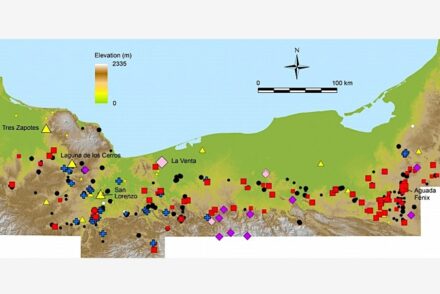 Scientists have uncovered nearly 500 smaller ceremonial complexes that are similar in shape and features to Aguada Fénix, the largest and oldest Maya monument. The find transforms previous understanding of Mesoamerican civilization origins and the relationship between the Olmec and the Maya people
https://news.arizona.edu/story/uarizona-led-team-finds-nearly-500-ancient-ceremonial-sites-southern-mexico 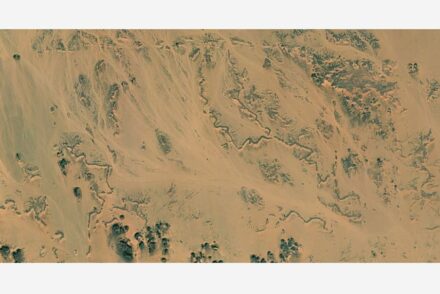 Why did the people living near the Nile river migrate to central Egypt 10,000 years ago, when the Egyptian Sahara was still green? Scientists found that following a rapid temperature increase of about 7°C, the frequency of heavy rainfall events increased fourfold, increasing river flooding and forcing riverine populations to migrate to the center of the country
https://www.unige.ch/communication/communiques/en/2021/les-rivieres-fossiles-du-sahara-racontent-la-menace-du-rechauffement/