To build the siege ramp at Lachish in the ancient Kingdom of Judah, the Assyrian army organized the quarrying and transportation of about 3 million boulders from nearby sites 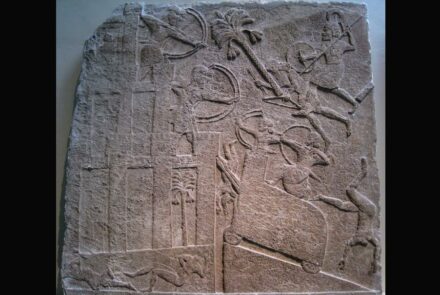 Probably, each little block of about 6.5 kg was conveyed from man-to-man by prisoners of war or forced labor

The Assyrians had a mighty and well-equipped army that, in the early eighth century BCE, rapidly quelled growing rebellion in the Southern Levant. In 721 BCE the Kingdom of Israel was conquered. Twenty years later, the Assyrian army attacked the Kingdom of Judah, laying siege to its most important city, Jerusalem, and launching a direct assault on its second most important city, Lachish, today’s Tell ed-Duwer.

King Sennacherib himself went to Lachish to oversee its destruction, which began with his army building a ramp to reach the walls of the hilltop city. This ramp is the only surviving physical example of the Assyrian military prowess in the entire Near East. Now, for the first time, a team of archaeologists has reconstructed how the Assyrian army may have built the ramp and used it to conquer the city of Lachish.

According to Garfinkel, evidence at the site makes it clear that the ramp was made of small boulders, about 6.5 kg each. A major problem faced by the Assyrian army was the supply of such stones: about three million stones were needed. Where did these stones come from?

Collecting natural field stones from the fields around the site would require a great deal of time and would slow the construction of the ramp. A better solution would be to quarry the stones as close as possible to the far end of the ramp. “At Lachish there is indeed an exposed cliff of the local bedrock exactly at the point where one would expect it to be,” Garfinkel shared. 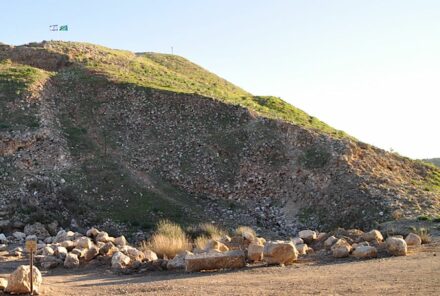 The research suggests that its construction began about 80 meters away from the walls of the city of Lachish, close to where stones required for the ramp could be quarried. The stones would have been transported along human chains – passed from man-to-man by hand. With four human chains working in parallel on the ramp each working round-the clock shifts, Garfinkel calculated that about 160 000 stones were moved each day.

“Time was the main concern of the Assyrian army. Hundreds of laborers worked day and night carrying stones, possibly in two shifts of 12 hours each. The manpower was probably supplied by prisoners of war and forced labor of the local population. The laborers were protected by massive shields placed at the northern end of the ramp. These shields were advanced towards the city by a few meters each day,” described Garfinkel.

In about 25 days, the ramp, which was the shape of a giant triangular wedge, could have reached the city walls. „This model assumes the Assyrians were very efficient, otherwise, it would have taken months to complete,“ said Garfinkel.

The findings are published in the Oxford Journal of Archaeology.

Source: The Hebrew University of Jerusalem