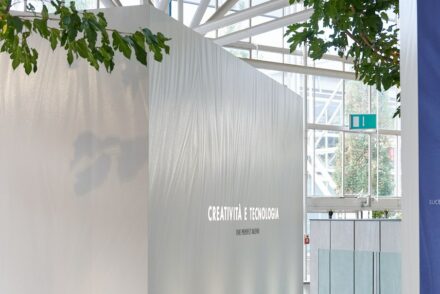 With the collection “Luce“, Iris Ceramica, showed the graphic play of light and shadow on the tiles without relief for its 60th anniversary

As in previous years, the trends in the ceramics sector are Greener-Larger-Digital. This was demonstrated from September 27 to 30, 2021 at Cersaie in Bologna, the world’s largest trade fair for bathroom and architectural ceramics. Numerous innovations were presented, notably one with surfaces of light and shadow effect by Iris Ceramica. Our teaser photos show the product.

The ceramics industry continues to vigorously convey the message that its material is produced in an environmentally friendly manner and produces few climate-damaging emissions. All companies had the theme big at their booths, others included a collection of facts in their information. 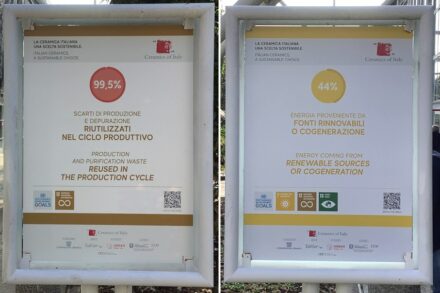 The trade show organizer had presented posters in many places that repeatedly highlighted environmental aspects, such as information on increased use of waste materials.

Technical innovations play a central role. This is because ceramics, unlike natural stone, are not a product of nature, but have to be manufactured.

We have the latest leaflet of the Ceramics of Italy Association, entitled “The Values of Ceramics. A sustainable choice“ as a link below. 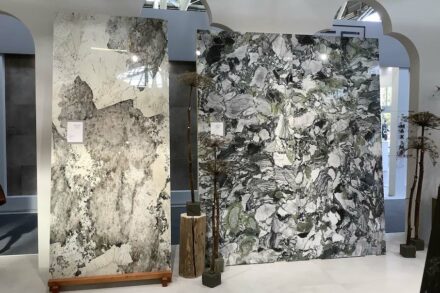 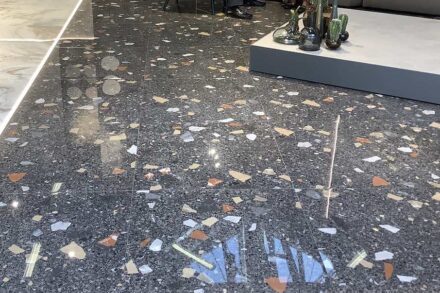 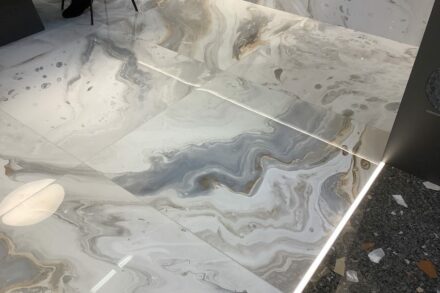 Another trend is: After a decade of imitating natural stone, some ceramic manufacturers are making their own geology, so to speak. Instead of simply copying marble, granite & co – but doing so perfectly by now, admittedly – they are inventing their own design variants that have unmistakable echoes of natural stone – Beyond Stone, so to say. We had already stated this in our 2019 trade fair report. 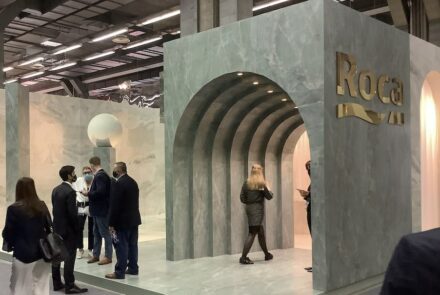 At the same time, however, we saw for the first time that a ceramic company designed its booth in the material megalomania popular among stone companies.

In the trend of ever larger tiles, dimensions of more than 3 m are now being achieved. 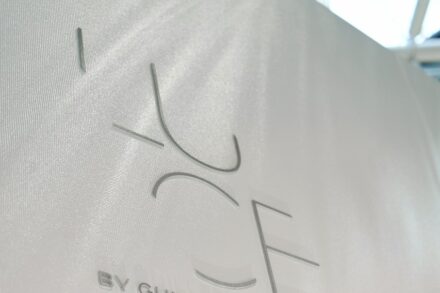 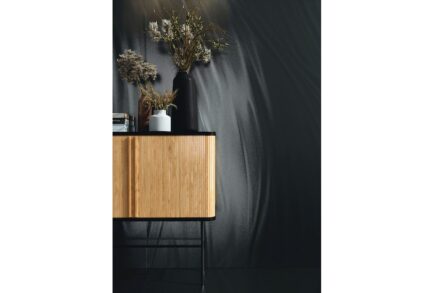 Italian company Iris Ceramica launched the collection, simply named “Luce“ (Light), for its 60th anniversary. In fact, it was a game with the light (and with the shadow). Here, the trend of the past years towards surfaces with reliefs was modified into a pure play with the printing press. 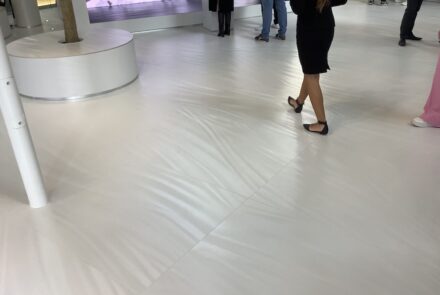 The impression was so perfect, however, that as you made your way across the company’s booth, you kept watching to avoid tripping over what you thought were ripples in the flooring.

The Spanish company Torrecid came to the market with its collection “StyleCID“. Here are partly glass dots applied to a surface, with which many effects can be created. In the same way, there are star effects with a multitude of tiny specks in a surface.

Other aspects of interest for the natural stone industry are:
* “Ceramics are timeless,“ someone told us – meaning that modern printing technology can give a tile virtually any age desired;
* LaFaenza Ceramica has the beautiful slogan “We tile. You Style“ as a variation of their pun “Tile With Style“;
* finally, tile color manufacturers are now getting close to a vibrant red. Until now, these attempts always ended in a washed-out brown.

Some statistics: in total, 623 exhibitors attended the fair, 361 companies from the ceramic tile sector, 87 from the bathroom furnishings sector and 175 from the installation, raw materials, new surfaces and service activities sectors. 238 were non-Italian exhibitors (38% of the total) from 28 countries.

We show photos of some booths.

“The Values of Ceramic. A sustainable choice“ 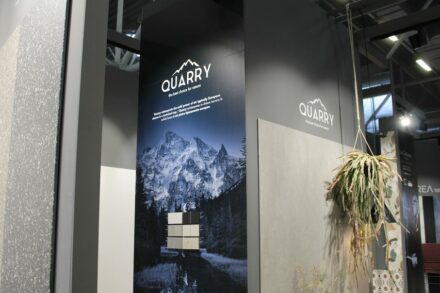 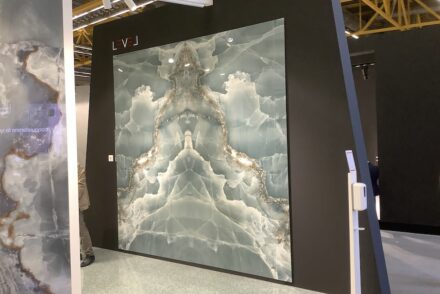 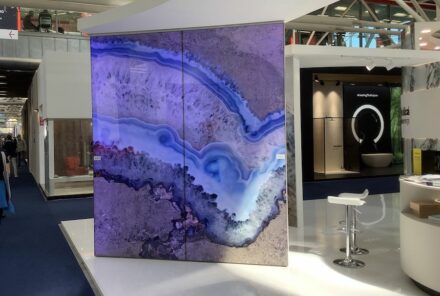