Hito Conmemorativo Comisión Pehuenche: 8 granite boulders at 2350 meters in the Andes look like figures immersed in the contemplation of the high mountains 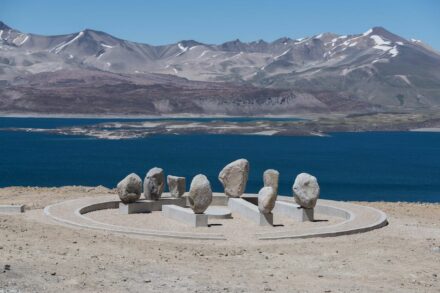 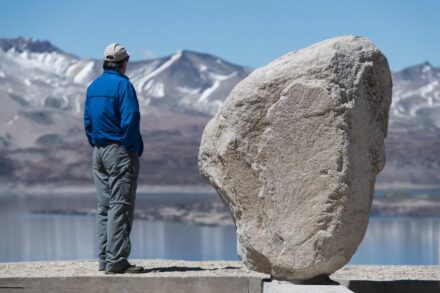 Where else in the world is there more free time? one may wonder, looking at the photos of the Hito Conmemorativo Comisión Pehuenche (Memorial Site of the Pehuenche Association) in the Andes between Chile and Argentina. For the 8 boulders weighing tons in the center of the pictures, one can well imagine them as old people who, if we were in the south, would have sat down in the shade in their village square in the evening and let the day pass.

This impression is exactly what the Comisión Pehuenche wanted to achieve with the installation at 2350 meters above sea level: the arrangement is meant to remind us of the people of the Pehuenche tribe that once made their home here. The Pehuenche marked their territory with upright stones.

It is also intended to remind the people of the unifying role played by the asphalted high mountain road. 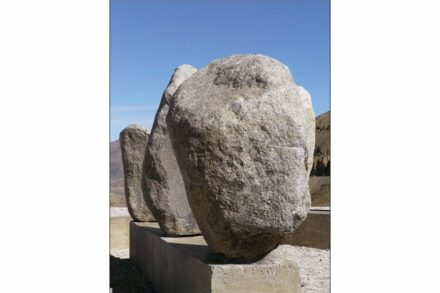 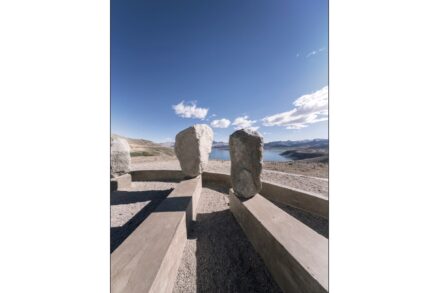 The site consists of four concrete ramps on which the granite boulders are placed, all within a circular boundary of sand and smaller rocks.

By means of this memory, the Chilean and Argentinean members of the Petuenche Association want to bring together the areas on this side and on the other side of the border, thus revitalizing the region.

At the center of the idea is the CL 155 road that connects the province of Talca on the Chilean side with the one called Malarguë in Argentina. Now, at km 142 above the Laguna del Maule, it has been given a prominent place in no man’s land with the memorial plaza.

Boulders from the surroundings were chosen, which were blasted out of the slopes frost, and which have rolled downhill – so you can watch the cycle of the rocks here by simply joining the 8 stone figures for a while. 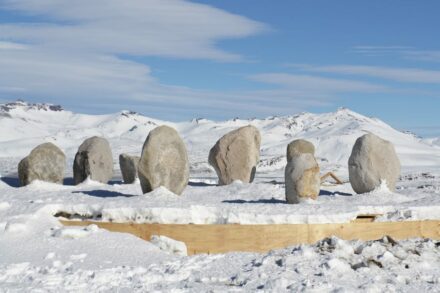 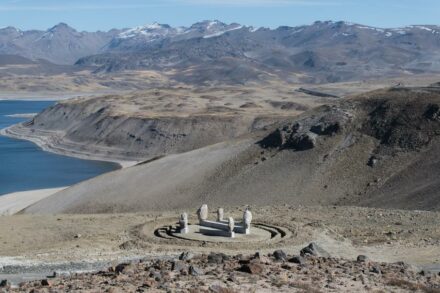 The architect María Antonia Ossa García came up with the idea for the memorial. It was realized in collaboration with a sculptor, a geologist, and a historian. The cost was 13 million Chilean pesos, the equivalent of about $17,000.

The memorial was part of a larger overall project at Talca University’s Department of Architecture, which is about ideas for the mountain region (“Tres lugares para habitar la cordillera, Región del Maule“). Another sub-project revolves around the hot springs of San Pedro, also located on the high mountain road. There, student Pía Montero has developed ideas on how to preserve the old hot springs and what to make of them in terms of tourism.

The overall project won an award at the Young Talent Architecture Award at the Venice Biennale in 2020. 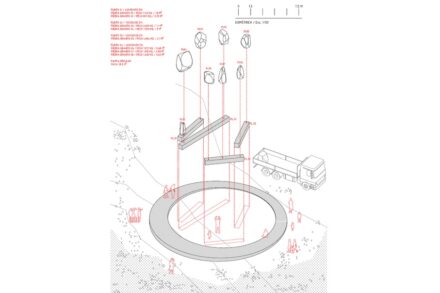 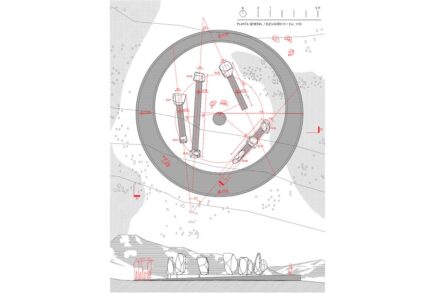