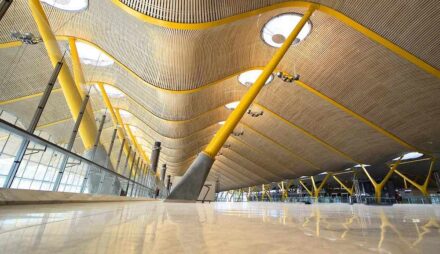 Rogers, who died in December 2021, became famous for high-tech architecture, but in Madrid, he used bamboo for the ceiling and Mistral marble for the flooring

Terminal T4 at Madrid-Barajas International Airport is one of the works for which British architect Richard Rogers is famous. It combines functionality with a recognizable appearance – the undulating ceiling inside, together with the yellow and brownish colors, is often understood as a reflection of the landscape around the Spanish capital and a welcome to travelers. Rogers died on December 18, 2021, honored with a Pritzker Prize, among other awards.

Rogers was born in Florence and moved to London with his family at the age of 4. After studying at the Architectural Association School there, he moved to the Yale School of Architecture in the United States on a scholarship, where he became fascinated with the work of Frank Lloyd Wright. In London, he founded his own office, which initially included Norman Foster. In the following decades, he became famous for his high-tech architecture. 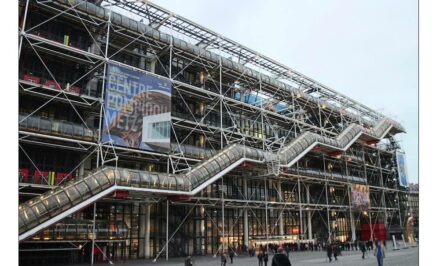 One of these works was the Centre Pompidou in Paris, planned together with Renzo Piano and Gianfranco Franchini and titled “the Refinery“. Located in the middle of the historic city of limestone, its facade of glass and steel, outside with utilities and the escalator, was initially just understood as an insult to culture but soon became an attraction for street artists and for tourists.

Other masterpieces were the building for Lloyds of London or the Millennium Dome.

The design of these masterpieces was never showmanship but always played a role in the use of the building.

Terminal 4 in Madrid, planned together with the architects of the Spanish Estudio Lamela and the engineers of Initec (Spain) and TPS (United Kingdom), is also a gesture to the incoming guests or those simply passing through. Barajas is often praised as a place to remember even as a transient, unlike many international airports where it feels more like air cargo. 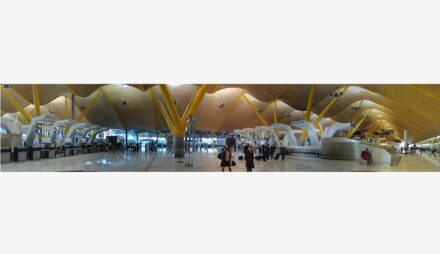 The choice of materials played a crucial role: the brown of the ceiling’s bamboo cladding, the yellow of the steel beams for the roof and the gray of their concrete feet harmonize with the cream color of the floor. It is covered with Mistral marble, extracted by Levantina company in its Spanish quarries. Due to the hardness, it can withstand the traffic of even a large airport. The veins give the floor movement.

Levantina supplied 123,00 m² for the flooring and 6000 linear meters for the skirting boards. Inauguration was in 2006. 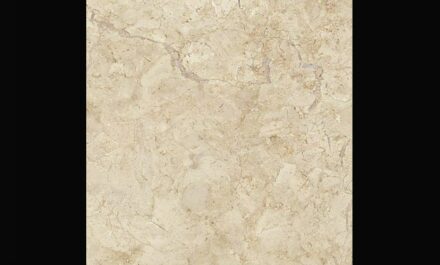