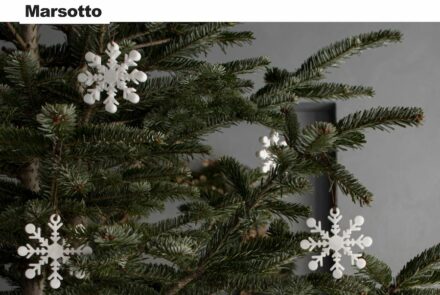 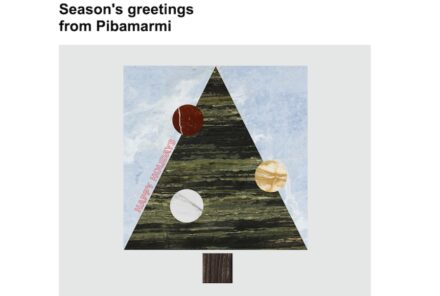 Many friends and customers have sent us warm Christmas greetings. We show some in whose presentation stone plays a role (photos above and Videos of the Month at the bottom).

Swiss architects Herzog & de Meuron have completed the spectacular building for the Songeun art space in Seoul. Talking about the surface, Jacques Herzog says in a video, „concrete can be very hostile“, but by giving the surface the structure of pinewood, the appearance suddenly became an invitation to discover the building.

The French National Geo-Service (BRGM) has released a quiz on geology (“Géoloquiz“). The game board, the playing cards and the rules – in French – can be downloaded online.

The origin of a mysterious “Allah-Bismillah“ writing in a marble quarried in Turkey was revealed: it is the result of natural processes in the petrification of a heart-shaped shellfish about 195 million years ago in the Jurassic period.

The Federation of Indian Granite and Stone Industry (FIGSI) has demanded the state government to facilitate granite imports after closure of most of the quarries in Tamil Nadu and Karnataka. The body also requested the State Government to offer long-term quarry lease ranging from 30-50. “Granite prices touch the sky“ is the title of the report in the Bangalore Mirror.

A 52-year-old Indian businessman has built a scaled-down replica of the Taj Mahal as a home for his wife of 27 years and spent about US-$ 260,000.

The Police in the Brazilian state of Espírito Santo have stopped a truck transporting stone blocks from 600 km distant Minas Gerais with a load of 95 t at allowed 57 t. The lorry itself brought 16t on the scale (Portuguese).

As a student, Britain’s prime-minister Boris Johnson had argued passionately for the return of the Elgin Marbles to Athens: “The Elgin marbles should leave this northern whisky-drinking guilt-culture, and be displayed where they belong: in a country of bright sunshine and the landscape of Achilles, ‘the shadowy mountains and the echoing sea,’” the Guardian quotes an Oxford Union article discovered in the Oxford library (1, 2).

In the United Arab Emirates, from January 01, 2022, the weekend will start Mid-Friday and include Saturday and Sunday. This will also mean 4,5 days of work per week for state employees.