The ceramic industry is under extreme pressure due to energy prices 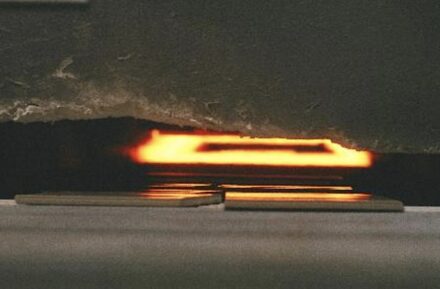 The ceramic industry worldwide has been experiencing extremely hard times for about a year now. This is not because of the Covid-19 pandemic: energy costs have multiplied, and the prices for CO2 certificates have also skyrocketed. Also, for a while now, some materials have been in short supply, such as cardboard, pallets or films for packaging, which also affects the delivery of tiles.

However, the situation should be very positive, so that the representatives of the Italian associations Confindustria Ceramica and Federchimica Ceramicolor, at a press conference in December 2021, spoke of a “unique paradox in our history“: for 2021, they had achieved an (estimated) increase in sales of a whopping 12% compared to the previous year (production: +25%), but at the same time earnings had fallen extremely because of the cost increases.

In Spain, the Ascer association predicts 20% year-on-year sales increases for 2021. But its president added in dramatic terms, “If you don’t raise prices, you’re dead.“ He also noted a curious situation: “The industry is facing a crisis not due to a lack of demand, but to extremely increased costs.“

The problem lies in the material: ceramic tiles, no matter what variety, must be fired at temperatures between 900 and 1300 degrees, sometimes several times, so that the clay hardens and gets the glaze. This gives the material its incomparable properties.

At the press conference, the president of Italy’s ceramic association said that energy costs in 2021 had increased by 400% over the previous year, in figures from €250 million to almost €1 billion now.

Gas prices played a crucial role in this. However, prices in CO2 emission trading also went up, from €20 to €25 per ton to €85 now.

From Spain, similar figures are quoted.

Manufacturers of artificial stones are also likely to be affected. For example, in the production of engineered stone, the temperatures are a few hundred degrees and the raw material must be pressurized.

Recently, the German-language trade magazine 1200Grad reported that Fiandre, a major among Italian ceramic manufacturers, had closed its production site in Viano, not far from Modena, because of energy costs. The plant had an annual capacity of 5 million square meters.