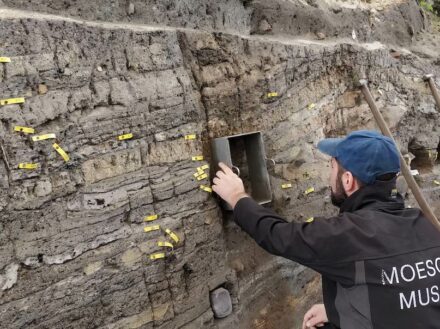 Researchers have re-dated Viking-age commerce connections with regions in North Atlantic Norway, Frankish Western Europe and even the Middle East

Mobility shaped the human world profoundly long before the modern age. But archaeologists often struggle to create a timeline for the speed and impact of this mobility. An interdisciplinary team of researchers at the Danish National Research Foundation’s Centre for Urban Network Evolutions at Aarhus University (UrbNet) has now made a breakthrough by applying new astronomical knowledge about the past activity of the sun to establish an exact time anchor for global trade links in the year 775 CE.

In collaboration with the Museum of Southwest Jutland in the Northern Emporium Project, the team has conducted a major excavation at Ribe, one of Viking-age Scandinavia’s principal trading towns located at the North Sea. Funded by the Carlsberg Foundation, the dig and the subsequent research project were able to establish the exact sequence of the arrival of objects from various corners of the world at the market in Ribe. In this way, they were able to trace the emergence of the vast network of Viking-age trade connections with regions such as North Atlantic Norway, Frankish Western Europe and the Middle East. To obtain a chronology for these events, the team has pioneered a new use of radiocarbon dating. 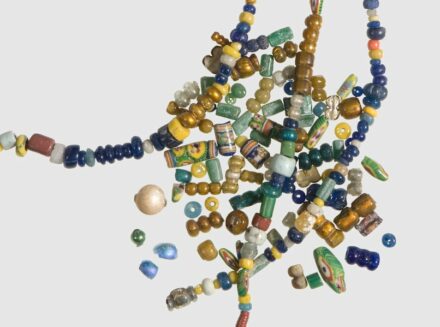 By this, the scientists could identify a 775 CE event of extreme solar activity (Miyake) in one floor layer in Ribe. It caused a spike in atmospheric radiocarbon activity coming from flares in the sun. Before, it had already been identified in tree rings, and has now also been found in the sediments. This enabled the team to anchor the entire sequence of layers and 140 radiocarbon dates around this single year.

“This result shows that the expansion of Afro-Eurasian trade networks, characterised by the arrival of large numbers of Middle Eastern beads, can be dated in Ribe with precision to 790±10 CE – coinciding with the beginning of the Viking Age. However, imports brought by ship from Norway were arriving as early as 750 CE,” says Professor Søren Sindbæk, who is a member of the team.

This groundbreaking result challenges one of the most widely accepted explanations for maritime expansions in the Viking Age – that Scandinavian seafaring took off in response to growing trade with the Middle East through Russia. Maritime networks and long-distance trade were already established decades before impulses from the Middle East caused a further expansion of these networks.

The spread of coins, trade beads and other exotic artefacts provides archaeological evidence of the trade links stretching from Southeast Asia and Africa to Siberia and the northernmost corners of Scandinavia. In the north, these long-distance connections mark the beginning of the maritime adventures that define the Viking Age. Researchers have even suggested that it was the arrival of silver and other valuable objects via Eastern Europe which sparked the first Scandinavian Viking expeditions.

From around 790 onwards the famous raids took place, which shook Western Europe and which still characterize the image of the Vikings today.

Photos: The Museum of Southwest Jutland 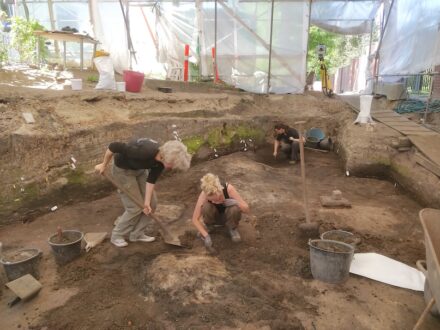