Egyptian sculptress Mariam Radwan works with many materials besides stone, constantly rediscovering the nature around her 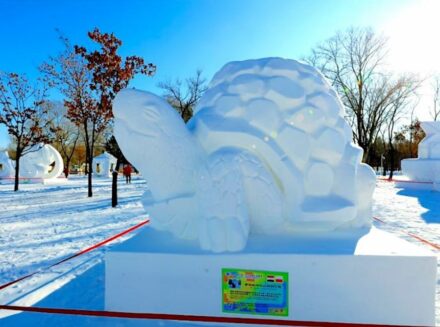 A while ago, she even participated in a symposium for sculpting with snow and ice at -270 C throughout

“I love adventure,” she writes on her webpage, and that made us a little skeptical at first. Because that is what everyone says about themselves. But the fact that she, as a young sculptor from Egypt, took part in a sculpture symposium with snow and ice in northern China, more precisely: in the 32nd Harbin International Ice Sculpture Competition and at a temperature of continuously -27 0 C, has aroused our curiosity.

Mariam Radwan is the artist we are talking about here. She graduated in Art Education from Helwan University in Cairo, worked as an art teacher for children and teenagers from 2 to 16 years old at kindergartens and schools there, and moved to Northern France in 2019 to achieve a diploma in Plastic Design at ESA (École Supérieure d’Art) in Tourcoing. This is currently the state of her professional career.

Of course, we had to ask about the symposium in China during our dialogue by mail. This also because her work there was a turtle. She had said before that she felt very connected to the ancient culture of her homeland, but then we might have expected a replica of a pharaoh’s statue as an object for the symposium, or perhaps a scarab beetle. 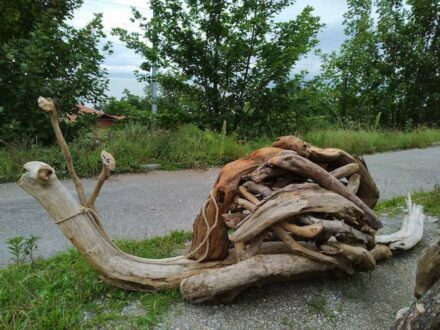 In the further mail dialogue, we then felt like herself. Because she says that she always and everywhere learned something new. On this occasion, we learned something new about ancient Egyptian mythology: the object made of snow was the Nile turtle, also known as the African softshell turtle or Trionyx triunguis.

It fascinated people in ancient times just as much as Mariam Radwan does today. Because: the animal is “on the move, but always has its comfort zone with it, to which it can quickly retreat in case of danger“ as the sculptor puts it.

“It is somehow related to my personality,“ she muses further.

About 4000 years ago, the Nile turtle was considered a protection against misfortune and a helper for health and life. Shetyw was the name. Even as a child, she considered the animal a friend, Mariam continues.

“The ideas for my sculptures come from nature,“ she writes, “during my travels I always observe the harmony that is in everything around me.“ 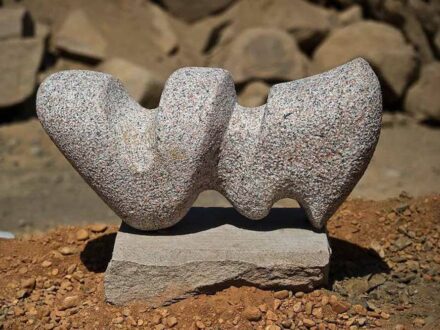 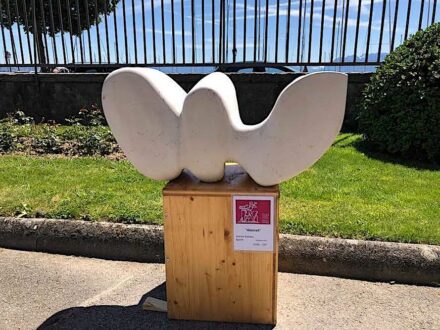 This explains why she works with a variety of materials: in addition to snow and ice at the symposium and bronze, she has also created works in wood or natural stone (from hard granite to soft pumice). “I discover myself when I deal with the different materials,“ she states. 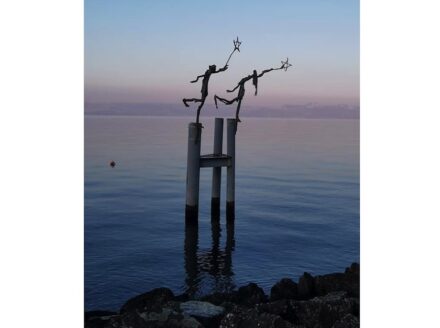 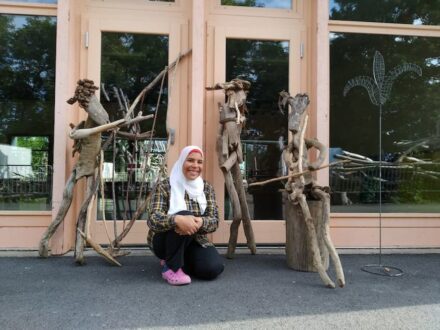 Yet the world, as she perceives it, is rather not an ideal world. We read her Facebook page in Arabic with the funny photos of the snow symposium in automatic translation, and there is a reference to the annual November 25 and the worldwide Orange Your City movement, which opposes violence against women.

Why this was her thing, we asked, and the question did not anger her, but as intended, prompted her to take a stand: “Being a sculptor is not just for men, women can do it just as well. Physical exertion is not an issue at all.”And: “Sculpture is a proven field in which women can express themselves and carry their messages to the world – namely, that they can do anything if they just want to.“ 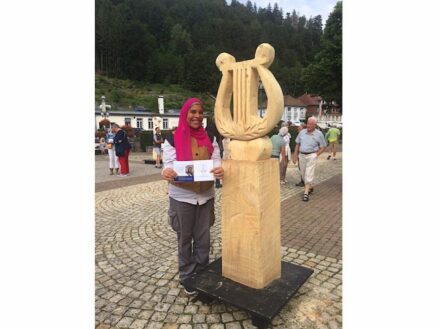 Her parents gave her a lot of support on her way to art, as our mail dialog also shows. As a preschooler, she told everyone that she wanted to be a painter.
This probably reflected her parents’ passion for art: her father, who was a chef with training in France and had a soft spot for painting, and her mother, who had studied English as a translator and loved drawing and calligraphy. 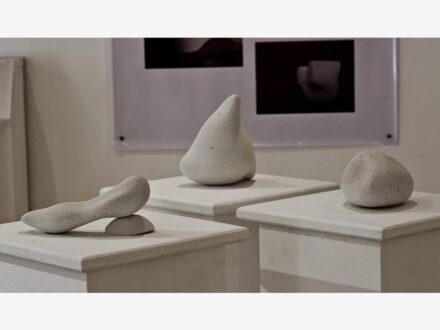