Antolini supplied the natural stone for the interior design in the new hotel of the Vik chain in Galleria Vittorio Emanuele II. in Milan 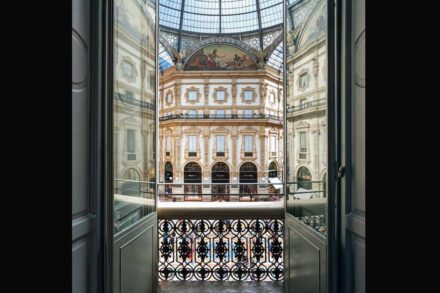 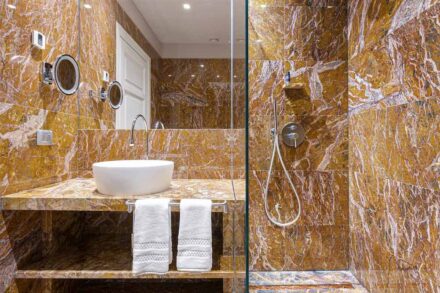 Art also characterizes the rooms, so that guests may well imagine themselves in a contemporary gallery

The latest addition of the Vik Retreats has moved into Milan’s Galleria Vittorio Emanuele II. Its trademark thus far was its sites’ extraordinary landscapes. Now Vik Retreats has its first hotel also in the middle of a city, of course, as usual in a special place. For the famous Galleria, banally a covered passageway between the equally world-famous squares at the Duomo and La Scala, is one of the focal points for luxury, consumerism, and tourism.

The furnishing for the 89 rooms and suites with natural stone was realized by none other than Antolini. And, of course, the company – commissioned by the hoteliers and designers Alexander and Carrie Vik – supplied extraordinary varieties, partly as small details of design in tabletops, for example, and partly as complete cladding of the walls and floors in the bathrooms.

Art also characterizes the rooms, so that guests may well imagine themselves in a contemporary gallery.

Antolini, headquartered not far from Verona, lists in its press release the natural varieties used and at the same time also points out that it wants to be more than just a dealer: the design in the hotel benefits from the play of colors and textures “that are revealed in natural stone when it is skillfully crafted, installed and lighted.“

We show the photos kindly provided by Antolini. And we point out a special feature, namely the extraordinary floor mosaics in the passages of the Galleria. There you can admire the coat of arms of 4 Italian cities, 3 of them former royal thrones: Rome shows itself with the wolf as well as Romulus and Remus, Florence with the lily and Turin with the bull. Milan has joined them with the red cross on a white background.

The Galleria, by the way, is named after the first king of the united Italy. It was built between 1865 and 1877. 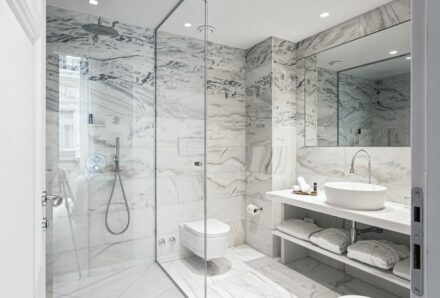 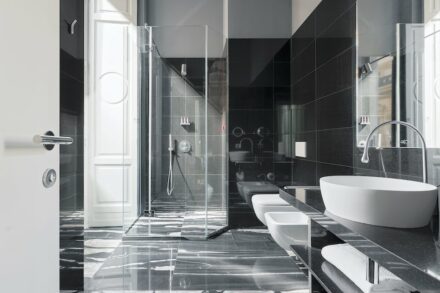 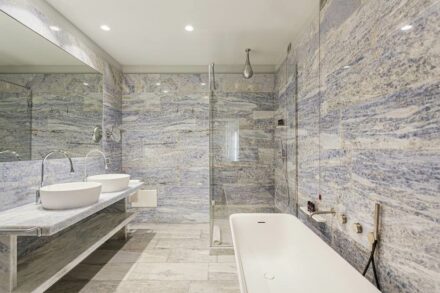 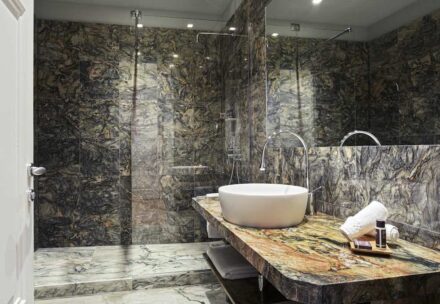 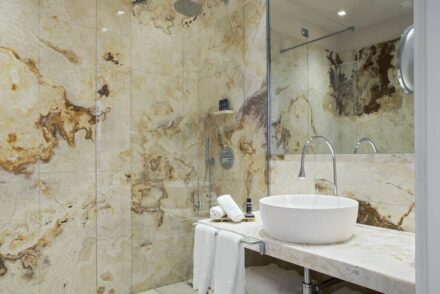 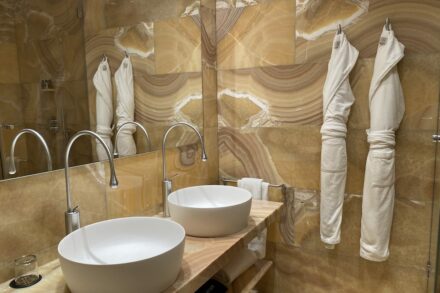 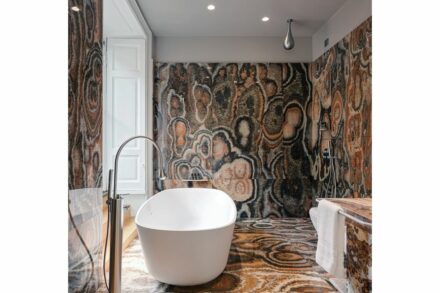 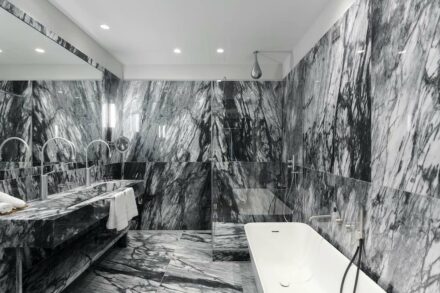 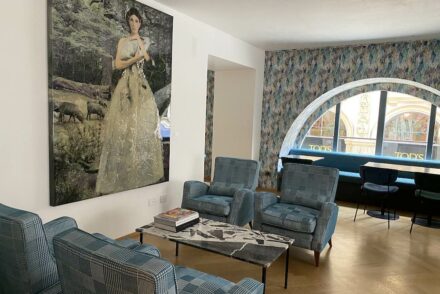 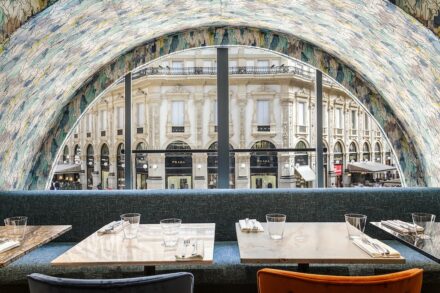 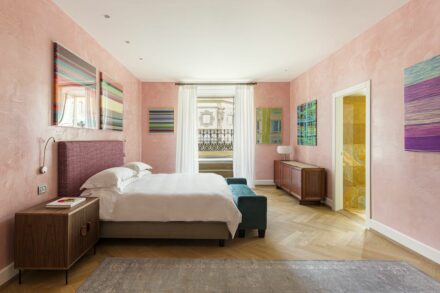 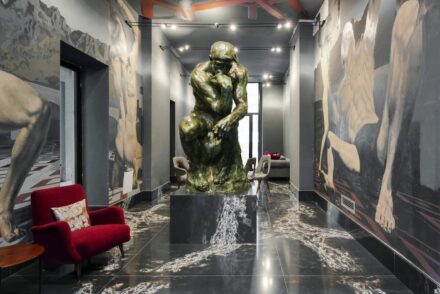