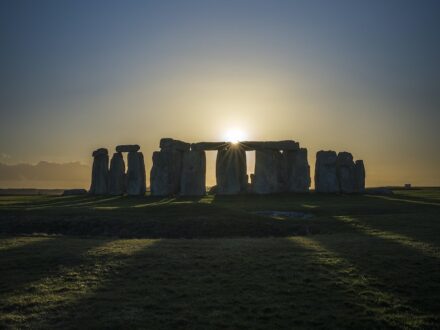 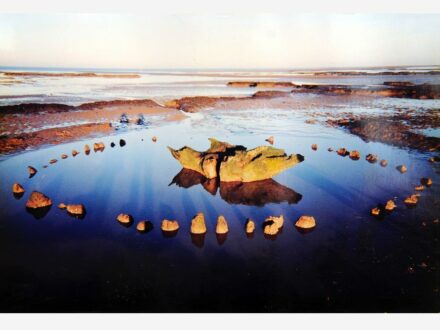 Highlights of the show in the British Museum in London are Seahenge, a circle of wooden posts from the Norfolk coast, and the Nebra Sky Disk from Saxony-Anhalt in Germany

When talk turns to Stonehenge, it’s always about the massive chunks of rock that a civilization transported and erected more than 4,000 years ago. But the current exhibition “The World of Stonehenge“ asks questions from a new perspective: What was the people’s worldview at that time not only in today’s British Isles but also elsewhere in Europe? What changes took place in the Bronze Age and what evidence of them have we today?

Stonehenge was built around the same time as the Sphinx and the Great Pyramid of Giza in Egypt. The exhibition sets Stonehenge in the context of one of the most remarkable eras on the islands of Britain and Ireland, which saw huge social and technological revolutions, alongside fundamental changes in people’s relationships with the sky, the land and one another. 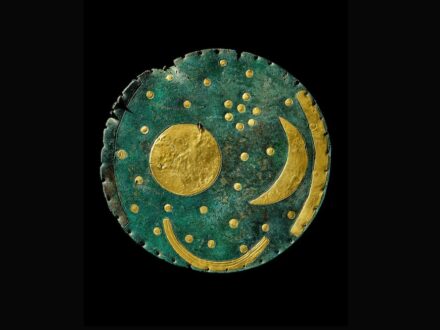 For instance, known is that at Stonehenge and at similar wooden circles on the British Isles and on the continent, people held the same ceremonies – at the same time of the year. The monuments are based on the same dimensions and also on a similar worldview.

Findings shown at the exhibition prove that people were interconnected over long distances – without modern transportation or media. In the Bronze Age all over Europe, new hierarchic systems were developed. They replaced the social structures of the stone age.

At the heart of the exhibition is the sensational loan of a 4,000-year-old timber circle, dubbed Seahenge due to its similarity to Wiltshire’s Stonehenge. It reemerged on a remote Norfolk beach in 1998 due to the shifting sands, and it consists of a large upturned tree stump surrounded by 54 wooden posts. The oak posts, some up to 3 m tall, were tightly packed in a 6.6m diameter circle with their bark-covered sides facing outwards. Inside the circle was a mighty oak, its roots upturned towards the heavens like branches.

A narrow entranceway was aligned on the rising midsummer sun and it is thought this monument was used for ritual purposes.

Visitors to the exhibition at the British Museum will see some of the monument’s most important elements, including many timber posts that have never been displayed before. 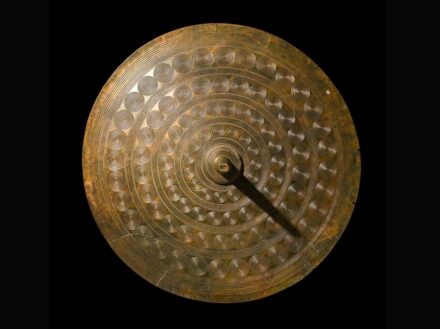 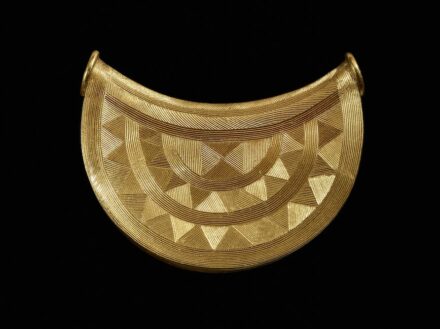 The objects on display come from 35 lenders across the UK, the Republic of Ireland, France, Italy, Germany, Denmark and Switzerland.

The Nebra Sky Disc is 3,600 years old and is the oldest surviving representation of the cosmos anywhere in the world. The 31cm (12-inch) bronze disc features a blue-green patina with inlaid gold symbols thought to represent the sun, moon, stars, the solstices and the constellation of the Pleiades. Apart from mirroring the sky, it is proof for long-distance economic exchange: the ore for its copper was mined in today’s Austria, its gold was imported from Cornwall to Nebra in Saxony-Anhalt in the east of Germany where it was discovered in 1999.

Alongside such international loans, visitors see some of the most important objects unearthed in the Stonehenge landscape. On loan from Wiltshire Museum is the whole hoard of objects that accompanied a burial known as the Bush Barrow site. This grave, with commanding views of Stonehenge, shows close parallels with the richest graves from northern France, eastern Germany and even Ancient Greece. 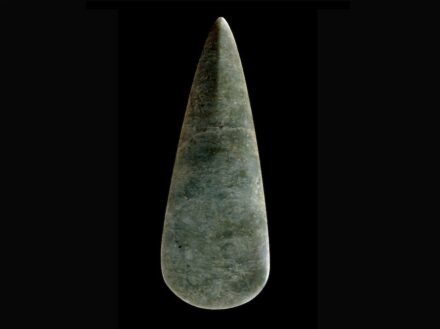 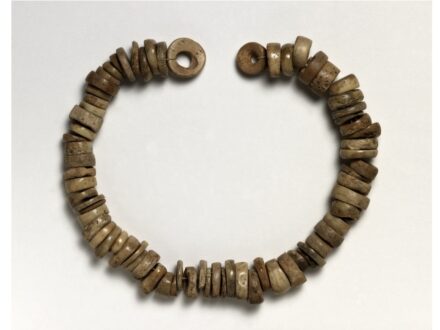 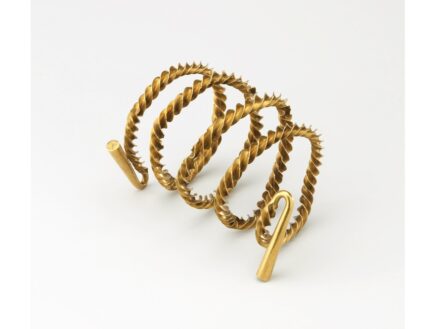 On show are also the treasures buried with the Amesbury Archer, a man honored with remarkable grave goods after his death. 39 of the items of his grave – including copper knives, gold ornaments and flint tools – can be seen in the exhibition. The gold discovered is thought to be among the earliest found in Britain. The Amesbury Archer was also buried close to Stonehenge, but he came from the area of modern-day Switzerland or Germany. His early dates mean that he could have participated in the construction of the iconic phase of the stone circle.

Hartwig Fischer, Director of the British Museum, said: “To understand the purpose of the great stone monument constructed on Salisbury Plain, it is essential to consider its contemporary world and the culture of its builders.”

Neil Wilkin, curator of The world of Stonehenge at the British Museum, said: “This landmark exhibition will begin to reveal Stonehenge‘s secrets by setting it in the context of a period of radical change on these islands, and by bringing together exceptional objects that shed new light on its meaning and significance. It is an exhibition about the people who built and worshipped at the monument, but it is also a story that transcends the Salisbury Plain and even Britain and reaches far into continental Europe.“