The Belgian artist duo Studio DŌ plays in its creations with the two sides of the stones, which are raw block and sculpture 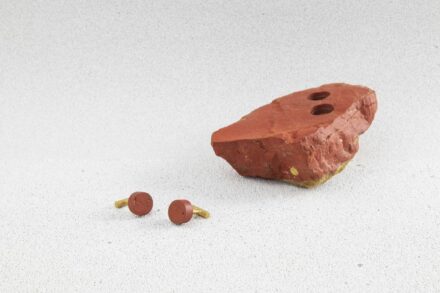 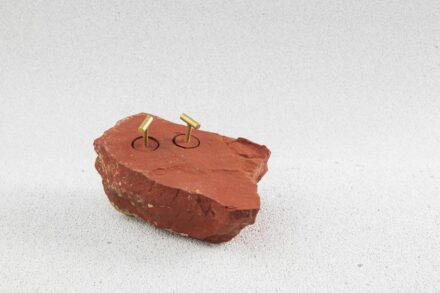 Rocks and ornamental stones both have two equally fascinating sides: on the one hand they exist as the pure material, which exudes great fascination, for example, in the quarry or in the raw block, and on the other hand they are the material for a processed form, for example, as a sculpture. Both variants – put them under one physical term: both aggregate states rarely occur together. At most, at trade fair booths, a processed object is sometimes shown at the front and the quarry at the back in a photo.

Now the Belgian artist duo Studio DŌ has brought the two states together in the case of some gemstones: the raw lump serves to store the piece of jewelry. This can be, for example, a pair of cufflinks milled out of the raw piece and put back into it at the end of the day. 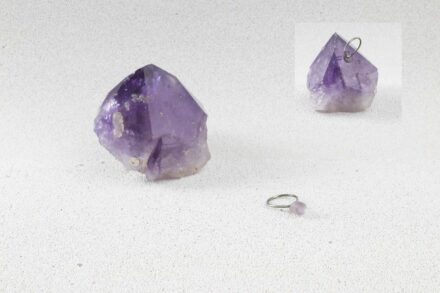 “Gemma ex Lapide“ is the title of the collection, loosely translated: from gem from stone. The artists are Dana Seachuga, a jewelry designer by trade, and Octave Vandeweghe, a visual artist. They usually go different ways but have joined forces for Studio DŌ.

Certainly, their works belong to the category of artworks rather than product design – we had given the generic term of “functional sculptures” to such objects on another occasion. The prices are steep and are probably intended to elevate the objects to the rank of collector’s items. 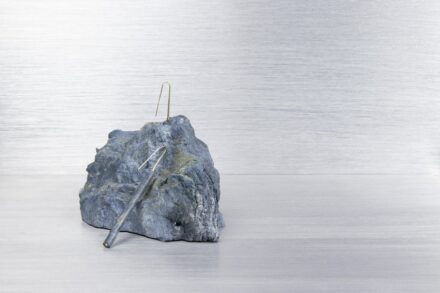 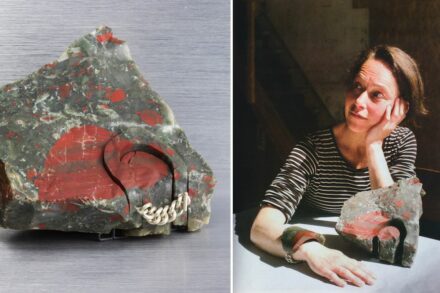 We do not even want to talk about the weight of the jewelry, such as the cufflinks, the earrings, or the bracelet.

What is impressive, however, is the ease with which the two artists give free rein to their ideas and associations. In the same way, the objects allow the buyer the experience of boundless freedom when shopping – consumption completely detached. 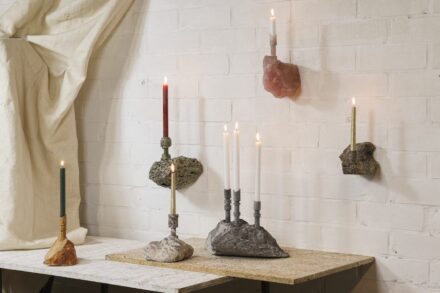 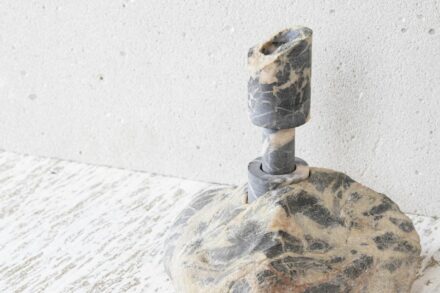 In the case of the collection “Abra Candelabra,” the two artists also play out their concept for various natural stones. This time it is about candlesticks enchanted, as you can guess from the name: the actual holder is cut out of a piece of stone, which in turn comes from the supporting raw block and is stuck in it. 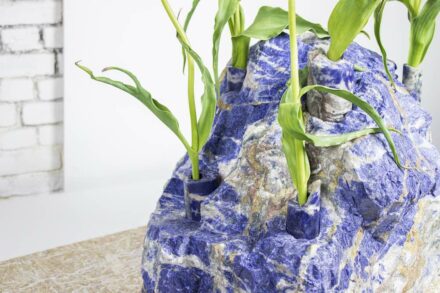 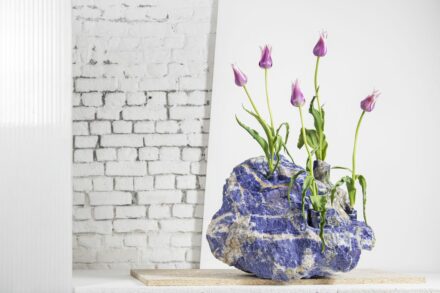 In the collection “Vessels“ the same principle is applied to vases.

On the designers’ web page, you can find more objects.

All artworks “come with an authentic metal stamped DŌ label embedded in the stone,“ says the webpage.

In their self-promotion, the two say of themselves, “driven by their affection for stone cutting, they research the material and cultural role of (gem)stones within the realm of functional objects. Using basic interventions, shapes, and aesthetics, they generate elementary actions to give a rock a (traditional) function. Studio DŌ works on design projects and takes commissions related to stone, art, design objects and jewellery. Label & Labour stand along each other as one, becoming inseparable.“ 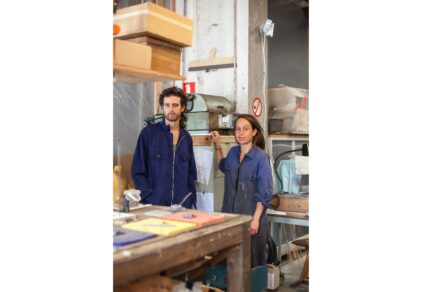