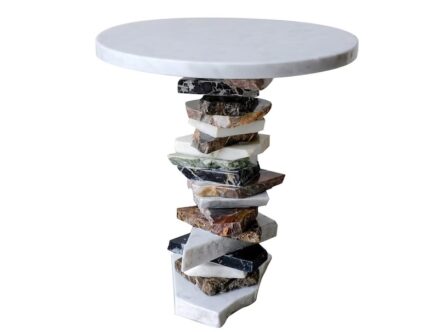 Stone Stacking is another word for Rock Balancing: it involves arranging randomly found pieces of stone in its delicate balance, which is not permanent. If this exists as a competition, the winner is the one who brings together the most unusual arrangements – in the end, the wind, or the waves on the beach sweep everything away again. There are even real artists in this particular discipline of LandArt.

Now the idea is also appearing in furniture design: Stone Stackers is what Shilpa Srinivas and Paolo Ciacci call their new brand. They have already established a company for furniture design with designinteriore studio, which, however, produces, let’s say: rather bourgeois design. And, by the way, also uses natural stone for this purpose. 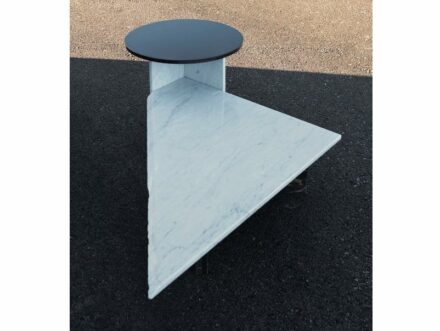 To describe the concept of Stone Stackers, let’s use a term from music: it is to stone design what free jazz is to jazz: conventional ideas of furniture are not followed at all or only marginally by the tables and consoles.

This complete freedom in design naturally calls for elements that are in turn indeterminable, from which the objects are composed – the two designers use waste pieces from the marble factory. 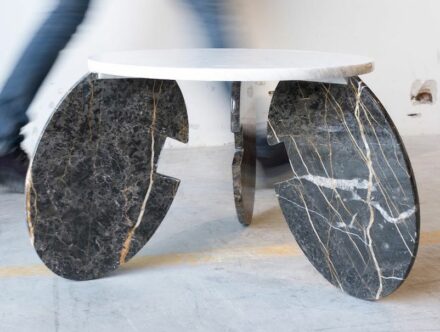 These are ennobled here by creativity, so to speak. By the way, to say it right away: also, in terms of price the pieces stand out as noble objects with 2500 to almost 5500 €.

So, of course, we wanted to know how the creative process goes on here, and Shilpa explained “The assembling process is extremely instinctive and spontaneous.”

You really have to think of it as the two of them looking in the backyard of a stone fabrication shop for pieces that somehow stand out, and then taking them. Well: they are not waste collectors, but designers for leftover pieces, and have a company as a partner, namely Simeg Marmi, which offers exclusive solutions in interior design with stone. 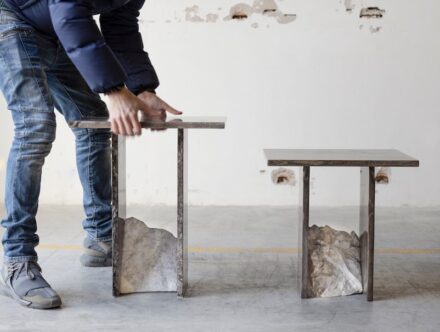 But the two are not only hunters, but also gatherers, and save special pieces until they find a use for them. The special thing about a piece can be its shape, or even the trace that a stone saw has given it, or the coloring or the veining in the stone.

Back to the production process: After the selection of the initial pieces, the compulsory program of assembling the object follows. It is a challenge, because the pieces are also designed for customers in distant countries, so they must be dismountable for transport.

Depending on the case, the composition is done with glue or screws. 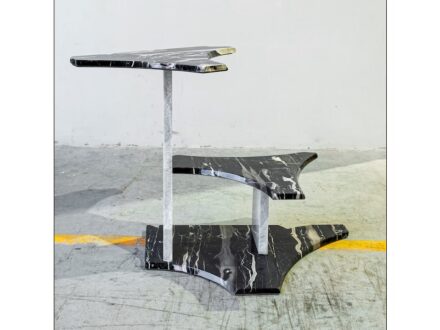 Conclusion: The uniqueness of each piece of stone is taken to an extreme here because no one can guess what the two will find on their next foray and how they will arrange it.

The webpage of the two is not finished yet. You can find Stone Stackers on the web shop Artemest. 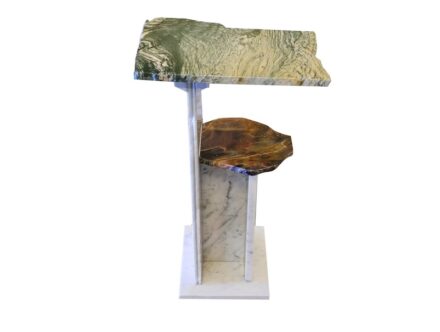 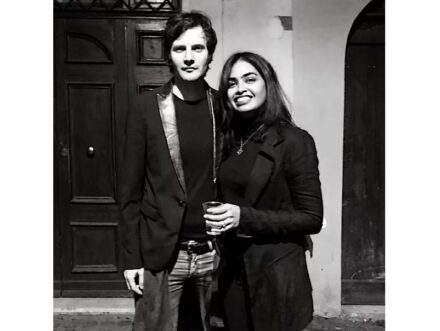