Against the fashion trends at the time of Christ’s birth: Herod bathed in a tub made of domestic alabaster, not from Egypt, although the country on the Nile stood for luxury and fine living 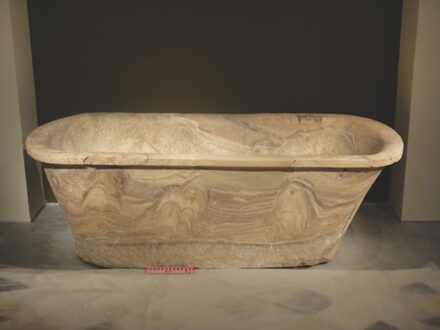 Herod the Great ruled Israel as king by the grace of Rome and appears in the Bible as commanding the infanticide in Bethlehem. He appreciated luxury and used only the finest materials for his palaces and buildings, according to the historian Flavius Josephus, who is considered a reliable source. Thus, scientists have agreed that the two alabaster bathtubs from Herod’s palace in Herodium and from the fortress of Kypros had to be made of Egyptian stone – the country on the Nile was considered an exclusive source of the hard calcite-alabaster, and the artisans there had the reputation of being the best in the entire Roman Empire.

Today one would say: design from Egypt was considered the finest that could be obtained.

But new research has brought a surprising result: the tubs are made of stone from underground quarries in Israel, and it was probably local stonemasons who shaped them.

A group of researchers from the Bar-Ilan University and The Hebrew University of Jerusalem examined the stone with four new analytical methods that had not been used for such purposes, before: inductively coupled plasma (ICP) analysis, routine infra-red (IR) spectroscopy, 1H- and 31P- solid state NMR (ssNMR) experiments and C and O stable isotope ratio analysis.

The methods also allowed to determine the origin of the alabaster used. During the research, an underground quarry in the Te’omim cave, located on the western slopes of the Jerusalem hills (near modern-day Beit Shemesh, Israel), came to the attention of the researchers. Here, the stone for Herod’s bathtubs had been extracted. 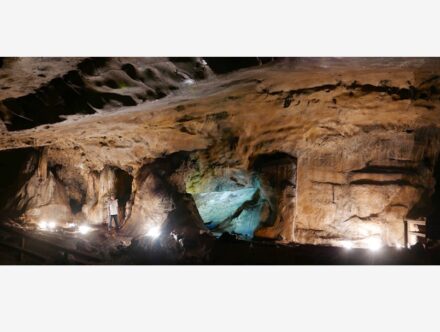 “The multidisciplinary approach adopted in this study provides information concerning both the composition and crystalline structure of calcite-alabaster and is significant for interpreting archaeological findings,“ said researcher Ayala Amir. “Combining analytic methods with archaeological studies may provide new and fascinating information that could not be obtained by traditional archaeological techniques.“

Conclusion: “The calcite-alabaster industry in Judea in the second half of the first century BC was sufficiently developed and of high enough quality to serve the luxurious standards of Herod, one of the finest builders among the kings of that period,“ said Prof. Aren Maeir.