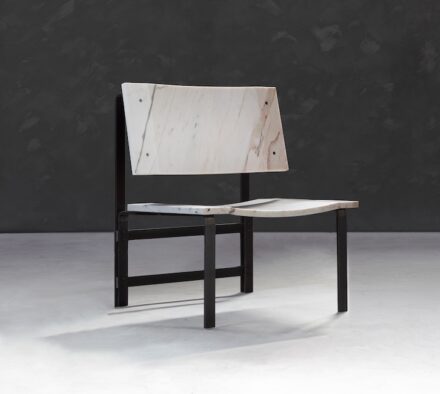 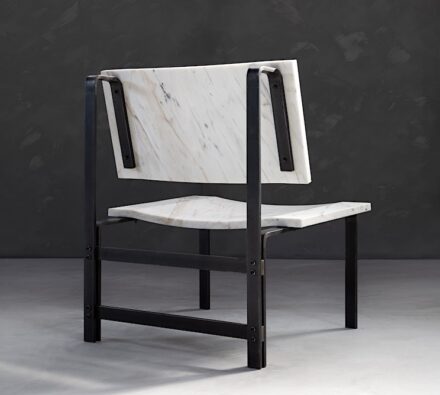 The Belgian artist gives stone, steel, glass, and wood functions that are not normally known from them

The material is at the center of his work. Belgian artist and designer Gerard Kuijpers has designed, for example, an armchair with a seat and backrest made of white marble in such a way that one wonders whether one is allowed to sit on it, the stone is so beautiful.

Or his “Dancing Stones,“ now a kind of trademark: it is impossible to overlook the fact that here a large mass is transposed into sheer lightness, which one would never have expected from such a piece.

He expresses this already in the first sentence with which he welcomes the visitor on the homepage in large letters: “For thirty-five years Gerard Kuijpers, autodidact, has been researching the essential qualities of steel, stone glass, and wood. In this way, he meets the core of his materials, whereafter he uses the power of their interaction.“ 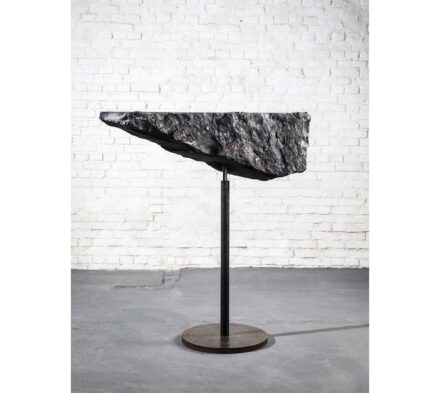 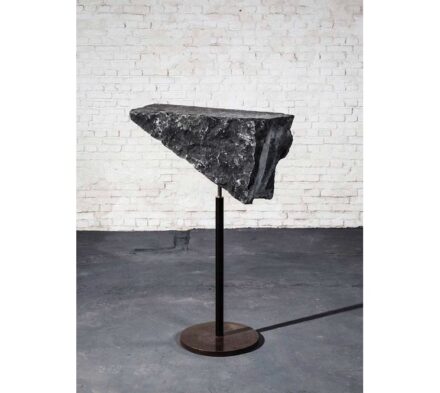 In fact, it changes the material, or more precisely, it changes the impression the viewer has of it.
“Relentless, Gerard Kuijpers moves, superposes, separates, and assembles until he finds the one and only moment of grace when the glass becomes clearer, the steel colder, the wood harder and the stone reveals its timelessness,“ it says in poetic expression on his web page. This already names the four materials with which he works.

It is also important for his kind of art that one does not even suspect the effort behind it: because to set raw stone chunks weighing mostly 180 kg in rotation on a thin steel rod requires not only a precise knowledge of which steel can withstand something like that but also of what the center of gravity of these chunks is all about and how to keep the occurring forces in check.

After all, part of the dancing stones is that a poke of the finger or simply a breeze sets them in motion.

The creative work also has a lot to do with mental dancing: Kuijpers doesn’t make designs but looks at the pieces of stone for a long time and lets the ideas for them circle around in his head. “Before, I used to fight with the matter whenever I encountered specific technical problems that I didn’t know how to solve. Then, I gave up fighting for dancing, and this paradigm shift allowed me to develop a new collection going beyond my limits,“ he writes.

We must now finally answer the central question of the stability of these works of art:
* hardened steel is used;
* the needle on which the stone rests runs in a steel bush in the stone, so that the frictional forces and stresses in the material are minimized;
* the needle protrudes at least 10 cm into the stone, so the thick chunk is virtually impossible to drop;
* Kuijpers emphasizes that such works are of course not suitable for children’s playgrounds.

But what is it about that variant with 500 kg weight? We hear Kuijpers laughing as he formulates the reply email to us: that was once an experiment, which he now has in his garden, he writes. The work has shown him that with more weight the effect is not greater. This brings him back to the material as such: “These artworks aim to trigger the mind and heart of the spectator to wonder how light and gentle these heavy stones actually are.“ 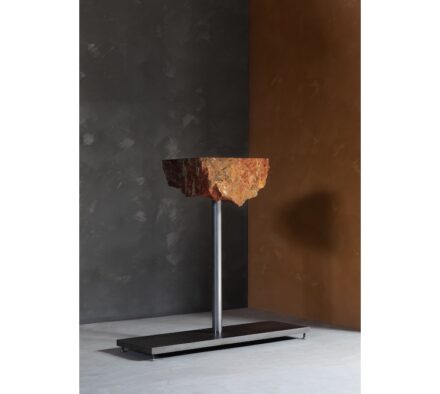 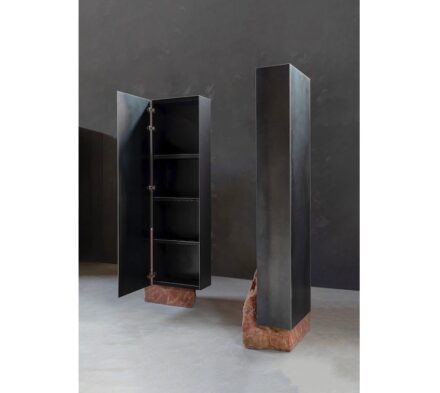 We were also struck on his homepage by how much he emphasizes being self-taught. Why is that so important to him? “Being autodidact, I was not influenced by teachers or schools, not even influenced by art history,“ he writes tersely. 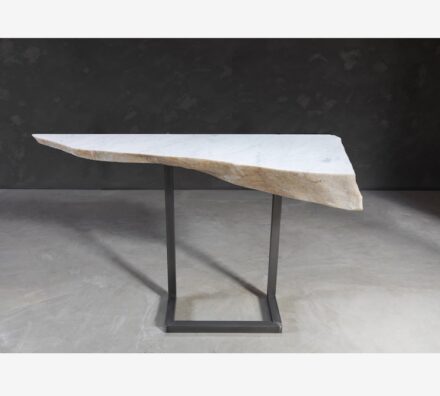 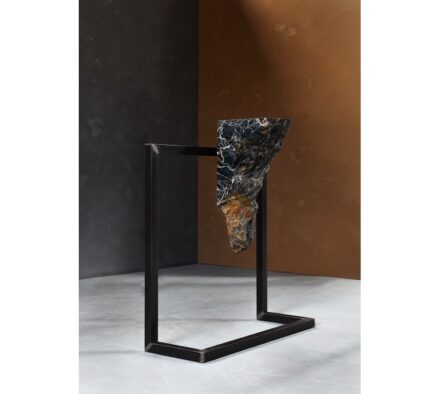 For many of his works, this has perhaps given him the artistic freedom to create everyday objects – such as the armchair mentioned above – that are on the one hand pieces of furniture, but on the other hand, undoubtedly works of art. We show some of these works, which we like to call Functional Sculptures. 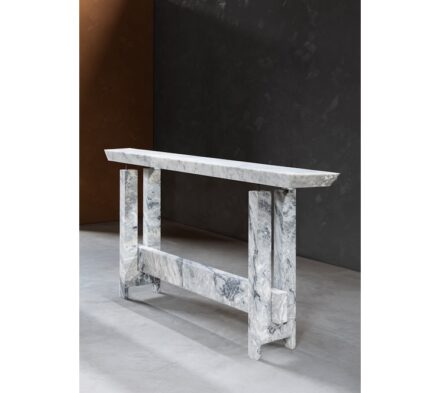 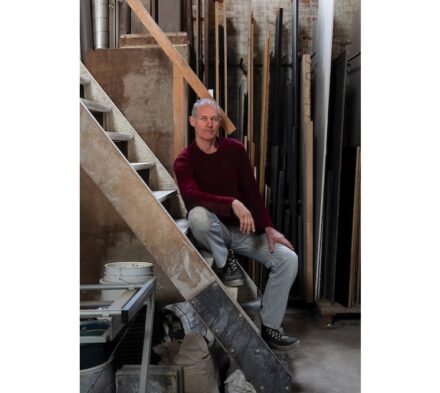