Peter’s Corner: when, if not now, does the natural stone sector want to put extra effort into marketing? 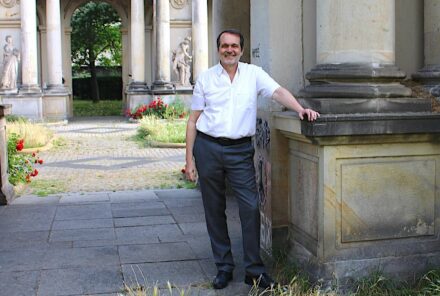 Circumstances have never been so favorable for the natural stone sector. And probably the opportunity has never been better for marketing, at least for the companies and associations in the western world.

Let us enumerate the main reasons:

* the flow of goods from low-cost countries in Asia, especially China, is still disturbed. When ordering from there, the customer must be prepared for months of waiting. This takes away from their business model: if the consumer cannot get a product in the end, even the cheapest offer is no longer interesting.
In China, moreover, the prospects for the near future are not good, because the government does not seem to be getting a grip on the problem with its Covid-19 strategy: most recently, in May 2022, parts of the capital Beijing were subjected to a month-long hard lockdown; Shanghai had suffered a similar fate a few weeks earlier.

* Western customer interest in domestic natural stone has grown strongly, and at least when it comes to investments in the home, an ecological awareness seems to be taking root. The work of the stone associations, which have supplied good factual arguments in favor of natural stone with life cycle assessments, has a positive impact here.

Whereby it should be added that the term “domestic“ is understood rather blurrily in Europe: in the EU with its twenty-seven member states from Portugal to Poland and from Finland to Cyprus, all products from there are understood as somehow domestic. By the way, Turkey is also considered part of the EU in this respect.

* Moreover, the big competitors of the stone industry, the manufacturers of ceramics and artificial stones, are currently under real pressure – they suffer from galloping costs: they are large consumers of energy since they must fire their materials or produce them in elaborate steps under heat and pressure. The war in Ukraine has also deprived the ceramics industry of a source of supply for its raw material, clay.

So, when, if not now, is the right time to step up marketing efforts for natural stone?

This observation is not a figment of our imagination. We had recently taken part in a quarry tour organized by the Belgian association Pierres et Marbres de la Wallonie, to which architects, interior designers, and stonemasons were invited, and with this action, the national association wanted to take advantage of the favorable conditions and tie in with the past, when the country once exported varieties such as the Belgian bluestone (Petit Granite), the limestone Vinalmont, or its red and black marbles all over the world.

By the way, Pierres et Marbres de la Wallonie is known to be very active and successful also in the domestic market: according to Dr. Carlo Montani’s annual statistics (“XXXII Rapporto marmo e pietre nel mundo 2021 / XXXII Report marble and stones in the world 2021“, the country ranks fourth in the world in per capita consumption of ornamental stones. In 2020, Belgians had consumed 986 calculated units (square meters of 2 cm thickness) per person, behind the Swiss (1585 units), the Saudis (1431 units), and the South Koreans (1097 units). At the same time, that year had been comparatively bad for the Belgians; normally they average between 1400 and 1700 units.

We will report on the quarry tour through Belgium soon.