The exhibition “Beyond Hellas: Santiago Calatrava in the Glyptothek“ (through October 23, 2022) features a dialogue between the permanent collection of sculptures and the renowned architect, engineer and artist 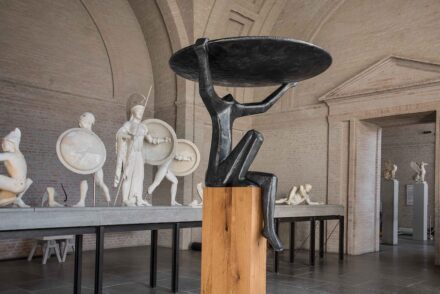 Curator Cristina Carrillo de Albornoz explains the show through Oktober 23, 2022, in the Munich Glyptothek: “This exhibition merges the leading pillars of Santiago Calatrava‘s work. His everlasting interest in the human body, his great admiration for Antiquity and ancient Greece, his works on dynamic equilibria, and his quest for modernity, through motion.”

The main focus of the exhibition will be Santiago Calatrava’s new sculptural series, entitled “The Aegineten,” which encompasses a body of work that has been in development for the last 30 years. It consists of 14 wrought iron, large-format works on a base of aged oak. These sculptures are crafted to appear as modern, almost abstract variations of the ancient warriors of the Temple of Aphaia in Aegina, particularly drawing upon the spirit of the circular dynamic compositions of the shields of the ancient warriors in the temple that have been updated with modern vocabulary. 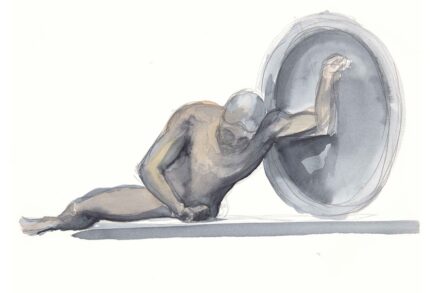 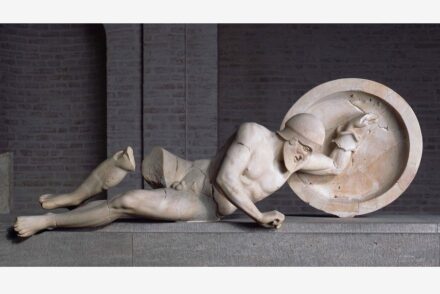 “When I stood in front of the warriors at the Temple of Aphaia in the Glyptothek, I witnessed an unexpected modernity, and beyond the perfection of classicism,” said Santiago Calatrava. “Throughout my career, histories and cultures have played a large role in my design process which is visible in The Aegineten.”

More than three decades ago, while visiting the Staatliche Antikensammlungen and Glyptothek, Calatrava was deeply enthused by the marble works from the Late Archaic temple of Aphaia in Aegina. These dynamic works (Athena, with groups of combatants, fallen warriors, and arms), located at the east and west pediments of the temple, featured scenes of the epic Trojan Wars. This encounter led Calatrava to create a colossal corpus of hundreds of drawings and unique sculptural works over the past 30 years, making up “The Aegineten.” 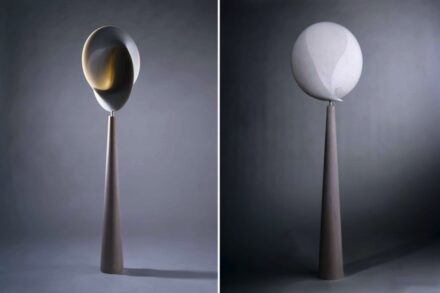 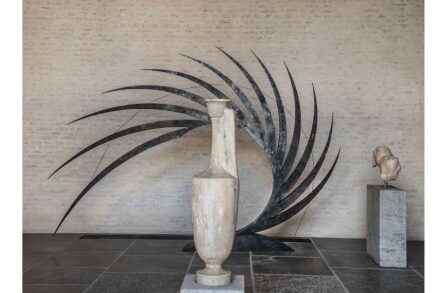 Complementing this new series is a selection of Leporellos, watercolors and studies that depict Calatrava’s interest in the human body and nature, which in turn influences his architectural style. Other large-scale sculptural works in this exhibition include steel and wooden leaf sculptures from Calatrava’s organic period and a selection from his Cyclades marbles series which were inspired by the archaic sculptures found in the homonymous Greek Islands. These works connect to the general theme of the Classical Greek era, which was the basis of European art, philosophy, society, and education and continues to be intrinsic to overall Greek culture.

To accompany the exhibit, a fully illustrated catalog of the artwork will be published by Hirmer Publishers. More information can be found here: https://www.hirmerverlag.de/eu/titel-3-3/santiago_calatrava_in_the_glyptothek-2352/

Born in the Spanish city of Valencia, Santiago Calatrava is an architect, civil engineer, painter and sculptor. After completing his studies in Civil Engineering at the Federal Institute of Technology in Zurich, he opened his first office in Zurich in 1981, where he still maintains his firm’s headquarters. He also has offices in New York and Dubai.

His most recent projects include a new commercial office building at the Stadelhofen Railway Station in Zurich, which will include parking for nearly 1,000 bicycles, the Cosenza Bridge in Italy, World Trade Center Transportation Hub in New York, the record-breaking Dubai Tower and the UAE Pavilion and Qatar Pavilion for Expo 2020 in Dubai. 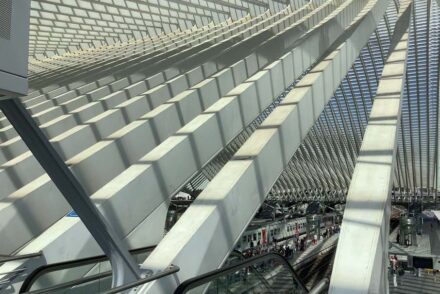 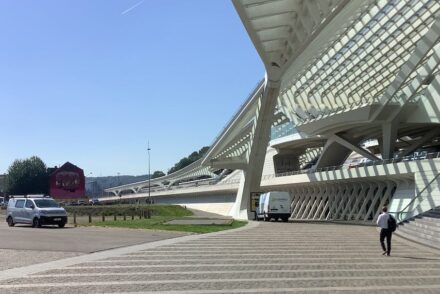 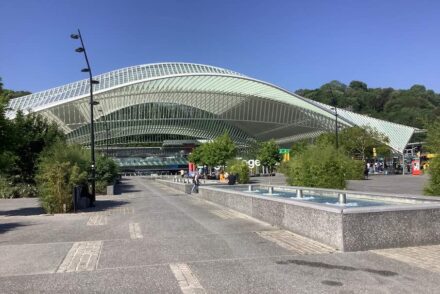