Italy’s stone sector was chosen as the country’s first industry branch to be internationally promoted by the new campaign titled “Italy is simply extraordinary: be IT” 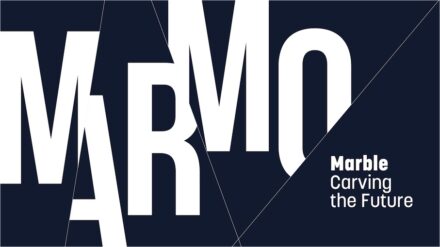 Italy’s stone sector was chosen as the first industry branch to be promoted by the country’s new branding campaign “Italy is simply extraordinary: be IT”. The aim is to foster the sector’s exportation by „presenting the know-how, traditions and heritage of the marble industry to the international public, highlighting an evolution featuring research and innovation, advanced technology and creativity“, said the Minister of Foreign Affairs and International Cooperation, Luigi Di Maio, at Confindustria Marmomacchine’s General Assembly in Milan in June 2022.

The campaign comprises an exhibition in a „trans-media format ensuring a highly scenic impact, (which) will offer the international audience a journey across the Italian world of the marble industry, from quarrying techniques, to machinery for the artful processing of stone, to finished products and the latest applications of artificial intelligence.“

We show a preview of the video titled „Marmo. Carving The Future“ as part of the campaign:

The project, realized in cooperation with several association member companies, will be launched in autumn 2022 and will travel to several target countries, according to the Confindustria webpage. Those countries are Australia, China, India, Uzbekistan, Qatar, United Arab Emirates, Saudi Arabia, South Africa, Ethiopia, Germany, United Kingdom, USA, Mexico, and Brasil.

As said on the webpage, the campaign will be „primarily focusing on digital channels and the younger generations, new users and promoters of Made in Italy excellence.“
In recent years, Italian authorities discovered that the country’s former successful image was aging and that a new branding was needed. A study called „Be-Italy! Exploring the dynamics of Italy’s international reputation“ was commissioned.