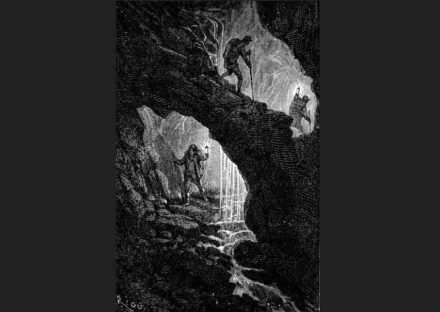 Some microorganisms are active even without sunlight

The oceans and also terrestrial habitats on the surface of the continents are considered to be the ecosystems with by far the highest biomass production on earth. For the necessary conversion of inorganic into organic carbon compounds, algae and plants use photosynthesis. But since sunlight does not penetrate into the subsurface, primary production there is hardly to be expected.

Yet analyses of microorganisms in groundwater have indicated that even here, many microorganisms are capable of primary production. In the absence of light, they must obtain the energy from oxidising inorganic compounds, like from reduced sulfur of the surrounding rocks.

Researchers led by the University of Jena and the German Center for Integrative Biodiversity Research (iDiv) have now also shown how large these processes are in terms of quantity. The result: “The rates we measured were much higher than we anticipated,” says the first author of the study Dr Will Overholt, Postdoctoral Researcher at Friedrich Schiller University Jena. They equal rates measured in nutrient-poor marine surface waters and are up to six-fold greater than those observed in the lower zones of the sunlit open ocean, where there is just enough light for photosynthesis.

The researchers carried out measurements of microbial microorganism carbon fixation in a subsurface aquifer, 5 to 90 m belowground. They used radioactively labeled carbon dioxide.

As for looking at the microorganisms as such, metagenomic analyses indicate species that belong to a yet unclassified order of Nitrospiria: “As food, these organisms are thought to form the basis of life for the entire groundwater ecosystem with all of its thousands of microbial species, similar to the role algae play in the oceans or plants on land,” says Overholt.
The results not only shed new light on habitats on earth. They are also important for the management of groundwater. “Our findings offer new insights into how these subsurface ecosystems function, giving clues on how to monitor or remediate groundwater sources,” says Kirsten Küsel, Prof Kirsten Küsel at the University of Jena and iDiv.