World Wealth Report: which countries are the preferred whereabouts for the rich and super-rich? 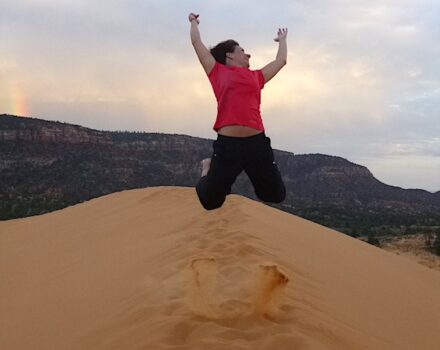 The top 10 targets in 2022 will be UAE, Australia, Singapore, Israel, Switzerland, the US, Portugal, Greece, Canada, and New Zealand

Some market researchers assess the strength of a country’s economy by the potential for the rich and super-rich, not by the usual numbers. Important for them is the in-and-outflow of the so-called HNWI (High Net Worth Individuals = millionaires and billionaires). In a forecast for 2022 by South African market researcher News World Wealth, the top 10 countries in terms of net inflows of HNWIs are the UAE, Australia, Singapore, Israel, Switzerland, the US, Portugal, Greece, Canada, and New Zealand. The data are published on the webpage of investment advisory firm Henley & Partners‘ (H&P).

Large numbers of millionaires are expected to move to ‘the three Ms’: Malta, Mauritius, and Monaco.

But at the same time, destinations that traditionally attracted wealthy investors are losing their luster. The UK, once touted as the world’s financial center, continues to see a steady loss of millionaires, with net outflows of 1,500 predicted for 2022. This trend began five years ago when the Brexit vote and rising taxes saw more HNWIs leaving the country than entering for the first time. The UK has suffered a total net loss of approximately 12,000 millionaires since 2017.

The appeal of another financial giant, the US, is also dwindling fast. America is notably less popular among migrating millionaires today than pre-Covid, perhaps owing in part to the threat of higher taxes. The country still attracts more HNWIs than it loses to emigration, with a net inflow of 1,500 projected for 2022, although this is a staggering 86% drop from 2019 levels, which saw a net inflow of 10,800 millionaires.

The worldwide forecast for the countries in strong loss of their HNWI sees Russia, China, India, Hong Kong, Ukraine, Brazil, the UK, Mexico, Saudi Arabia, and Indonesia as the top 10 nations.

In the second quarter of 2022, Russia has suffered the biggest emigration of millionaires, with forecast net outflows of 15,000 by the end of 2022 – a massive 15% of its HNWI population and 9,500 more than in 2019, pre-pandemic. Russia’s invasion is in turn driving a steep spike in outgoing HNWIs from Ukraine, which is predicted to suffer its highest net loss in the country’s history – 2,800 millionaires (42% of its HNWI population) and a net loss of 2,400 more than 2019.

At the moment, the world for the rich and super-rich seems to be in motion, as Dr. Juerg Steffen, CEO of Henley & Partners, says: „Next year, the largest millionaire migration flows on record are predicted – 125,000 – as affluent investors and their families earnestly prepare for the new post-Covid world, with an as yet-to-be revealed rearrangement of the global order, and the ever-present threat of climate change as a constant backdrop.”

Andrew Amoils, Head of Research at New World Wealth, gives some general information why a nation’s economy is mirrored in the HNMI data: “Countries that draw wealthy individuals and families to migrate to their shores tend to be robust, with low crime rates, competitive tax rates, and attractive business opportunities. Affluent individuals are extremely mobile, and their movements can provide an early warning signal into future country trends.”