Bulgarian sculptor Georgi Minchev is in search of the “universal language“ that connects all people and, moreover, of “the philosophy that is in the matter“ 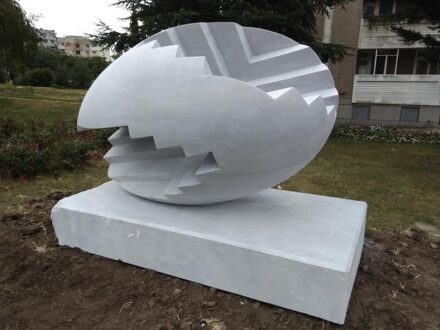 We had asked by mail whether he has a soft spot for the natural sciences, because Georgi Minchev, Bulgarian sculptor, and artist from, seems to play with geometry or physics and occasionally chemistry in almost all his sculptures. His answer, however, showed that we had not hit the core of his art: Of course, he is interested in science, he emailed back, after all he is interested in the material, but rational thinking along the laws of science is not his guideline.

Rather, he was interested in the “universal language“ that connects all people and, beyond that, in “the philosophy that is in the matter.”

All of these works are objects with a somehow round shape – as a sphere, as an ellipse, as an egg, etc. – and then in each of them, there are cutouts that play with the opposite, namely have strictly rectangular shapes.

This is not enough, and the viewer suspects that there is more to see here. 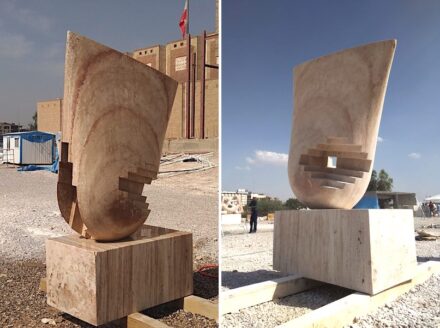 Because when you walk around such an object, you suddenly discover things that were not visible from the front. New sections of the already described rectangular kind open up, sometimes there are even views through the whole object, so that in the end one wonders what finally holds the whole work together.

For Georgi Minchev, circle and rectangle are components of the “universal language“ already mentioned above. Both are deeply anchored in the thinking of mankind, he writes…

… and he as an artist, we now add, digs them up and plays around with them a bit. So that the viewer may ask himself what he actually sees when walking around the object, what is there or what he already has in his head.

Hm. We can’t quite put our fascination with his work into words either. 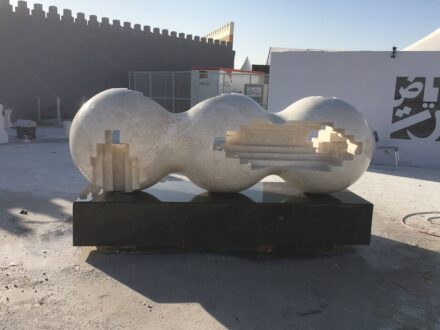 In any case, the objects from the series “Fragment of Something Larger“ were very appealing to us, probably also because of the tremendous precision with which the artist executes the right angles inside the stone. His work is said to be conducted with “surgical precision“ as is aptly described in a blog. 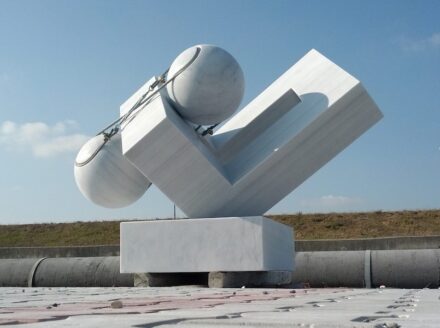 The series “≈ ∞ Nearly Infinite“ is completely different. Here, for the title of these works, he even uses the two symbols that stand for infinity in mathematics, and also gives them to the objects in the form of steel cables. 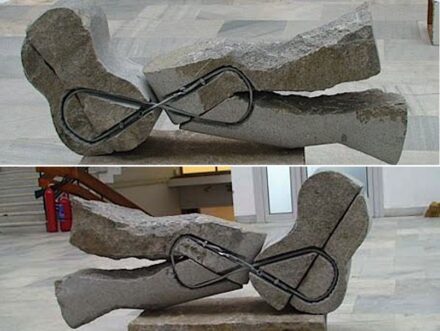 The ropes are put under tension with simple devices, and thus hold together the individual parts of the object. However, this is not always done with the precision known from his usual work. Sometimes the individual parts are only fragments that would be practically worthless without the steel cable. 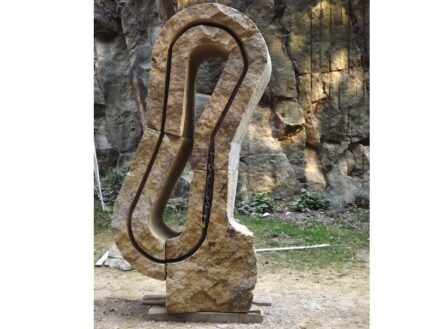 By his own description he writes: “tensioning all elements changes the angles of the elements have to each other, placing them in ‚impossible‘ positions, creating an unusual, extraordinary sensation.“ 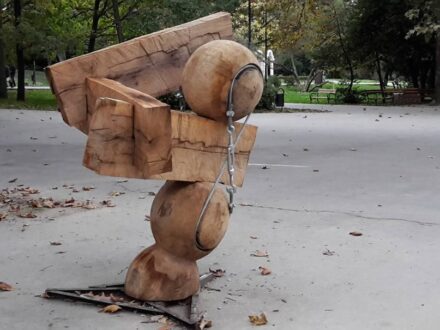 His parents were involved in literature, he writes in response to our question. This has something to do with his art, he says, in that he has an “ability to switch gears“: the library at home was as big as the entire library in the city, and so he became acquainted with very different ways of looking at things as a child.

He lives in the city of Veliko Tarnovo and is a professor of sculpture at the local university. 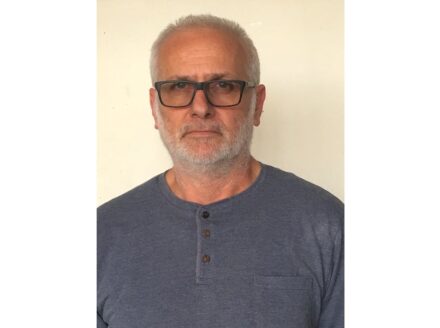