Embedded in the subducting tectonic plates, ocean water in large amounts reaches the transition zone in the Earth‘s mantle 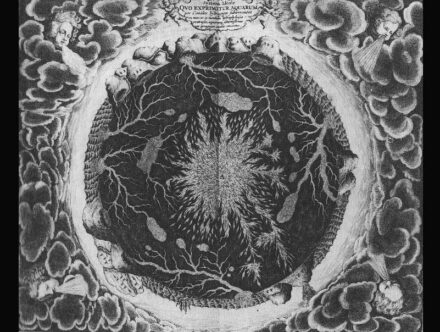 Nevertheless, there is no real sea there, only rock that would not be moist and would not drip

The transition zone between the upper and lower mantle contains large amounts of water. This is the result of an international study by scientists from Germany, Italy, and the US. They analyzed a rare diamond from a depth of 660 m using Raman spectroscopy and FTIR spectrometry, among other techniques. The study shows what has only been suspected for a long time: Ocean water reaches the transition zone together with the subducting tectonic plates.

The transition zone (TZ) is the boundary layer separating the upper and the lower mantle. It lies between 410 and 660 km in depth. Deep-sea sediments are transported piggyback into the Earth’s interior with the descending plates. These sediments can store large amounts of water and CO2. But how much of it reaches the transition zone was unclear until now. And thus also whether large amounts of water are stored there.

There have been speculations about this question for a long time: “Theoretically, due to certain minerals there, the transition zone could hold six times the amount of water in our oceans,“ says Professor Frank Brenker from the Institute of Geosciences at Goethe University in Frankfurt.

The international team of researchers analyzed a diamond from Botswana. It had been formed at a depth of 660 km, directly in the contact area of the transition zone with the Earth’s lower mantle, where the typical mineral is ringwoodite. Diamonds from this depth are very rare, even among the already rare diamonds of super-deep origin, which account for only one percent of diamonds.

The analyses revealed that the diamond had numerous ringwoodite inclusions – and these have high water content.

In addition, the research group was able to determine the chemical composition of the stone. It corresponded to the composition of almost every Earth mantle nodule that can be found in basalts worldwide. Thus it is certain that the diamond initially came from an ordinary piece of the Earth mantle.

However, this is not proof of Jules Verne‘s old novel idea that there was an ocean in the inner Earth. In that part of the mantle, there is only rock with a high water content, which, according to Brenker, would not even feel moist and would not drip.
But: the transition zone’s high water content has far-reaching consequences for the dynamic situation inside the Earth. What it leads to can be seen, for example, in the hot mantle plumes coming from below, which get stuck in the transition zone.

If these smaller water-rich mantle plumes then migrate further upwards and break through the boundary to the upper mantle, the following happens: The water contained in the mantle plumes is released, and that lowers the melting point of the emerging material. It melts immediately and not just before it reaches the surface, as usually happens.

As a result, the rock masses in this part of the Earth’s mantle are no longer as tough overall, giving the mass movements more dynamism. The transition zone, which otherwise acts as a barrier to the dynamics there, suddenly becomes a driver of global material circulation.