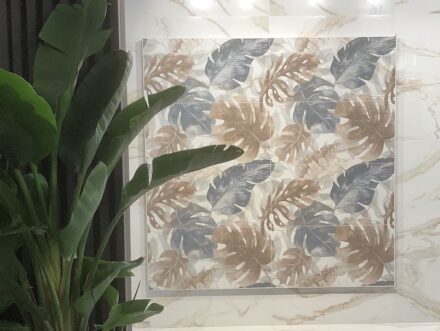 Sustainability was the defining theme everywhere, natural stone copies or large formats only made a marginal appearance

The defining theme of the Cersaie trade fair in 2022 (September 26-30) was sustainability. In a very big way, ceramics were promoted as a “green“ material at this 39th show for architectural Ceramic Tile and Bathroom Furnishings. Also presented was a new campaign by the industry, which we will report on shortly. The energy crisis came up only in passing.

All the booths dealt with the ceramic manufacturers’ commitment to renewable energies. For example, the Iris Ceramica Group presented its concept for the use of hydrogen as an energy source. 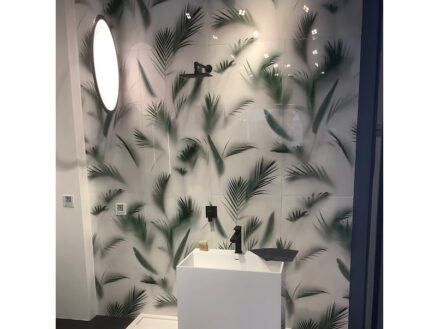 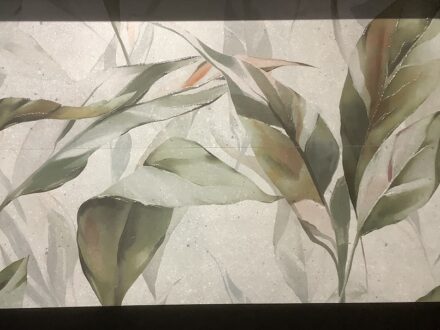 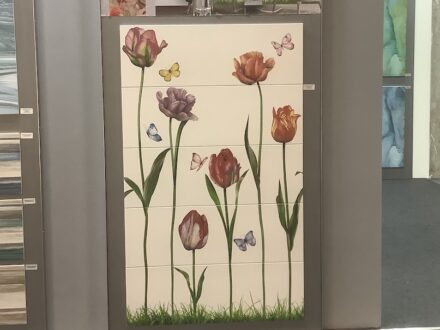 In this context, it was also striking how many manufacturers presented tiles with plant motifs. At almost all the stands, visitors found motifs of leaves or flowers, and even entire meadows or forests were depicted. The spectrum of representations ranged from concrete to abstract in all variations. There was talk of “Tropical Trend“ at some booths. We show some examples.

Presumably, these were motifs that the companies have had in their catalogs for some time and which they only put in front at their booths this time.

Many of the motifs can be used both individually as accents on a wall or as wide arrangements.

The big themes of previous years, copies of natural stone or huge formats, were shown again, but were no longer the focus of the presentations. 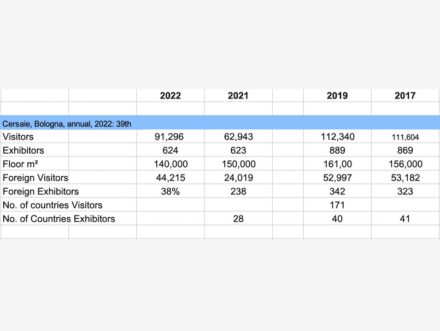 624 companies were represented as exhibitors at this Cersaie, 38% of which came from abroad. The exhibition area amounted to 140,000 square meters. Some of the halls were not occupied, which was not really noticeable because many are double story. 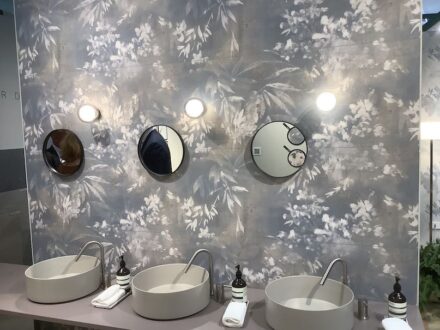 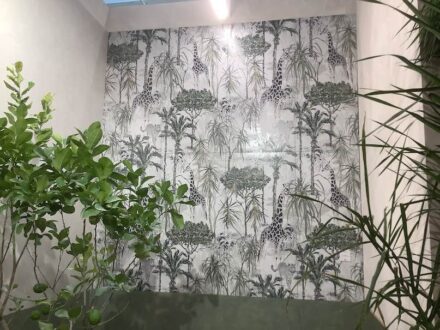 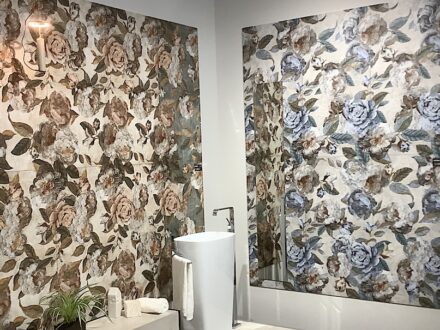 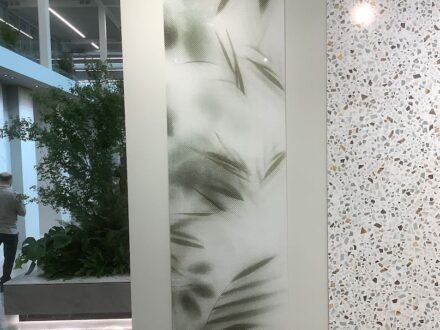 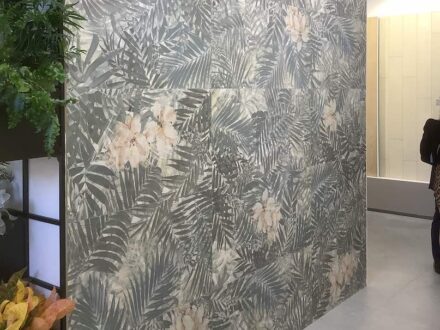 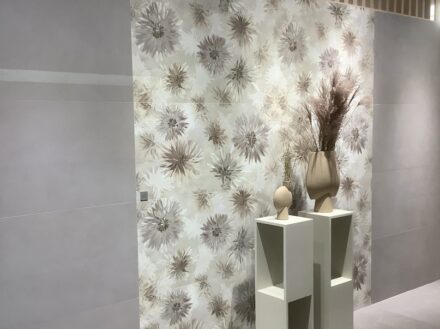 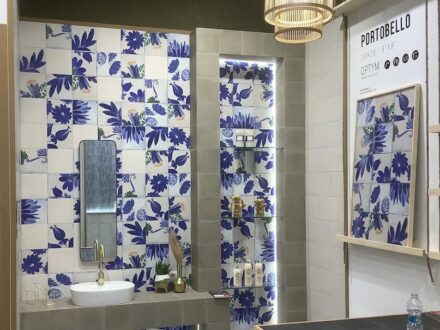 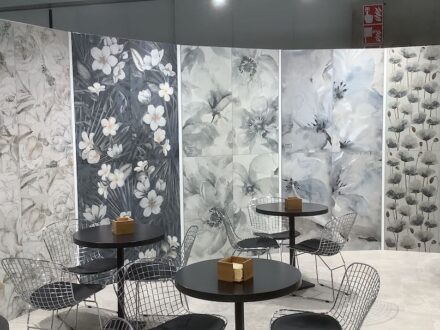 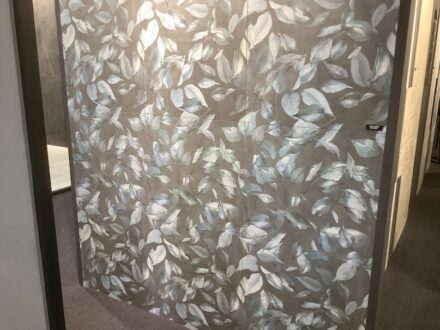 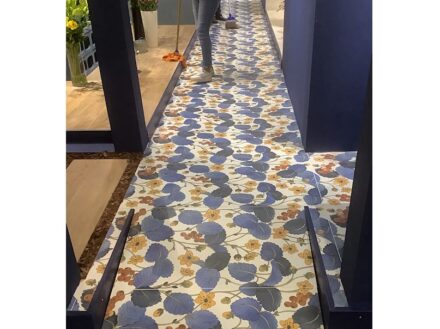