Unesco’s list of Intangible Cultural Heritage warns: the Ahlat stone craftsmanship in Turkey is in danger of getting lost 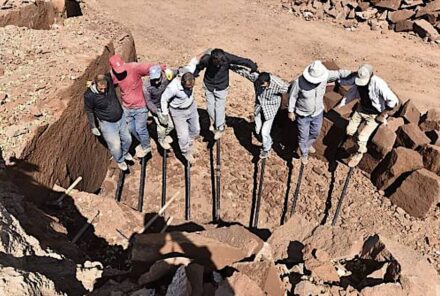 Causes are the lack of new apprentices, modern building techniques and new materials used in the region at the foothills of the Nemrut Mountain

The 2022 meeting of the Unesco’s Intergovernmental Committee for the Safeguarding of the Intangible Cultural Heritage took place in November/December in Rabat, Morocco. Four craftmanships were added to the separate list of tradions in serious danger of getting lost and forgotten, among them the Ahlat stonemasonry work from Turkey.

Ahlat stone is a volcanic material quarried at the foothills of the Mountain Nemrut. Over generations, workers have developed a special know-how to extract the stone with simple tools. The extracted stone is cut and shaped, then ornamented by stone sculptors with hand-held tools. 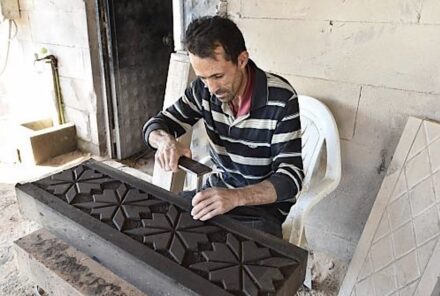 The ornamentation on the Ahlat stone is formed by scraping, relief and carving techniques, generally using organic, geometric and calligraphic shapes.

Folk calendars and traditional knowledge of nature play important roles in the quarrying as well as in architectural construction.

The stonemasonry practice has been transmitted from generation to generation for centuries, but its viability has faced serious threats in the last decades, including demographic changes (difficulty finding new apprentices due to the sharp decline in population and migration to big cities) and the widespread use of modern building techniques and materials in the region

Newly added on the list of Intangible Cultural Heritage of Humanity were 39 elements. The cpmlete list now comprises list comprises 678 elements corresponding to 140 countries. They are folklore, customs, traditions, knowledge, and know-how. Examples are L-Għana, a Maltese folksong tradition, Nordic clinker boat traditions from Scaninavia, Pasillo, song and poetry from Ecuador, or Zambia’s Budima dance, just to name a few.