Italian sculptor Massimiliano Pelletti creates sculptures based on classical models, from which geology and nature speak 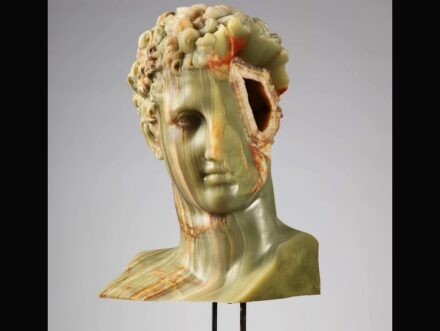 Parts of the stone remain strikingly unworked, the rest bears a classical form

Good art enters into a dialogue with the viewer, critics write. That this is true can be experienced for oneself in the works of the Italian sculptor Massimiliano Pelletti: at first glance, one has grasped his works in stone, but at the latest at the second glance one sees the inconsistencies that exist – fractures or flaws in the stone, veins, or cracks in the surface. Thus, suddenly and of its own accord, a new stage opens up for the work of art, and in this case the material, as it were, steps right up to the front of the orchestra pit and lets its very own melody ring out.

Pelletti comes from Pietrasanta, the sculpture town not far from Carrara. From his childhood on, he has lived together with the stones that are quarried or processed there, and in this respect, he can develop an idea for every lump that crosses his path somewhere.

A special feature of his working method is that he leaves parts of the stone unworked. Most of the time, these are the zones that are actually considered defects and because of this, the lump would normally be sorted out. 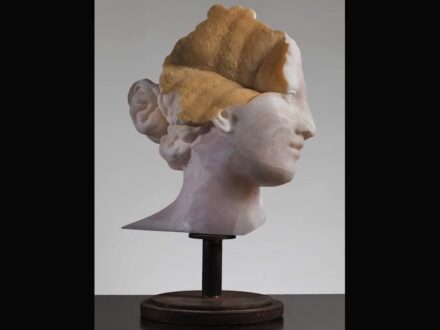 Around these defects, however, he arranges a classical sculpture that everyone knows.

That he has chosen this way of sculpting seems inevitable if you know his life path and passions.

“I discovered art in my grandfather’s studio,“ he says of his childhood and the daily walk from his parents’ first floor apartment to the family workshop on the first floor. “I could find him working marble, always next to the same window.“

It is all about the light that brings a sculpture and the surface to life, the old gentleman tells him, one of the secrets of sculpture.

Now one could assume that Pelletti’s path to art was straightforward. But on the contrary.

The old man taught him the craft (“He couldn’t help it: I was permanently in his studio,“ Pelletti writes), but he did not really want to see him in the profession: The work on the stone would be “too hard and tiring,“ so the warning.

Pelletti he nevertheless decided to go to art high school. Afterwards, he turned to the university and studied… Philosophy! 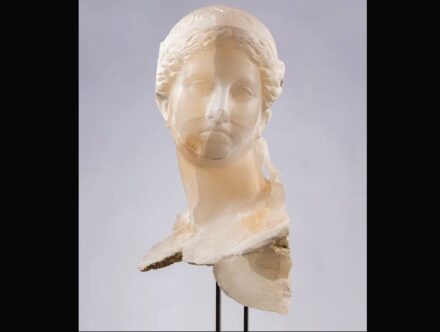 His desire was “to seek an open-mindedness that would allow me to grow and develop an artistic language,“ as he writes.

His “passion for geology“ also contributed to his current style: “It has driven me to search for materials with special characteristics so that the geological formation of such materials lives within the work as a story.“

In his creations, the background of the works always reflects the workshop of his grandfather. From him, in fact, he had received a collection of casts of classical sculptures, and these forms he also transfers to the stones he has chosen.

In a way, “I reinterpret a heritage that belongs to me since birth,“ he formulates. Sometimes he is influenced by other cultures, such as “African art, which is another of my passions.“ 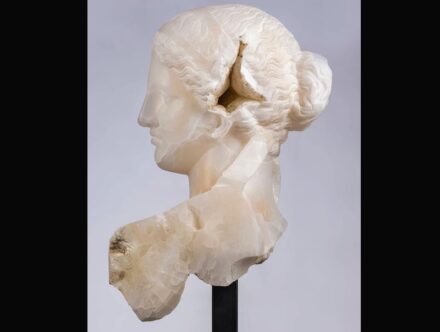 In October 2023, the Frieze Art Week London art fair will exhibit twenty new works of his that he is currently making. In parallel, he is creating a crucifixion scene for the new construction of a church. In the village of Forte Dei Marmi, not far from Carrara, there is a public sculpture of him.