Women prefer to buy from women, researchers have found 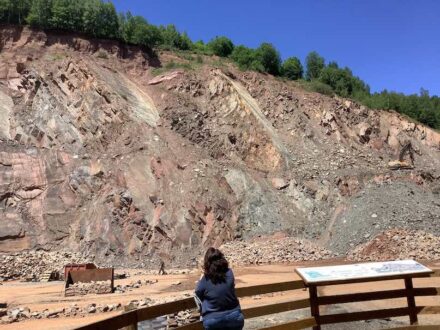 The stone sector needs more women as contributors. This is an old finding and has led to initiatives such as Women in Stone, Le Donne del Marmo and Women’s International Stone Alliance. Now a new angle on the issue is emerging from consumer research: Women prefer to buy products made by women. This is the result of numerous studies by scientists from the Copenhagen Business School and the Technical University of Munich published in a report in the Journal of Consumer Psychology.

This finding is of particular importance for the stone sector for two reasons: firstly, its customers are mainly women, namely private individuals who decide on the interiors of houses and apartments, or interior design firms with a share of women close to 100%, or architectural firms with a high share of women as well.

Works by women sculptors are also part of this, but they do not count as everyday products, which is what we are concerned with here.

In 13 studies, the two research teams identified the particular interest of female consumers in women’s work. They cite various reasons for this: there is a penchant among women for personal and individual buying experiences or also the desire to contribute to equal opportunities in the economy with their purchasing decision.

As the authors, Benedikt Schnurr and Georgios Halkias, write, this trend has been observed for some time in online marketplaces such as Etsy, ArtFire, Zazzle, and Amazon Handmade. There, small artists or do-it-yourselfers offer products they have made themselves. What is striking there, they say, is that presentations of products made by women now almost always include a photo of the producer.

What share do women already have in the stone industry? There are no exact figures. However, their share in office jobs is traditionally high. 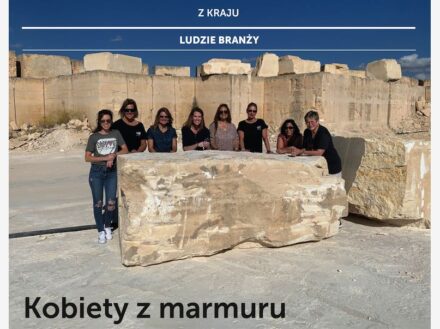 The Polish magazine Nowy Kamieniarz dealt with the subject in detail in its issue 134/2022. It scoured the Catholic-influenced country for examples of women at the stone machines and found some. The title of the article was “Kobiety z marmuru“ (Women of marble).

In the company Kas Kam in the village of Sieradz there are no less than 4 female employees: Ina, Katya, Halinka, and Tatiana – all working in the workshop (factory) and all coming from Ukraine, but arriving long before the war.

Partly they came to Poland with their husbands looking for a job, partly they came with families, in groups or alone. In the report, it sounds as if the word had spread in Ukraine that there was good work at Kas Kam for women as well.

In any case, boss Slawomir Kawczynski is full of praise for the ladies: “further processing is already completely the domain of them.“ Of course, for extremely heavy workpieces, the men would have to lend a hand.

By the way, the company also has a female employee from Poland in the factory.

Beata Zbanyszek, who runs a stonemasonry business in the village of Piła together with her husband Paweł, reports that it is the environment that has difficulties with women doing physical work. The company specializes in gravestones. When moving the heavy chunks in the cemetery, she says, there are occasional comments from passersby who regret that “she as a woman has to toil like this.“ Beata also takes care of the design of the gravestones.

Another example mentioned in the report is the Wrimar company in Oborniki, where the two daughters Paulina and Marta of the company’s founder Włodzimierz Ratajczak work in the company. They say that problems due to gender are only known to them from men who are already older.

With a twinkle in their eyes, they tell of a sales representative who, when visiting the company, was initially happy to accept the cup of coffee from the secretary in the company, but later, in a conversation with one of the female bosses, got so bogged down in the technical side of things that he had to leave with the excuse that he urgently needed to “contact the head office.”

The article in Nowy Kamieniarz can be downloaded in Polish.