Barbara Hepworth’s sculptures at the Heide Museum of Modern Art in Melbourne, Australia, through March 13, 2023 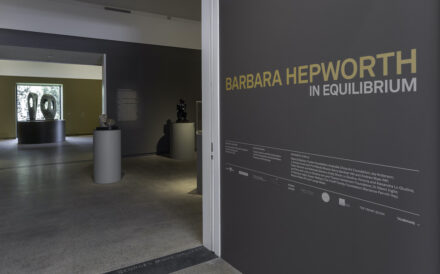 The Heide Museum in Melbourne, Australia, sent us the following press release:

Heide Museum of Modern Art presents the first major survey in Australia of the celebrated British artist Dame Barbara Hepworth DBE (1903–1975). A leading figure of modernist sculpture in Britain in the 20th century, Hepworth is best known for her organic abstract sculptures and pioneering method of ‘piercing’ the form. Presented at Heide through March 13, 2023, the exhibition “Barbara Hepworth: In Equilibrium“ brings together more than 40 works from significant international and national collections. 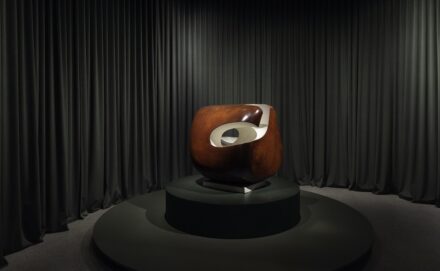 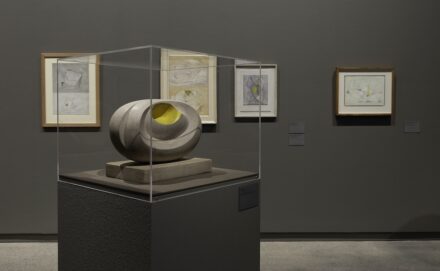 Highlighted in the exhibition is Hepworth’s significant exploration of the interplay between mass and space and her dynamic opening up of the interior of the work to make space into a form in itself. This technique of ‘piercing’ the form exemplifies Hepworth’s revolutionary contribution to the development of new sculptural vocabularies that influenced not only her contemporaries, but future generations of sculptors.

Central to Hepworth’s practice was the influence of nature, with the artist inspired by the coastal landscape of St Ives in Cornwall, where she lived and worked for much of her career. From the movement of tides to the ancient standing stones of west Cornwall, the artist’s later sculptures are grounded in references to patterns and forms found in nature. 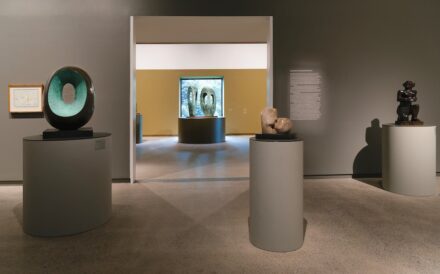 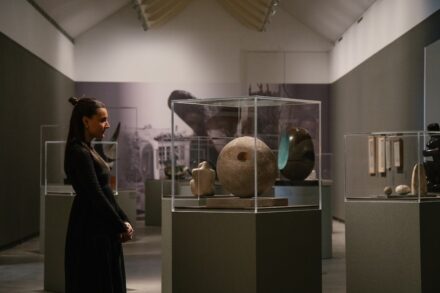 Lesley Harding, museum’s Artistic Director, said: “The exhibition reflects our commitment to foregrounding modernist women artists, and is the result of extensive research and support from national and international organisations and the Hepworth Estate, as well as the assistance of many Heide benefactors.”

About Barbara Hepworth
The doyenne of modernist sculpture, Barbara Hepworth (born 1903 Wakefield, Yorkshire, died 1975 St Ives, Cornwall) was one of the leading British artists of her generation and the first woman sculptor to achieve international recognition. She worked predominantly in stone, wood, marble and bronze and was an early practitioner of the avant-garde method of direct carving, which dispensed with the tradition of preparatory models or maquettes. Her works were among the earliest abstract sculptures produced in England. 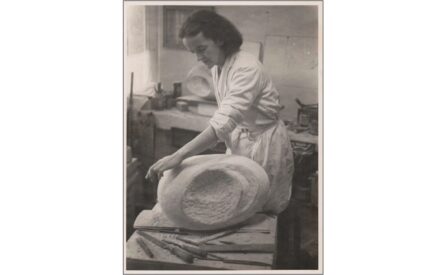 In the 1920s Hepworth studied at the Leeds School of Art where she befriended fellow sculpture student Henry Moore, initiating a lifelong friendship and rivalry which influenced the development of both their careers. Hepworth married twice, first to sculptor John Skeaping, and later to the painter Ben Nicholson, from 1938 to 1951. Hepworth was a central figure in a network of major international abstract artists and closely linked with the School of Paris. From the outbreak of the Second World War she was based in the creative community of St Ives, Cornwall, where she drew much inspiration from the natural environment around her. Though concerned with form and abstraction, Hepworth created work that was predominantly about relationships: between the human figure and the landscape; between forms presented side-by-side; between colour and texture; and between individuals and groups of people.