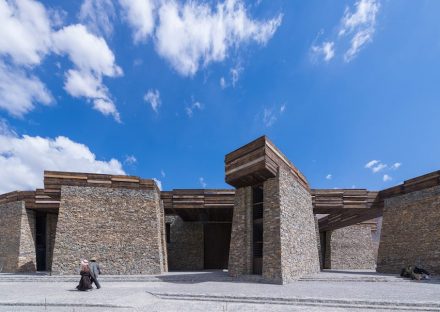 This year’s Zumtobel Group Award in the category Young Professional was given to a project with a focus on natural stone, the new Jianamani Visitor Center planned by Atelier TeamMinus, China. Located in the city of Yushu in Chinese Qinghai Province close to the border with Tibet, the center provides services for travelers and support for the residents, including a post office, food and drinks, and medical services.

The aim of the Zumtobel Group Award is to „address challenges and opportunities in sustainable architecture, engineering, and urban planning … (and) stimulate innovations that promote sustainability and humanity in the built environment.“ In the Young Professionals Category participants must not be older than 40 years. The price for them is 15.000 €. Zumtobel from Austria is a group of illumination firms.

Yushu is a highly regarded religious center to Tibetans. Its significance comes mainly from Jiana Mani, the world’s largest Tibetan Buddhist stone pile. With a history of over three centuries, Jiana Mani currently bears more than 250 million pieces of Mani stones and continues to grow with new pieces added daily by pilgrims. 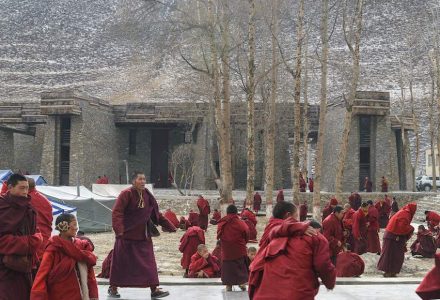 To the Yushu community, no site compares to Jiana Mani. After the 2010 earthquake, Yushu-ers immediately set off to repair Jiana Mani, long before they started repairing their own houses. 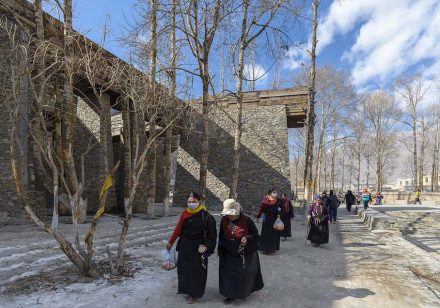 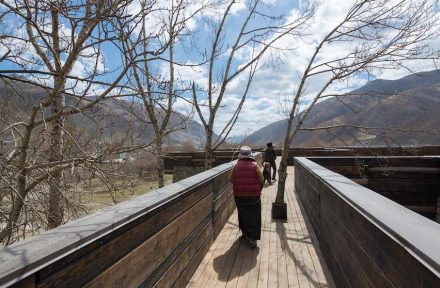 The Jianamani Visitor Center consists of a square building with a courtyard in the center, and 11 observation decks surrounding it. The central square volume features the typical Tibetan layout. The railings around the roof terrace and the observation decks are made of wood, with some elements recycled from earthquake debris.

The Center connects itself to the local Tibetan history, both through time and space, by creating explicit links to the historic site. Following local construction techniques, the stonemasonry was done by indigenous masons, using the same kind of rocks from which Mani stones are carved. In Yushu, more than 40 percent of the population lives on the carving of Mani stones. 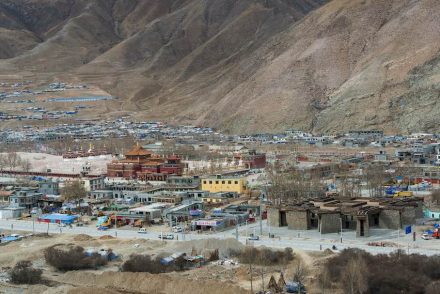 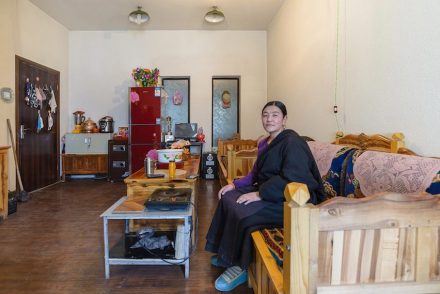