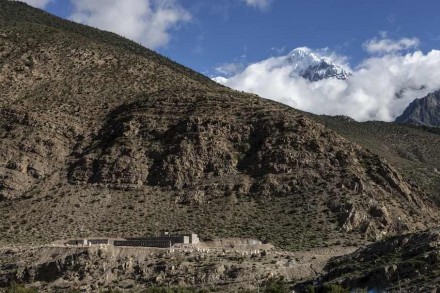 Our photo shows Nilgiri-North in the Himalayan Mountains, some 7061 m above sea-level and situated in the Annapurna range. But this is not about the mountain. We focus our attention on the squat building complex on the left of the photo, barely visible among the stone masses. Travelers who have had the pleasure of seeing it first-hand dub it „the world’s most beautiful radio station“. From here Mustang Broadcasting Community sends news reports and educational contributions or weather forecasts on air to inhabitants and travelers in the area. „Mustang“ is the name of the district on the border to Tibet.

„Himalesque“ is the name the architect Prof. Kim Incheurl gave his draft of the radio station. „Himal“ is Nepali for mountain mass. The complex is totally adapted to the area: one of the area’s distinguishing factors is the ever-present cutting wind. 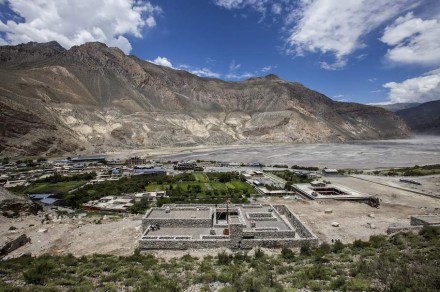 Its 40 cm-thick outer walls made of chunks of stone as can be found all along the plain some 3,000 m above sea-level near the city of Jomsom brave the elements. The stone chunks are held together with the aid of concrete mixed by hand on site. 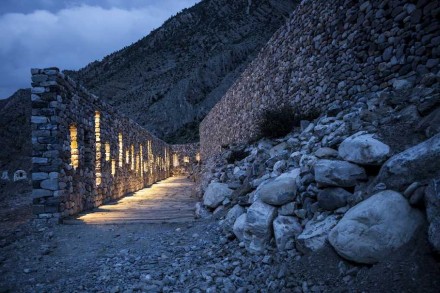 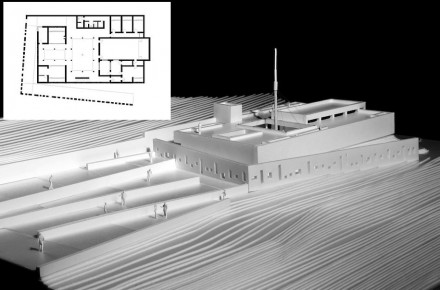 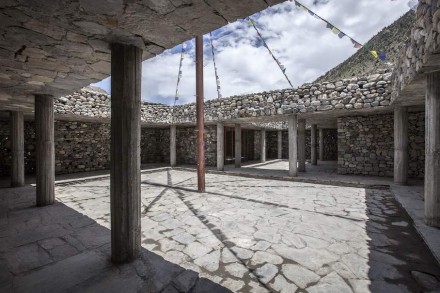 The inner court walls frame a large area in which the transmission mast as well as the traditional colorful bunting are installed (usually bearing prayers to be taken with by the wind). Concrete pillars support the roof construction. 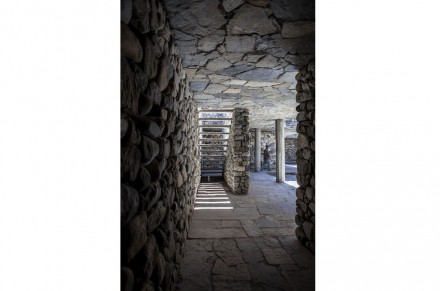 The ceiling is made of stone slabs reinforced with a concrete frame above. 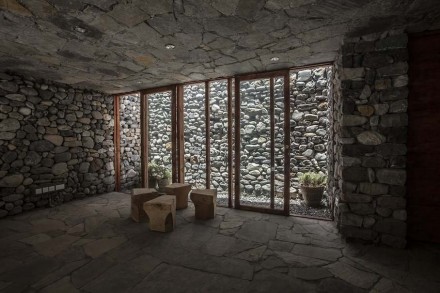 Apart from the main inner court, a number of small court areas provide natural light for the interior rooms. Windows made of wood and tree-trunk seating provide an atmosphere of warmth in the otherwise frosty surroundings. 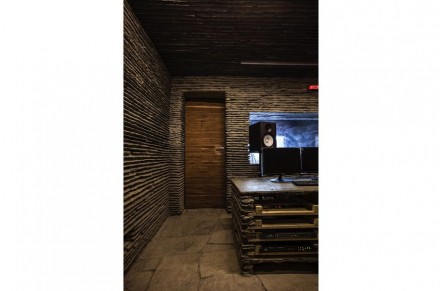 The interior has another type of natural stone wall: horizontally stacked chunks lend an image of straight horizontal lines across the walls. 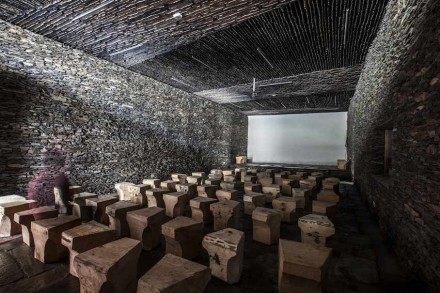 So, too, the appearance of the theater and concert hall.

The radio station was constructed with the aid of generous funding in amount of 1 million US-$ by the Korean International Cooperation Agency and Lafuma, a manufacturer of sportswear. Architect Kim Incheurl, retired professor of the Chung-Ang University of Seoul and CEO of Archium, never before had worked with stone, as he wrote us: „But for the radio station I relied entirely on local material and craftsmanship.“ 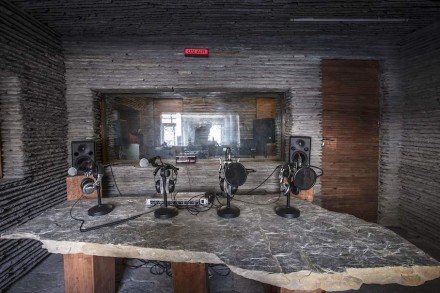 The same holds true for the large table in one of the rooms: it is a reclaimed piece of local furniture made of gneiss.

And what about heating? There is none, writes Incheurl: heating is restricted to cooking.
But during the day when the sun shines intensely, the stone masses warm up considerably giving some of the heat to the room’s interior.

Technically the station is equipped with state of the art transmission electronics according to a local press release. The Mustang Broadcasting Community transmits on a wavelength of 98,8 MHz.

Korea’s Sambu Company with headquarters in Nepal was responsible for construction. 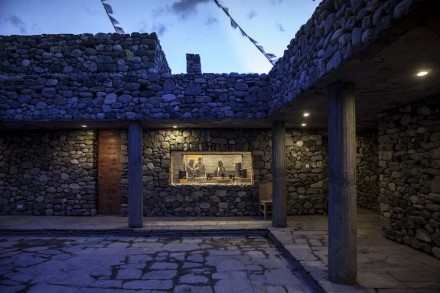 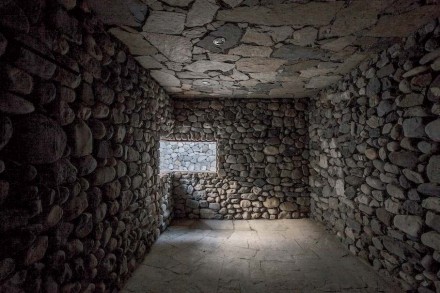 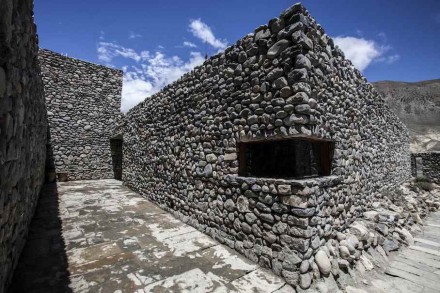 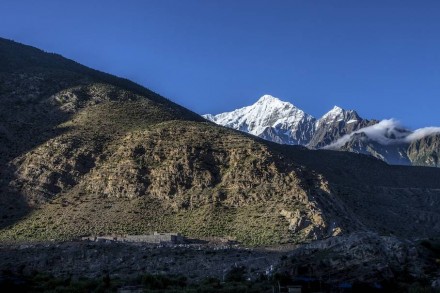