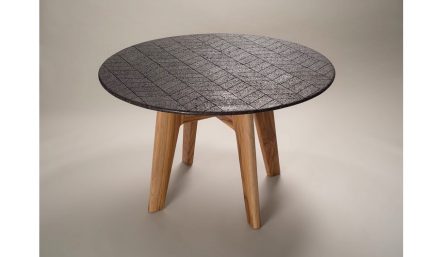 „Lava Table“ and „Tribu“ are two new product lines, which bring material to the foreground

Mexico is one of the most active areas of tectonic activity in the world. It is where the North American Plate meets the Pacific Plate, forcing one to slide beneath the other, causing earthquakes and volcanic eruptions in the wake. Designer Caterina Moretti made a virtue of volcanic lava and, once again, incorporated it in her product design: „Lava table“ is a table top composed of several pieces of hand worked natural stone. 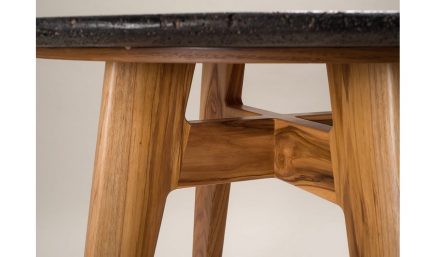 The seams dictate the pattern – there are two to choose from. The table stands on legs and a base made of teakwood and comes in three sizes. 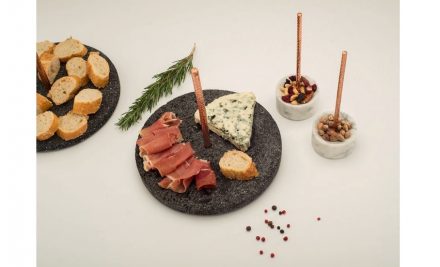 In „Tribu“ (Tribal) lava also plays a major role. The collection designed for afternoon tea or luncheon is composed of a volcanic lava slab encircled by tiny fingerbowls in marble. The bowls come with a tiny handle protruding from the side like Japanese tea ceremony pots for positioning and poring. 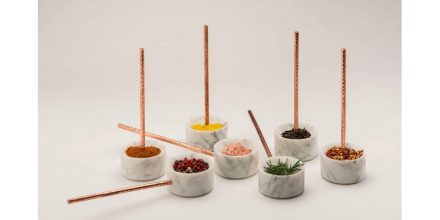 The added contrast between lava, marble and copper complement the material stone – as is also the case with „Lava table“ where natural stone meets wood.

„Tribu“ was developed in cooperation with designer Alejandra Carmon.

Caterina Moretti was born in Vienna, studied architecture at ITESCO University in Guadalajara, Mexico, graduated from the Polytechnic University Cataluña (Universidad Politécnica de Cataluña), Barcelona with a master’s degree and founded Studio Peca in Guadalajara, Mexico as a mere 30-year-old in 2007 and distributes her craft via her online shop.

Lava is the term given to molten rock which reaches the Earth’s surface expelled through a volcanic eruption, which then usually flows down the side of the volcano. Once the lava flow has stopped moving, the mass solidifies. Depending on how quickly it cools, various types of rock ensue, most commonly basalt. Very quick cooling, e.g. when the lava flows into the water, will result in obsidian: a green and black glass-like stone, respectively. 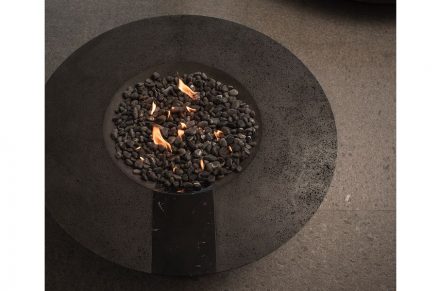 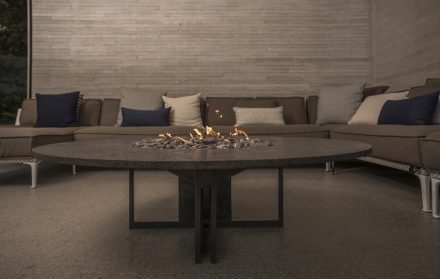 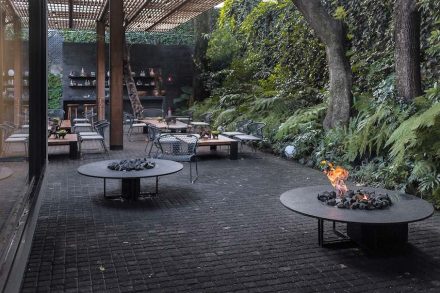