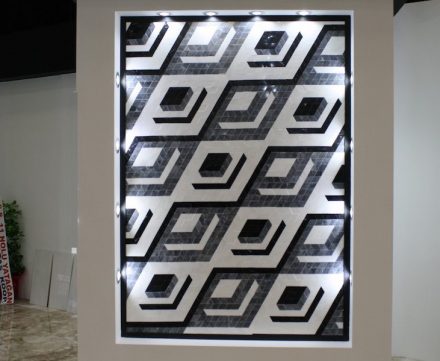 Assos Antik Mermer, Turkey has brought out a new tile collection with 3D-effects. In the family company, founded in 2004, everyone was involved in the design. The photo was taken at „Marble” Natural Stone Trade Fair, Izmir (1, 2).

„Fake“ marketing idea: British We Buy Any Car company shows a video where an alleged marble statue of tv-star Phillip Schofield is brought in to the office and erected there. We were amazed that it needed only 7 people to carry the 14-foot statue, and then the polished piece did not look much like natural stone.

A sculpture of singer Rihanna will be made of Rosso Laguna marble, Turkish stone magazine Marble Trend reports (issue 42). The stone, also called Aegean Claret Red, and coming from the Aegean cost in Turkey was chosen because it best matches the skin color of the 29 years old artist originating from Barbados. The statue will be worked in Italy.

Scottish city of Aberdeen has a festival for crime literature called Granite Noir.

„Operación Canalejas“ is the name of a bit project in Madrid, comprising seven banking complexes which are to be rededicated for contemporary use. The planning provides for a luxury-class hotel (Spanish). 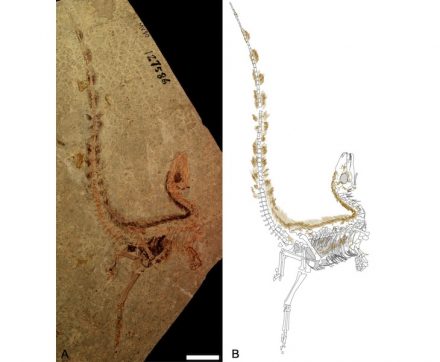 Stone stacking is popular, artists play with nature’s forces in their works, hikers use it for meditation. National parks discuss stopping it as digging up rocks from the ground and creeks disturbs habitat for wildlife (1, 2).

Australian Pandanus Arabescato marble is shipped to Carrara for processing, a newspaper reports.

DuraSolid Q is an epoxy mineral cast material by Duravit Company. It is purported to bear the haptic properties of natural stone, according to the webpage of the if-Design Awards. The award was granted for the Stonetto shower basin in 2016 built in this material.