IMIB goes Monte Carlo: the Turkish natural stone trade organization showed apparel in marble design in the city of the beautiful and rich 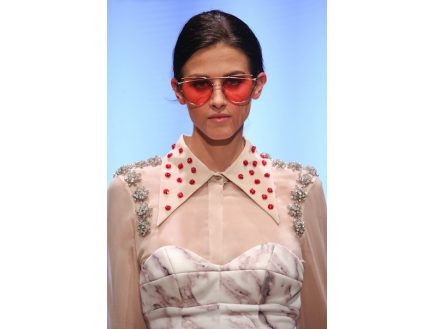 Designers Ezra and Tuba Çetin designed clothing, shoes and accessories on the rocks

IMIB (Istanbul Mineral Exporters’ Association) entered uncharted territory in 2017 with its marketing event: it presented local marble at the Fashion Week in Monte Carlo. Apparel and accessories all in marble design were shown. Designers were ambitious sisters of Ezra and Tuba Çetin of Istanbul. 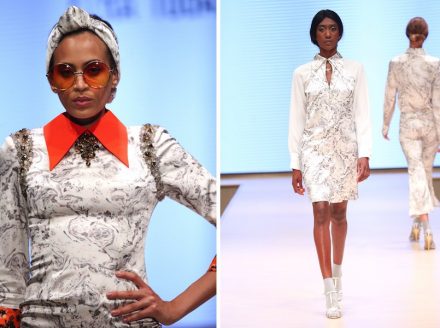 The venue of the presentation was top notch: the catwalk was set up at the Chapiteau de l’Espace Fontvielle, usually reserved for festivals and the after-show party took place in the Café de Paris, a glamorous restaurant.

Swedish model Victoria Silvstedt solicited an invitation to the party for which she had donned a dress from the designers’ collection. We looked her up on Wikipedia and read that she usually appears in men’s magazines or as a hostess on TV quiz shows. 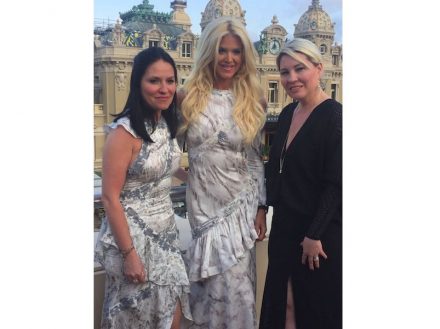 The picture shows her next to the designers. 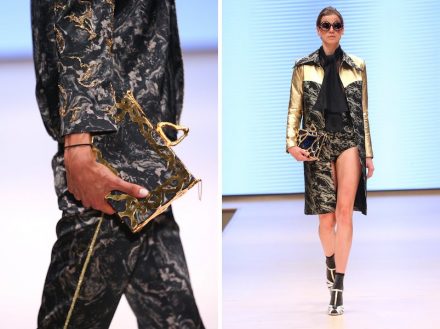 One special factor deserves mentioning. Next to the high-heel shoes in marble look, the designers also showed a clutch in marble design. The wearables had an integrated computer technology: the clutch bag was made with the help of a 3D printer and bore an integrated LCD-monitor which could be controlled from an app on a mobile phone and displayed diverse types of marble. The designers had repeatedly experimented with this technology under the heading „Smart Clutch“.

At the close of the event, guests were given a USB-Stick containing information on Turkish natural stone. The stick itself was designed in marble-look.

Members of the trade organization voiced critique at the prohibitive costs and the ambiance surrounding the presentation. President of the Trade Organization Ali Kahyaoğlu was only keen on the ego-trip, it was said.

In contrast Marble Trend Trade Magazine cited earlier presentations in which IMIB had presented itself next to architects and artists in Milan during the Salone de Mobile home furnishing fair.

The trade organization had already made its appearance in March 2017 in Monte Carlo at the MIPIM, by its own acclaim „The world’s leading property market“ where a film on Turkish marble was shown on virtual-reality headgear.