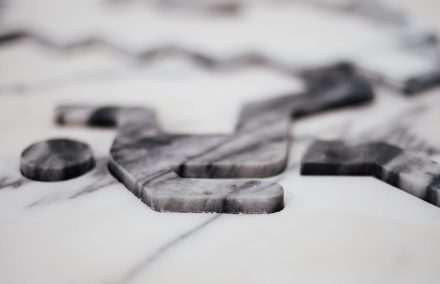 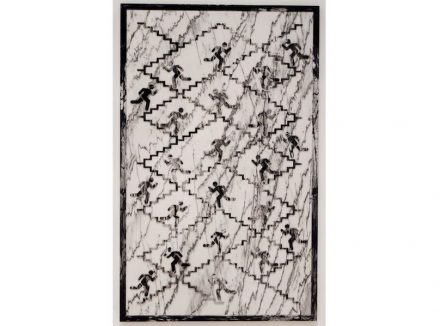 It is a pictogram ballet in an arrangement by Portuguese Designer Jorge Silva: in „Pictorama“ icons like those found at exits or restrooms, little matchstick men and women are carved from high quality natural stone and arranged to dancing figurines.
The work was first shown at the London Design Week 2017. „Pictorama“ was realized together with LSI Stone Company. Pele de Tigre and Ruivina Escuro marbles were implemented. 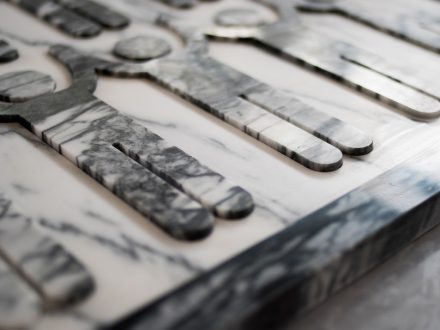 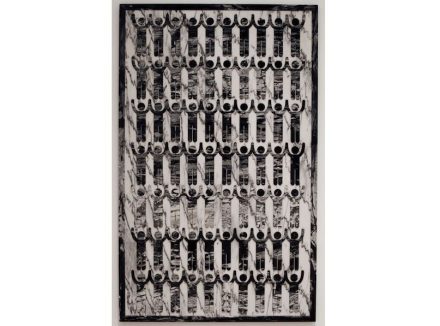 One can easily imagine that such pieces of design, even though conceived as art, have a market as product design objects: airports need objects which will conjure memories of travelers, hotels have many passageways requiring heavy duty decorative objects, even entrances to office complexes make their mark with the help of design. 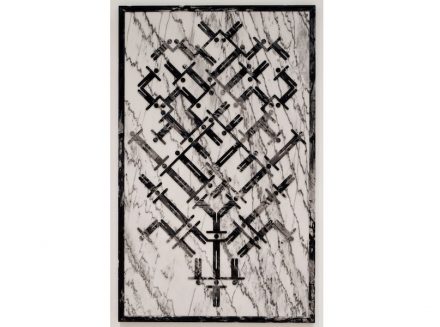 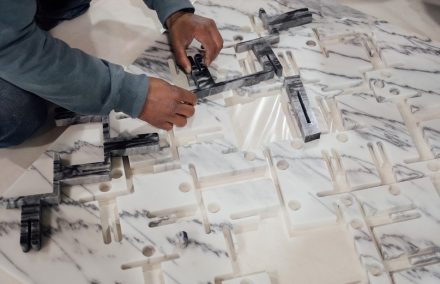 The presentation took place before the backdrop of the Prima Pedra Project, with which the Portuguese Assimagra trade organization in cooperation with Experimentadesign Studio advertised local natural stone. Since 2016 several collections were presented from São Paulo to New York, from Lisbon to Milan and even to Venice. For the London Design Week nine renowned architects delivered a total of 20 works in cooperation with Portuguese companies. The umbrella-title of the presentation was „Set in Stone“. 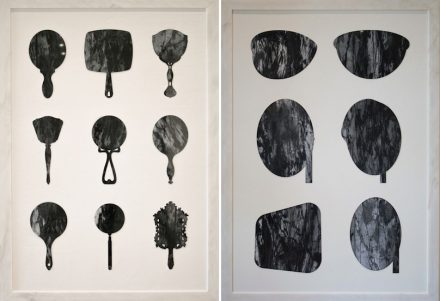 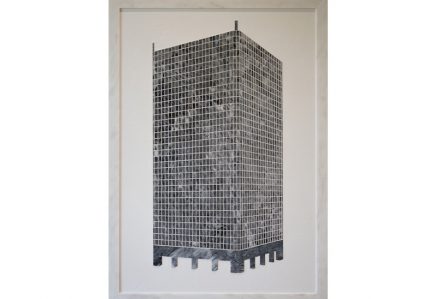 „Don’t look back“, e.g., was a piece by Sagmeister & Walsch in cooperation with LSI Stone. Contours of household items such as eyewear or mirrors were reproduced in stone and thus conveyed a message in form or an icon. Branco Vigária and Ruivina Escuro were implemented.

The project „Primeira Pedra“ intends to show the versatility of the Portuguese Stone in the most diverse uses, showing the immense variety of colors and unique patterns“, was the caption to the presentations.