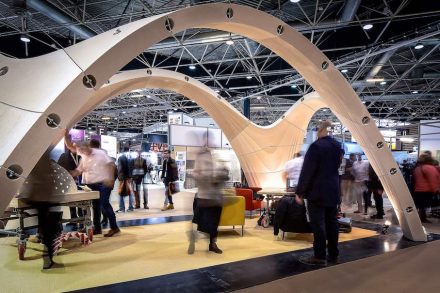 Such beauty in natural stone has been long in coming: At the Rocalia Natural Stone Fair held in December 2017 in the French city of Lyon, New Fundamentals Research Group showed „Flux“ with its wide-spanning arches in unexpectedly slim natural stone elements.

Not only was the elegance and lightness of the construction made of massive limestone surprising, but the entire vault was erected within just a few hours without the help of supporting scaffolding or heavy duty lifting machinery.
The New Fundamentals Research Group is a working group comprised of architects, static engineers, and stone specialists from Italy and France. Supporting „Flux“ behind the lines are Giuseppe Fallacara and Maurizio Barberio of the Politecnico in Bari as well as S.N.B.R. Company (France) and T&D Robotics (Italy).

The principle behind the construction is as simple as it is ancient (Stereotomy): Stone elements cut from massive stone and assembled to arches which support themselves by their mere mass and gravity. In the case of „Flux“, some arches are united to form a vault. 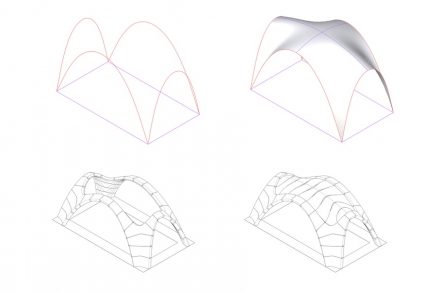 With some additonal elements „Flux“ may even have a roof. 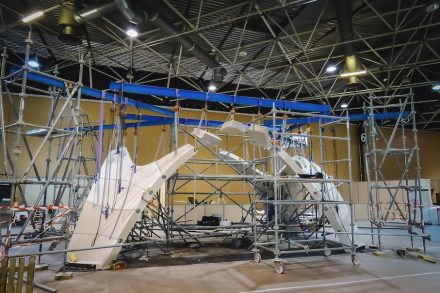 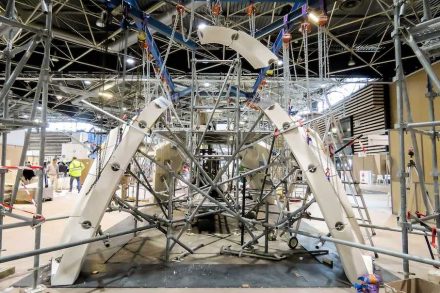 The individual elements are lowered from steel rafters. This is why each element bears a type of hook at the top. The form and position is not adversely affected by the hook, on the contrary: it becomes part of the overall design. 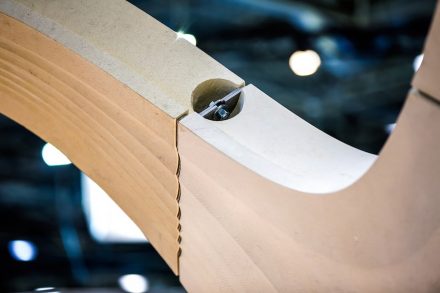 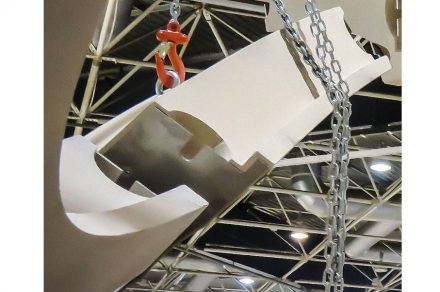 The elements are also not merely set one next to the other but bolted together with the help of steel plates and visible bolts set in a groove. This is a smart solution and gives optical impetus. 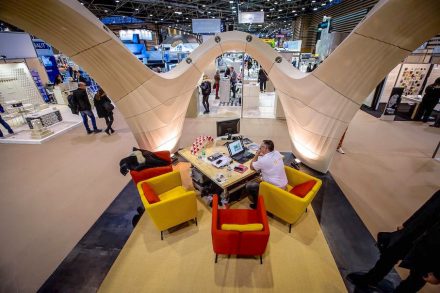 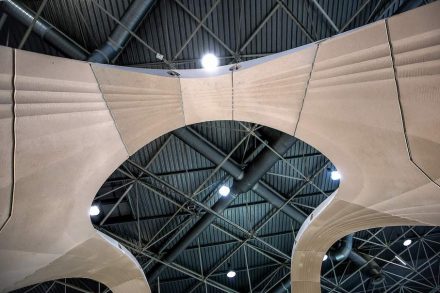 And finally, Fallacara and Barberio have worked the surface of the vault covering it with elegant lines. 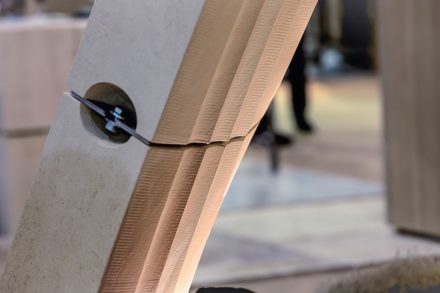 Next to this over-all design, each stone also bears an individual bushhammered structure.

Unfortunately, we haven’t seen the construction with our own eyes. But according to the photos and visitors’ reports, it was a pure joy to see „Flux“ constructed.
Only one day was needed to construct and dismantle the vault. 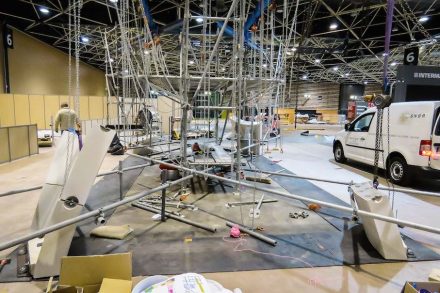 To ensure that the construction would not crumble during construction, complex computer simulations were first used to calculate the risk. One factor was the calculation of tension stress and compression stress – understanding the force and, in a second step, integrating the variables in the risk calculation was a challenge. The mass allows force to pass downward to the base of the construction.

Whereas tension stress was negligible according to calculations, the compression stress amounted to 40 MPa, or less than 70% of the allowable value for the material.

This was important to gage the risk of having simple elements crushed beneath the weight. Chavigne Classique Limestone could be implemented – not a particularly dense material.

Dismantling the construction was also part of computer simulations: none of the elements weighed more than 500 kg, so there was no need for the use of heavy machinery. 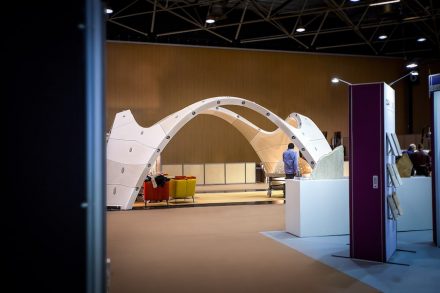