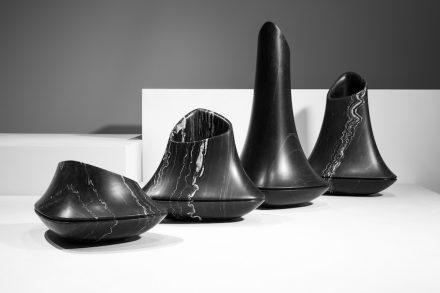 The text supplied by Italian-based Citco company describing their new vase collection is nothing short of poetic: „Amalthea, Himalia and Elara like three satellites of Jupiter. Three rational organic shapes sculpted by Ora Ito into three mineral and sensual outbursts for domestic landscapes.” 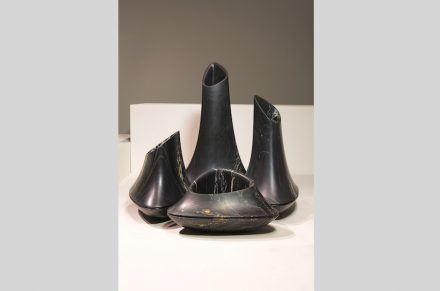 We concede: we didn’t understand a word of it, and, perhaps most poignantly, we see four objects on the accompanying photos. Citco did not come forth with an explanation. 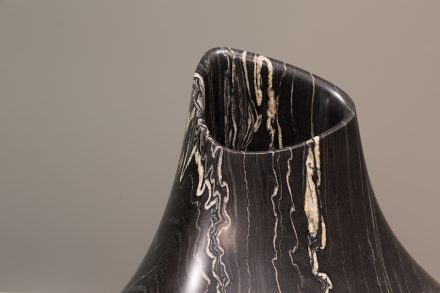 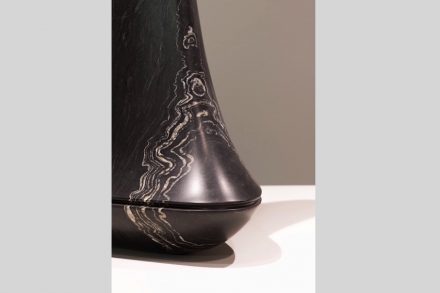 So, moving right along to Citco’s press-release: „The Satellites range is a limited edition and available in different types of marble. Height: 20, 30 or 40 cm.“
Jupiter, the largest of our solar system’s planets, has a total of 69 moons. The largest are named Io, Europa, Ganymede and Calisto and are collectively called the Galilean moons after their Italian discoverer who first described the planet’s satellites. 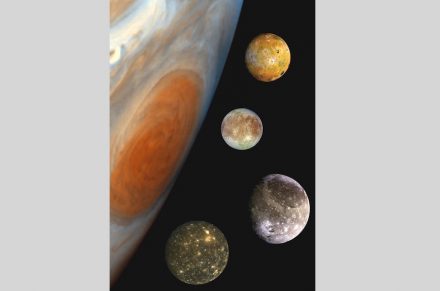 The photomontage shows pictures taken by the „Galileo“ spacecraft in the correct size-relation to Jupiter, though, in reality their orbits are much farther apart.
The next three following the Galilean moons are Amalthea, Himalia und Elara.

Fotos of Jupiter by US-spacecraft Juno, 2017