Just in time for ist 50th anniversary, Draenert has a new addition to the Art Edition 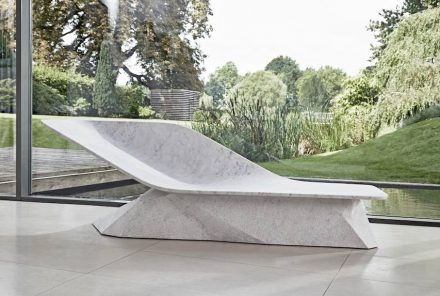 At Cologne’s IMM Trade Fair (January 15th to 21st 2018) Draenert Company presented a new piece in its Art Edition and just in time for its 50th jubilee. The piece is Hadi Teherani’s chaise longue „Marble Wing“ made of a massive block of Carrara Marble. More on that below.

Draenerts Art Edition is the fulfilment of a special business model: world renowned architects and designers are solicited to design a piece of furniture – the object of desire is not only the name with which the piece is associated and the company who produced it.

Many a client sees this as an investment. 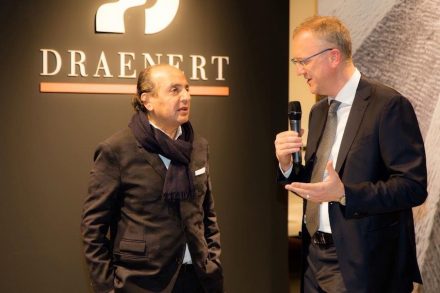 The pieces are produced in strictly limited editions ensuring sustained high value and demand. Many buyers collect star-designer pieces as a hobby.

And last but not least: unusual projects entail important new impulses by pushing creativity to its limits „and bridging the gap between literature and visual art“, according to a press-release by Draenert. 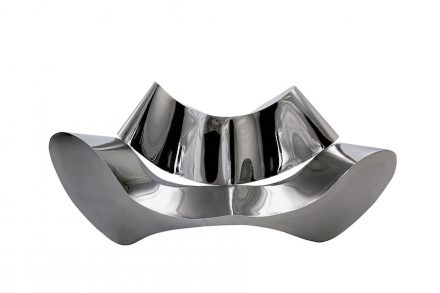 Some of its Art Edition-pieces have found their way to famous museums around the world, a welcome side effect from a marketing point of view.

Let us take a moment to explain the company background. 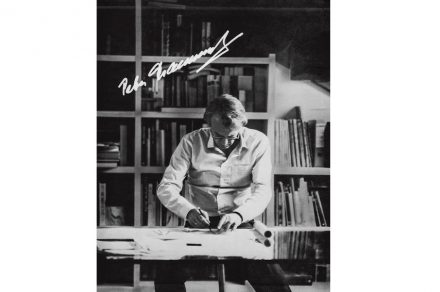 Dr. Peter Draenert, was the father of the current company director, a Germanist and art historian. His career dream was journalism, or better still, editor in chief, publisher or something of the like.

There is an anecdote from the 1960’s recounting how he and his wife Karin wanted to furbish their home but couldn’t find a suitable table – until they came upon a shale with a spectacular ammonite fossil. 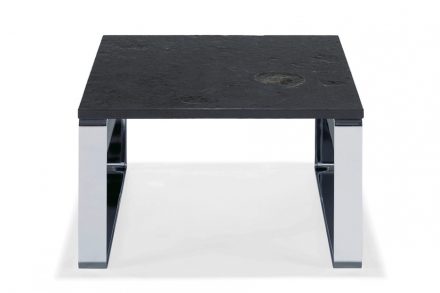 „Primus“, Draenert’s table was born. Confecting the legs in chrome was not difficult, considering that wife Karin came from a galvanizing company with experience in rounded shapes like those previously designed by Peter.

Friends were elated. And so, the furniture quickly overtook mass-produced furnishing in terms of popularity. Quality, not quantity was at the center of focus, not only regarding shapes but also where material implemented is the issue.

Patric Draenert, the next generation, with his doctorate in business administration, contributed but a few – albeit very successful – design ideas after taking over as company director. But he was the one who initiated the clever extension mechanism in tables.

The table extension mechanism has since become one of the company’s distinguishing factors. „Fontana“, which practically extends itself – with a slight of hand, or „Tadao“, a round table with built-in Lazy-Susan. 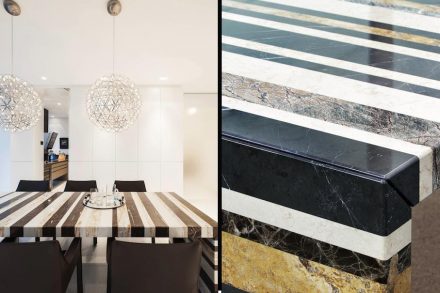 On occasion the Art Edition picks up on a current topic, e.g.: the table by the name of „Barcode“ made of natural stone remnants (including the hidden frame). 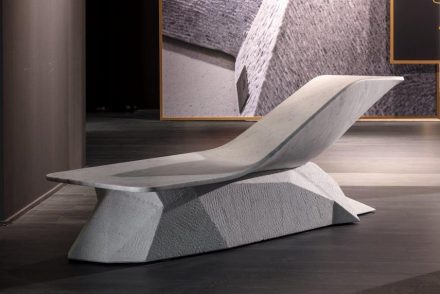 Which brings us full circle to Hadi Teherani’s „Marble Wing“: the split-level chaise longue, facilitates transportation of top (250 kg) and bottom (350 kg) easy weights for grand-piano movers. The bottom section is hollowed out, of course.

For safety reasons both sections are interlocked.

The built-in contrast is an eye-catcher in itself: whereas the top is polished, the bottom section is left rough. 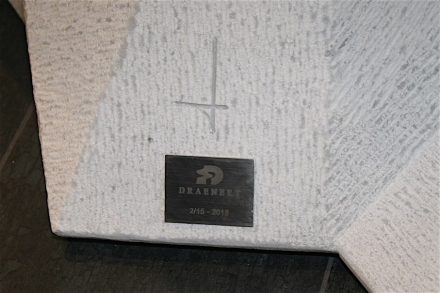 As with other works of art that come in a limited edition, the pieces bear the architect’s logotype and a plaque with the Draenert-logo plus a consecutive number in the series of 15 pieces manufactured.

82,000.00 € will secure an order for one of the remaining pieces. At the time of IMM Cologne in January 2018 one was already sold and contracts for two more all but signed. For pieces like these, an organized tour of the quarry, is, of course, part and parcel of the purchase. Then the client can choose the block of stone from which his chaise longue is to be carved first hand.

Marble is but a possibility. The client may choose other types of stone as desired.