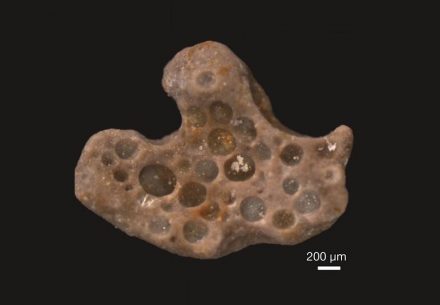 Billions of years ago, cyanobacteria started photosynthesis which paved the way for life as we know it today

The photos above and below show 1.6 billion years old oxygen bubbles fossilized in so-called stromatolites. The bubbles in these limestone structures were created by biofilms of tiny microbes in what was once a shallow sea somewhere on young Earth.

Microbes are of special interest in studying early life on Earth: They were not only the first life forms on our planet but also also turned it into a tolerable environment for plants and animals. By setting oxygen free their activity paved the way for life as we know it today. 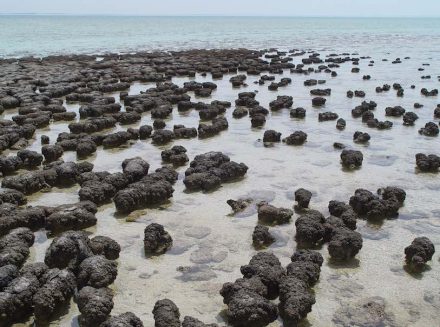 Some of these early microbes were cyanobacteria that thrived in early shallow waters. They produced oxygen by photosynthesis, and sometimes the oxygen got trapped as bubbles within sticky microbial mats. 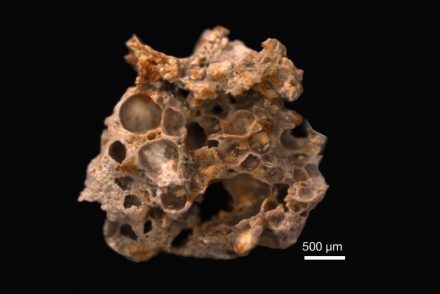 Ph.D. Therese Sallstedt and colleagues from University of Southern Denmark, Swedish Museum of Natural History and Stockholm University studied fossilized sediments from India, and they found round spheres in the microbial mats. „We interprete them as oxygen bubbles created in cyanobacterial biomats in shallow waters 1.6 billion years ago,“ said Therese Sallstedt. 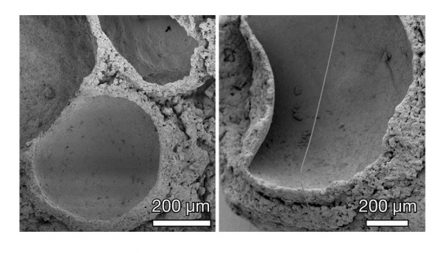 Cyanobacteria changed the face of the Earth irreversibly since they were responsible for oxygenating the atmosphere. Simultaneously they constructed sedimentary structures called stromatolites, which still exist on Earth today.

The researchers now think that cyanobacteria played a larger role than previously believed in creating phosphorites in shallow waters, thereby allowing today’s scientists a unique window into ancient ecosystems. They published their findings in the journal Geobiology.