In its 2020 edition, Xiamen Stone Fair will expand by two halls 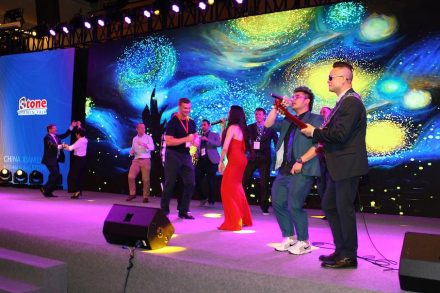 The Xiamen-Feeling is gaining form, shaped in part by the World Stone Congress, the opening Banquet and Lundhs Soccer Cup

Whereas this year’s Xiamen Stone Fair (March 6th to 9th 2018) was reduced by one hall, two more will be added in 2020. The reason for the apparent shrinkage is the summit meeting of the BRIX-countries in 2017 which took place practically around the corner. Hall B2 was refurbished entirely to accommodate the meeting.

New will also be a subterranean parking level.

In our opinion there was no noticeable difference to show-stands in 2016. In general one can say that presentations by Chinese companies were quite elaborate without being showy – instead, creativity and design craftsmanship are the center of focus.

The Fair is considering restricting the number of exhibitors of engineered stone as Fair Organizer in Chief Mr Lai divulged.

But the event seems to have developed something of a Xiamen-Feeling: visitors come not only to close deals but also to find out what is happening in the branch. News also comes from the World Stone Congress and networking is effectively provided by the opening banquet and Lundhs Cup. 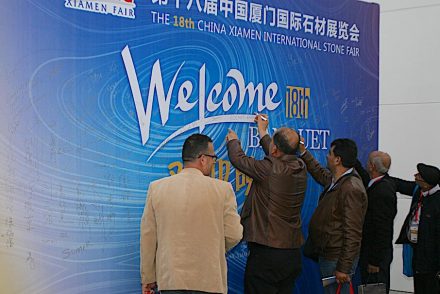 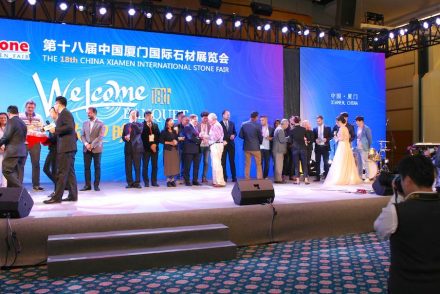 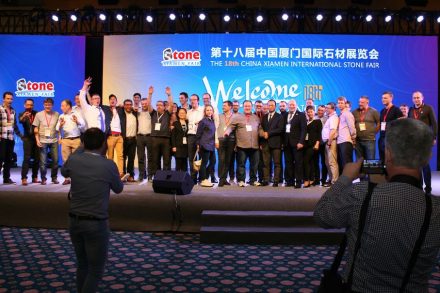 The atmosphere of the banquet was exuberant: the winners of the lottery were cheered on by members of their table. As the event drew to a close, the band offered a fitting climax. 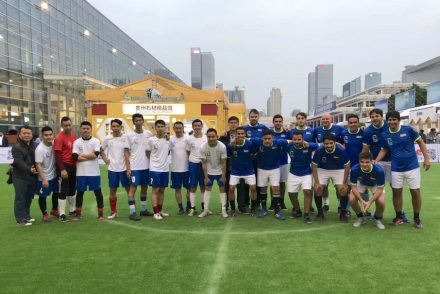 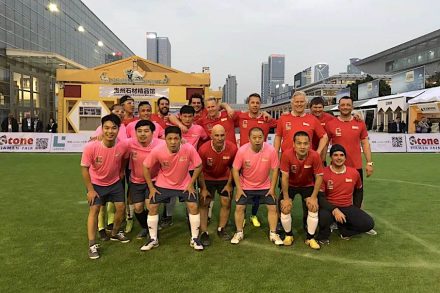 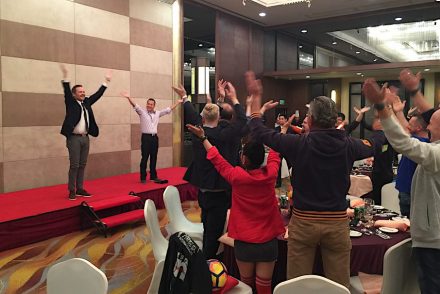 The soccer tournament sponsored once again by Lundhs of Norway with kind support by the Fair’s Organizers saw 4 teams compete for the cup. Brazil’s team „Samba“ won first place followed by „Shi Shan Ban“ – students of a stone degree program at Xiamen University. Third was taken by Lundhs own „Vikings“ weakened, perhaps by the fact that Line Møller Mærsk was benched: she usually lands a goal as soon as she sets foot on the turf. China’s Team „Dragon“ came in fourth. 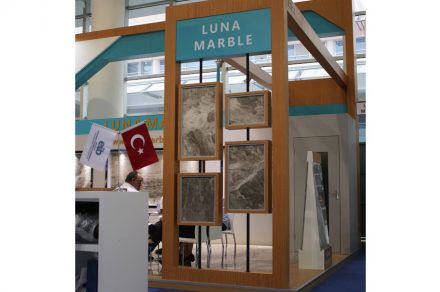 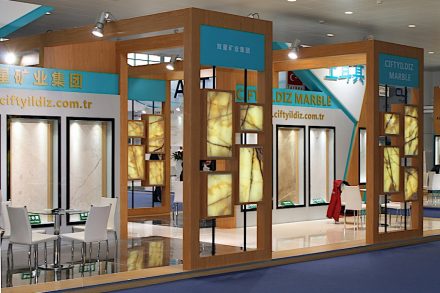 We show a few photos of joint country exhibits. The Turkish exhibitors presented their stone in picture frames. Wood was the defining material. Colors had mutated from black two years ago to blue last year, arriving at ocher this year. 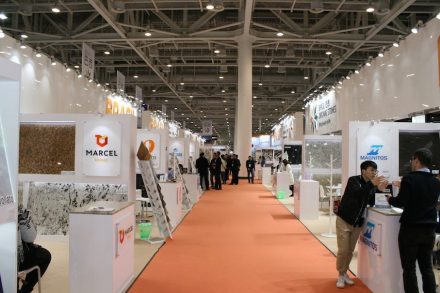 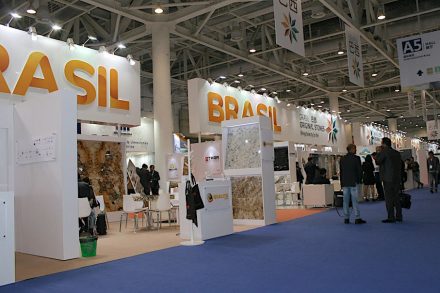 Brazil, too, occupied a vast area. Stands of the companies were decorated as always but we gained the impression that the longitudinal was given great emphasis. 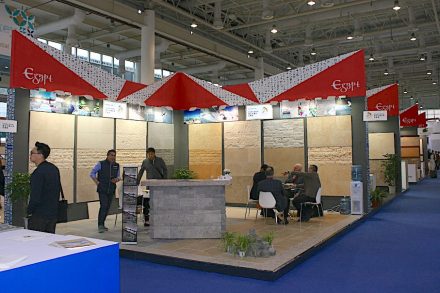 Egypt’s common theme was the pyramids and hieroglyphics lending a uniform appearance.