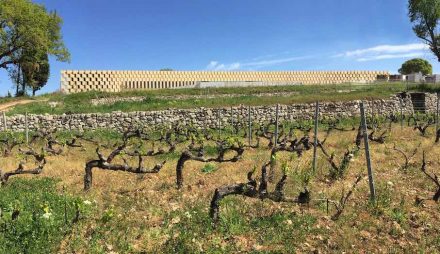 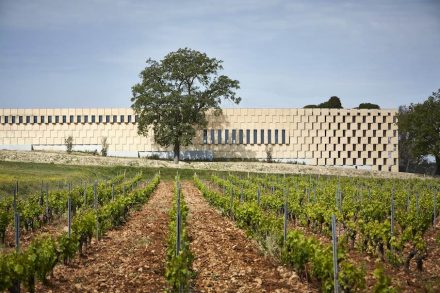 The natural stone façade, which Paris architect Carl Fredrik Svenstedt gave Les Domaines Ott Winery in the French Maritime Alps is grand: massif 1 m x 1 m and 50 cm thick blocks of stone were stacked in front of the concrete wall surrounding the building. What with a mass of 1 t each they stay put by the force of gravity alone. See more details below.

Not only did he find an alternative to the usual thin slab screen. He virtually used the blocks as a design element giving the inconspicuous building movement and a sense of weightlessness.

And, in keeping with the wine-theme, the winery now seems to grow out of the ground – the basis of good wine.

From a distance one might even think that the terraces lined along the horizon continue in the wall. The architect uses the term „artificial horizon“ known from aviation, in an article in Architectural Record (October 2017) and rightly so, since the design is somewhat up in the clouds.
But the brand Les Domaines Ott is convinced of itself and won over the coveted and experienced Büro Ducoin for consultation in planning. 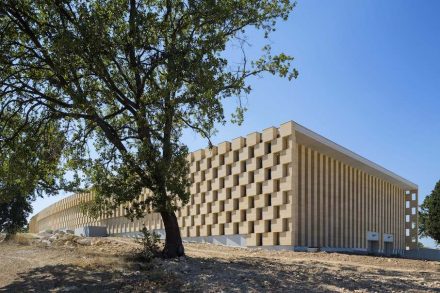 The total surface of the main building comprises 4200 m². Its form is an oblong box-shape, the street side of which is slightly convex to avoid that, driving by, one gains the impression of a seemingly endless factory wall.

All 4 sides of the box-shape are 10 m high and clad in natural stone. But the architect played with the limestone: the blocks overlap in the center with widening gaps at the outer edges.

This makes for a dynamic image and helps in maintaining a uniform temperature.

Part of the complex is built below ground level.

The main entrance for visitors is concealed behind one end of the façade. The other end accommodates storage and shipping areas. 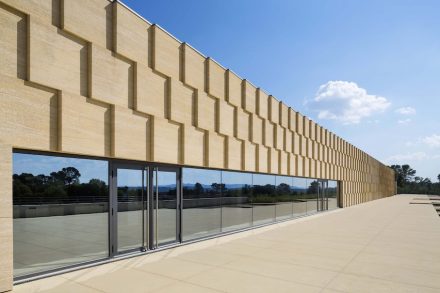 The opposite side has a breach in the façade where guests are invited to taste the wines and relax. The rooms afford a breath-taking view of the city of Dranguignan. 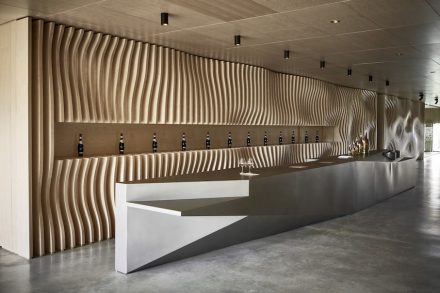 Along the narrow sides, stone pillars adorn the front of the building.

The interior is decorated in birch-wood. The rounded lines used on the walls are mirrored in another project in stone namely in the winery of Maison Delas Frères. The architect’s webpage shows photos. 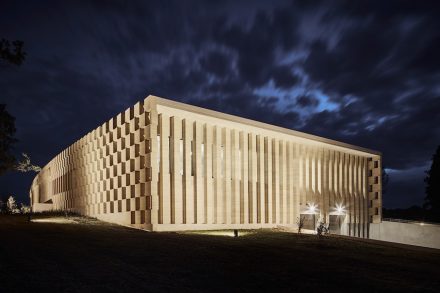 The architecture already won a number of prizes among them the Grand Prix de Jury of the Natural Stone Trade Organization and Pierre Actual.

Carl Fredrik Svenstedt gave us detailed information how the little stone blocks are secured: „The stones are bonded with thin mortar joints, but otherwise stable as is. Every linear five meters (every fifth row of stones) vertical anchors are cast as concrete columns within the stones in order to tie the walls to the foundations. This was a measure required by the seismic code for the site.

„At the South and North ends of the two main East and West walls, the stones are incrementally separated more and more. The minimum attachment is reduced at the most to 25 cm wide, which is considered stable. Nonetheless, again given the seismic code, the stones in much of this area are pinned to each other, steel rods being sealed into the stones from top and bottom to tie them together, a mechanical safety detail.“ 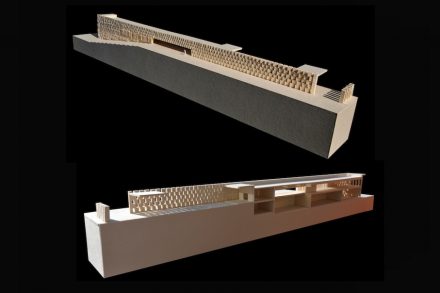 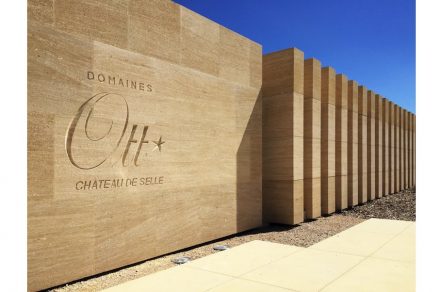 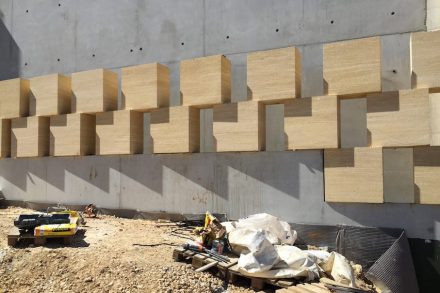 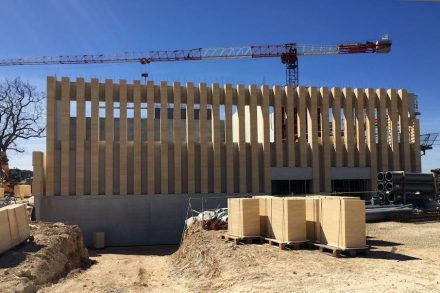 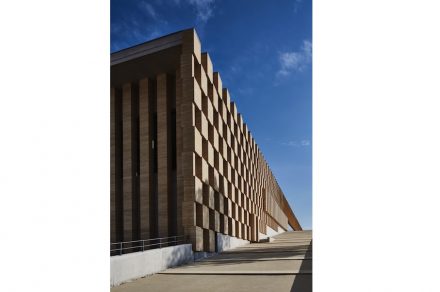 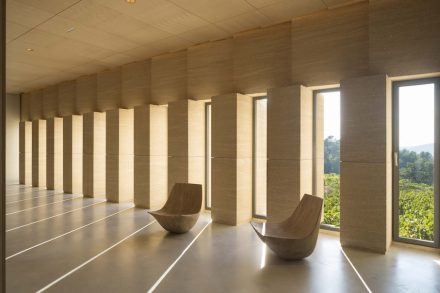 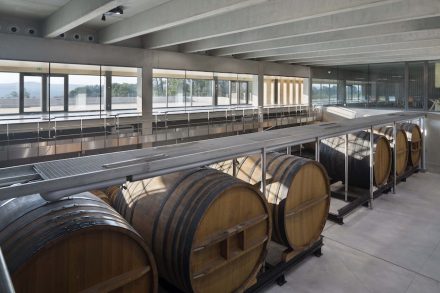 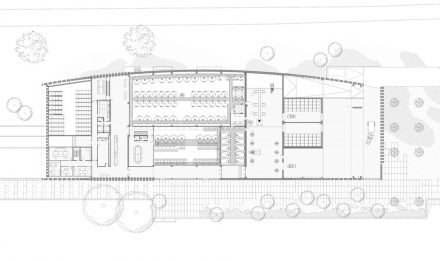 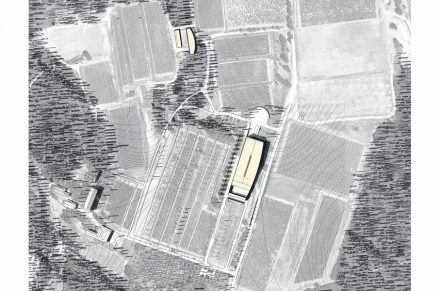