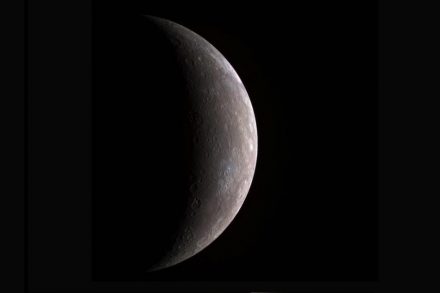 Mercury is one of our solar systems’ terrestrial planets made of stone and metal ore. It is small, has the fatest orbital speed and is close to the sun, making this rocky world challenging to visit. Only one spacecraft has ever orbited the celestial body and collected enough data to tell scientists about the chemistry and landscape of Mercury’s surface.

After Nasa’s Messenger mission ended in 2015, planetary scientists estimated Mercury’s crust was roughly 22 miles thick. Now, scientist Michael Sori from the University of Arizona disagrees: he estimates that the crust is just 16 miles thick and is denser than aluminum.

His estimate supports the theory that Mercury’s crust formed largely through volcanic activity. Understanding how the crust was formed may allow scientists to understand the formation of the entire oddly structured planet. „Of the terrestrial planets, Mercury has the biggest core relative to its size,“ Sori said.

Its core is believed to occupy 60% of the planet’s entire volume. For comparison, Earth’s core takes up roughly 15% of its volume. Why is Mercury’s core so large?

„Maybe it formed closer to a normal planet and maybe a lot of the crust and mantle got stripped away by giant impacts,“ Sori said. „Another idea is that maybe, when you’re forming so close to the sun, the solar winds blow away a lot of the rock and you get a large core size very early on. There’s not an answer that everyone agrees to yet.“

Sori’s work has also solved the problem regarding the mysterious rocks in Mercury’s crust.

The full article is available on the University of Arizona’s webpage. 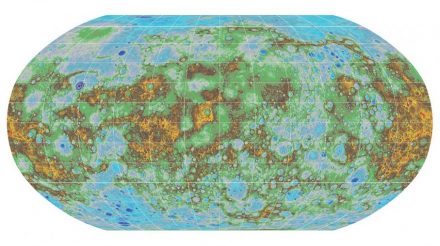 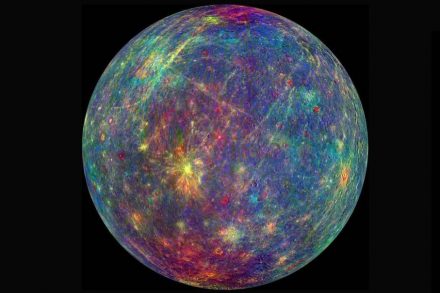