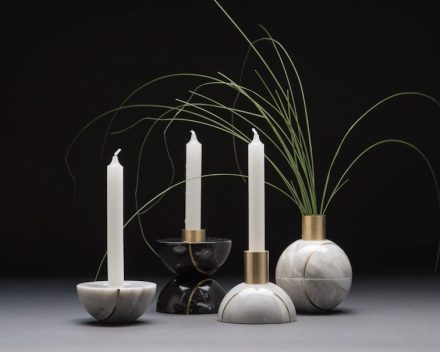 For Caterina Moretti design is a way of giving even a household item for everyday-usage a recognizable origin. This year, the founder of the Mexican Studio Peca participated in the New York NYCxDESIGN fair (May 19th to 22nd, 2018) where she showed her newest creations deeply connected to the country where her studio is located.

One was the „Hauri“ chandeliers. They are handcrafted marble spheres, apparently as single pieces, separated in two to reveal multiple possibilities of usage. Whether as a candleholder, a vase for small flowers or a simple accent piece, they bring a special light to the room. A bronze detail is integrated in the marble as a special effect.

The reference to the country and its history is here the name „Hauri“ taken from the American Indian Huichol tradition: for them, the candle of life lighted the luminous sky during their sacred pilgrimage to Wirikuta. 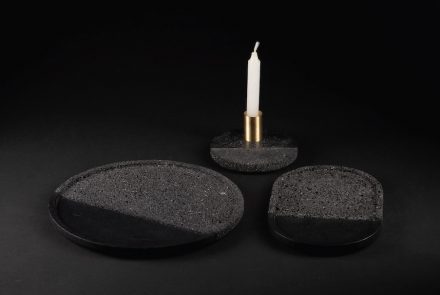 The second was the „Lava“ trays made of the porous volcanic rock typical for the volcanoes in Mexico. Hand-polished by craftsmen with a long tradition in working natural stone, the material’s „unruly nature is transformed into a sensible and human object“ according to a press release.

„With Lava’s dual texture, the collection is as much an homage to Mexican tradition as it is a glance in the direction of modernity. The plates are available in sets of three.“ 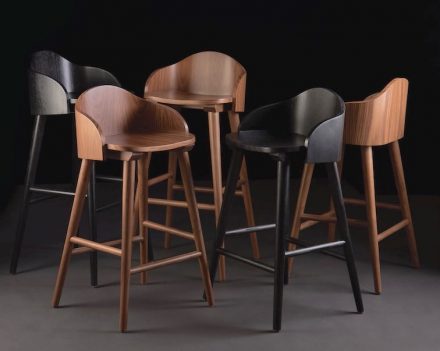 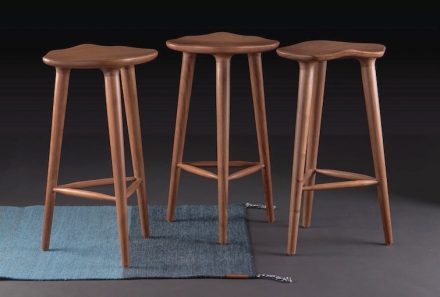 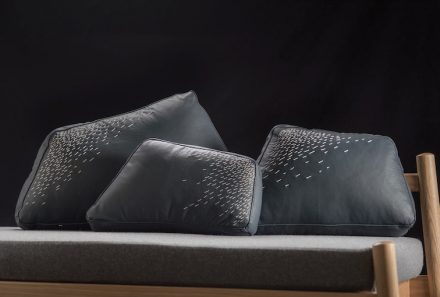 Other objects shown in New York City were the wooden stools „Ola“ and „Tam“ and the cushion „Pita“. All her works are handcrafted by Mexican artisans.

Caterina Moretti was born in Vienna, studied architecture at ITESCO University in Guadalajara, Mexico and disputed her master on „Criticism and Projects“ at the Universidad Politécnica de Cataluña in Barcelona. In 2007 the trigenerian founded her Peca Studio in Guadalajara.