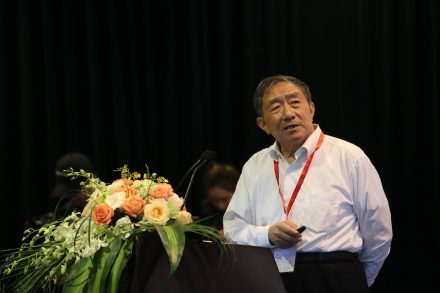 China’s natural stone companies must gear up and adjust to massive changes in the local markets. Demand will no-longer come from large public or private building projects such as hotel chains but from the middle-class private customers seeking to upgrade their houses and homes instead. This was the conclusion of Zou Chuansheng’s presentation given at the World Stone Congress during the Xiamen Stone Fair (March 6th to 9th, 2018).

China Stone Branch’s eminent authority and now retired president of the national Stone Trade Organization CSMIA for two decades, broke the essence of his talk down to two salient points: dealing with private customers requires a new form of communication and a new quality of service and products.

Of course, Zou Chuansheng included the Communist Party in his elaborations, but it didn’t come over as a compulsory exercise. He referred to the 19th National Congress held in October 2017, in which a „better life“ for the people was propagated as a goal for the coming 5 years. As Zou ascertained, particularly city-dwellers have high aspirations regarding „education, travel, food and living“.
This a chance for the stone branch: „Natural stone can contribute to the feeling of wellbeing in a home.“ 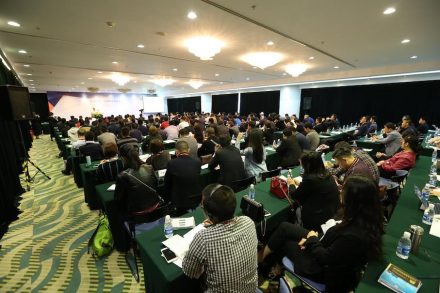 Once more Zou captivated his audience with facts and figures to underscore the projected market volume. He spoke of 1.69 billion m² of living space sold in 2017 – an increase of 7.7% compared to the previous year. He sees a gigantic demand in modernization and refurbishment of living quarters, and estimates the same volume of demand in new living quarters.

To put a picture to the growth rate of the Chinese middle-class, Zou used the example of an olive: The top is represented by a few rich and the bottom by a few poor, the belly of the olive is the middle-class willing and able to spend money.

His thesis is that „the natural stone market will soon morph to a market for better living“.
The trend has crept up on companies in the stone branch almost unnoticed. Zou underscored his claim with statistics derived from a survey of big companies.

As an example, Zou named the Gao Shi Group and Chengdu Pengji Stone, two enterprises which have moved their center of focus almost exclusively on the private sector. 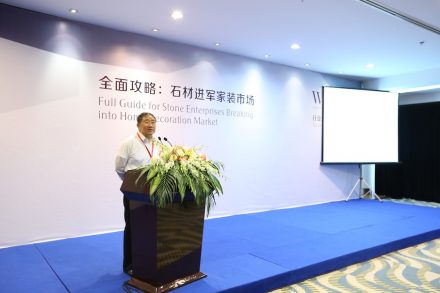 In his opinion, „an increase in quality and better communication“ is the order of the day. Private customers expect consultation prior to awarding a contract.

According to Zou „it is high time for a transformation of the stone branch“ – interesting, too, that he expressly warns the branch to be wary of efforts by the ceramics and engineered stone branch to woo the middle-class.

The branch needs „more communication and quality“. Private clients expect pre-sales information and advisory service as well as „after-sales service“. In fact, „Service is the buzz-word and key to the transformation.“

Also, new projects need to be developed for this new clientele.

„We need to explain to clients, what the distinguishing factors of natural stone are, which make it unique.“

From the wide-open field of players in today’s stone branch will slim down to a few leading companies which will represent the branch with their brands. (Editor’s note: the automobile industry, e.g., in every country has such brands).

In closing, Zou called for an Institute „which would take on the task of analyzing the private naturals stone market“. Stone trade fairs should hold regular fora on the subject of private clients.