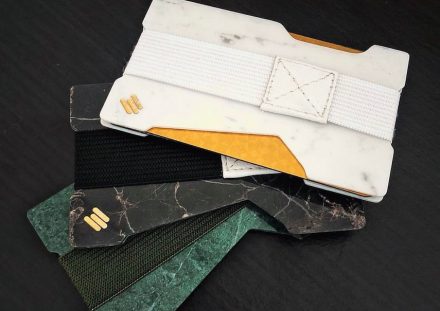 Minimalist wallets is what US-Mikol Company is calling its latest creation. As always, the product revolves around ultra-thin stone: the stone wallet is suitable for storage and transportation of, e.g.: credit cards, bills, and calling cards (1, 2).

Hidden in a neighborhood in Quincey, Massachusetts, are remnants of one of the first railways in the US. It had been used to transport granite.

Poland is currently building a new international airport (Centralny Port Komunikacyjny, CPK). The new hub will have a capacity of 100 million passengers per year and is scheduled to be completed in 2027.

Architectural Record magazine has published its 2018 list of https://www.architecturalrecord.com/Top300/2018-Top-300-Architecture-Firms-1 in the US.

Nyiragongo in the Democratic Republic of the Congo is among the world’s most active volcanoes. Its eruption in 2002 caused a major humanitarian crisis. It has a persistent lava lake as one of its defining features. In a report, scientists inform how they monitor the level of lava there. 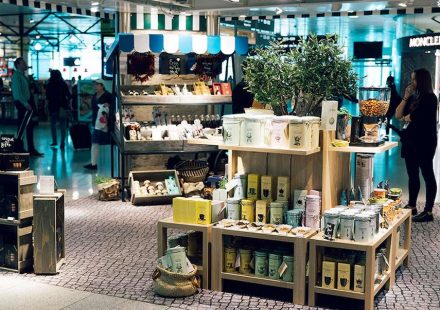 At the Munich airport Gebr. Heinemann company has created an area to sell Fine Food. To give it an atmosphere of a historical city center, an imitation of mosaic plaster was laid out on the floor. „Taste the World“ is the title of the pilot project.
http://www.gebr-heinemann.de/

Proposals for a construction of nearly 300 flats overlooking Aberdeen’s famous Rubislaw Quarry in Scotland have been turned down.

Neighbors oppose a projected granite mine in Chester County, N.C.

The Royal Architectural Institute of Canada (RAIC), in conjunction with Marmomac, will send 5 members to the fair’s Stone Academy’s „Designing with Natural Stone” course. More than 70 RAIC members had participated in previous editions of the course.

A new book suggests that the builders of Stonehenge used Pythagoras’ mathematical theorem long before he developed it.

SapienStone, producer of ceramics for kitchen countertops, has send a truck to 11 places in Germany, Spain and Britain as promotion. In September, the campaign will be on tour in Italy.

Video of the month: North Korea’s capital Pyongyang has a metro with a lot of marble cladding (Video, 1).