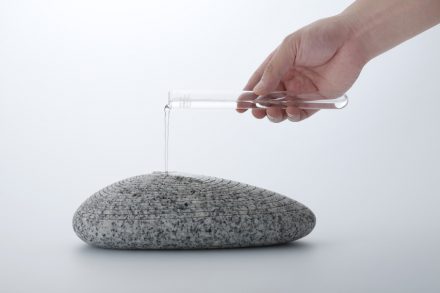 Although the mineral grains that form a rock are important, it is the pores – the empty spaces between those grains – that often carry vital resources such as oil, gas, and drinking water. The geometry of pores can strongly affect the storage, flow, and extraction of those resources. Thus, improving the understanding of pore geometry is of great interest to many researchers and industry professionals.

In a fusion of mathematics and earth science, researchers from the International Institute for Carbon-Neutral Energy Research (I2CNER) and the Institute of Mathematics for Industry (IMI) of Kyushu University have now developed an innovative method to characterize pore geometry, based on a concept called persistent homology theory, as reported in a study published in Water Resources Research.

An important difference between natural rocks and artificial media is that the physical characteristics of rock tend to be relatively heterogeneous. This state-of-the-art method is particularly useful for characterizing that heterogeneity in pores.

As study first author Fei Jiang explains: „In the proposed method, complex pore geometry is first transformed into sphere cloud data. Then, a persistence diagram is calculated from the point cloud. A new parameter, the distance index H as a metric, is derived from the persistence diagram, and is proposed to characterize the degree of rock heterogeneity.“

A strong relationship was confirmed between heterogeneity and the distance index H. In addition, a new empirical equation using this metric H is proposed to predict the effective elastic modulus of rocks.

„To test the newly proposed method based on the geometry of real rocks, four types of rock with different pore structures, including two carbonates and two sandstones, were investigated,“ co-author Takeshi Tsuji explains. „Persistence diagram analysis was more effective for quantitatively estimating the heterogeneity of relatively homogeneous sandstone compared with the conventional method. This new method was also superior in terms of distinguishing the different rock types.“