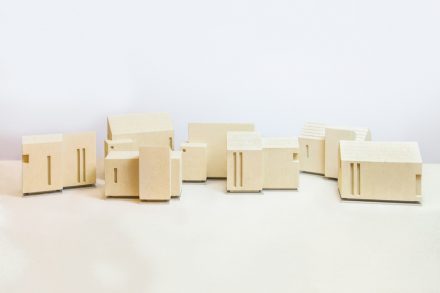 Toys for adults may be an interesting market for the stone designers, we had speculated a while ago. At the Salone del Mobile in Milan 2018, Italian Pimar company showed its collection called „Case e Casette“ (Houses and Huts) with nice decoration objects (meant as bookends).

One can imagine that adults while watching those little but heavy items may be inspired to dream of playing again like kids. 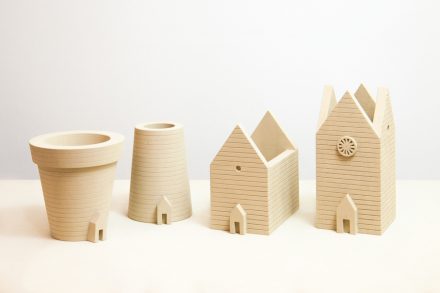 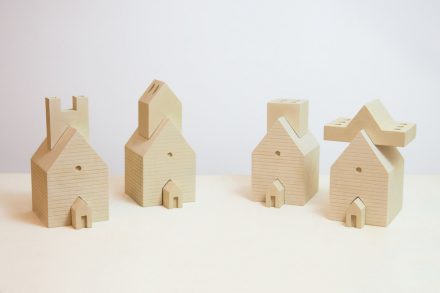 Pimar calls the items „fun works of art“ made of the company’s limestone – yet well-known designers like Riccardo Dalisi, Ugo La Pietra, Luca Scacchetti, Alvaro Siza and Steven Holl have realized their ideas. 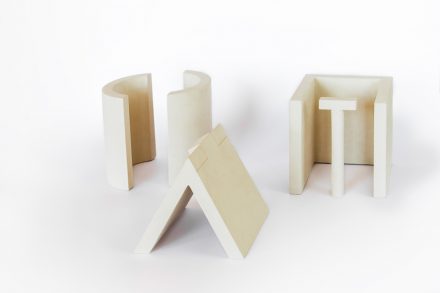 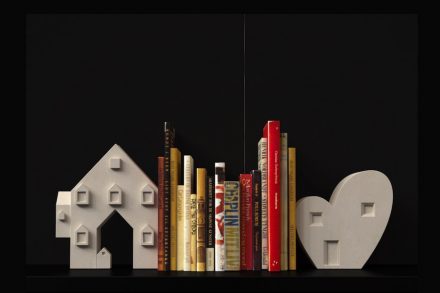 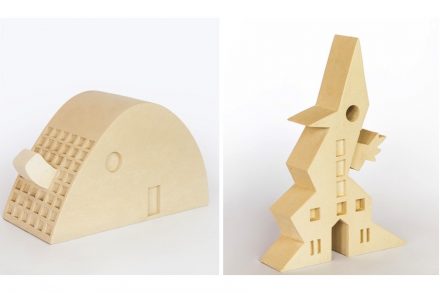 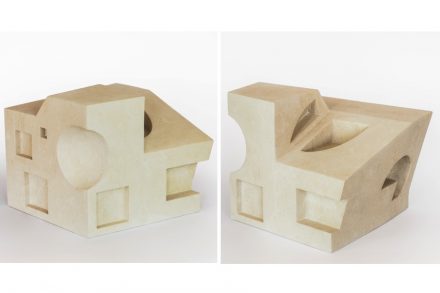 Another news from Pimar is Messapò (see below): referring to the idea of drystone walls, designers Luca Paolo Vasa and Francesco Di Luzio (Noii Design Studio) have created 2 modules which may be arranged in many different ways. The objects are actually not meant to be composed to walls but to furniture like shelves, sideboards, lounge chairs, benches or coffee tables for indoor and for outdoor use. 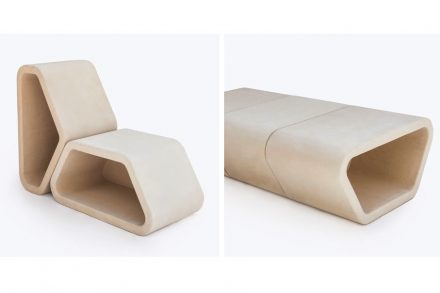 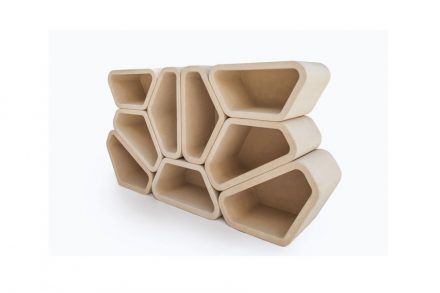 Drystone walls were typical of the Salento peninsula in the heel of the boot of Italy where Pimar is based. The modules’ name goes back to the Messapians – an ancient civilization that lived there. The name means „People between the Seas“, according to Wikipedia in German language. 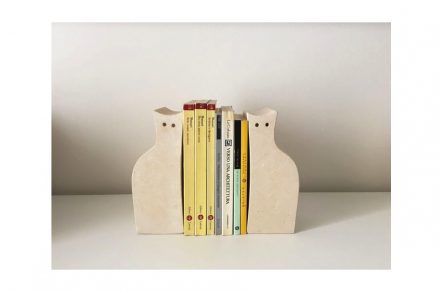 „I Gatti“ (The Cats) are bookends by designers Alessandra Apos e Andrea Persano.