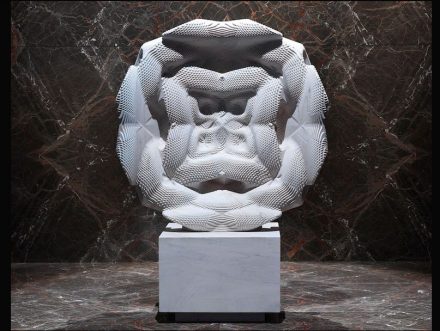 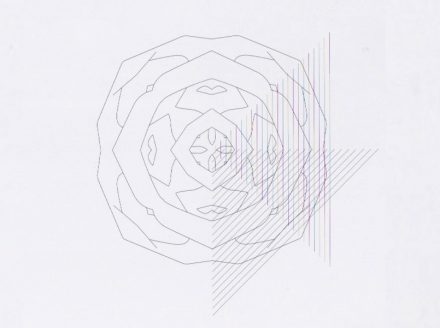 We referred to Raffaello Galiotto’s presentations at Marmomac 2016 as „Smart Stone“, which we meant in combination with technology; design is an added value to its natural beauty and elegance. Galiotto’s spectacular works are now described in a book by the title of „Marmo 4.0“, which also compiles information on how the pieces were produced.
It depicts other projects as well, which the designer produced in the past decade.
The volume, what with its 220 odd pages, also refers to Italian companies responsible for realizing Galiotto’s ideas – in Italian and English and accompanied by numerous large-format photos, in which manufacturers of machinery and stone suppliers whom Galiotto pushed to the limit are depicted. 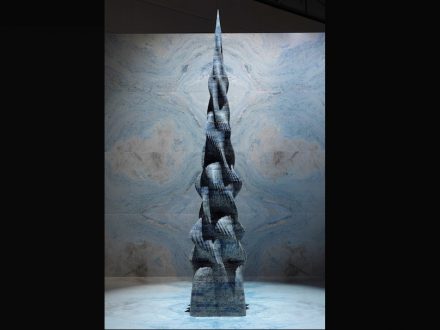 It’s not merely that an Italian designers creates grand shapes. Galiotto is unique because he’s one of the few who not only talk about respecting the ancient material but also implements this respect in his drafts: many of his works start out with a small block of stone, which he then blows up by cutting and rearranging the pieces in such a way that waste is avoided altogether.

Graphic drawings in the book reveal the secret behind the art. 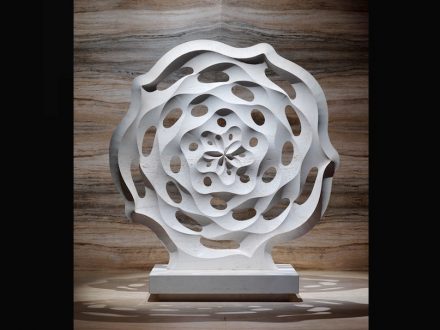 The book also explains how CNC machines or wire saws are implemented in unorthodox ways or how a new spindle with enlarged head was developed. Thus, Galiotto proves once more that profound knowledge of tools and machinery are the fulcrum of successful product design. Before completing his studies at Venice’s Accademia di Belle Arti he obtained a diploma in chemistry. 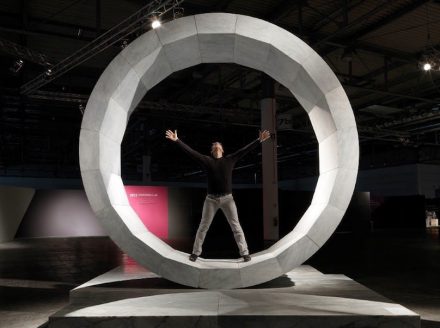 The book is also interesting in that it maps Galiotto’s last decade including all there is to know about „Stonegate” (permanently placed in front of Verona’s Arena), „Opus Motus”, „Luce e Materia” or „Materia Litica”. Unfortunately, „The Doge’s Marble – Design and Hospitality“ created in 2009 is not described.

We had presented all these works in Stone-Ideas.com.

The book is available from abroad through Amazon.it. 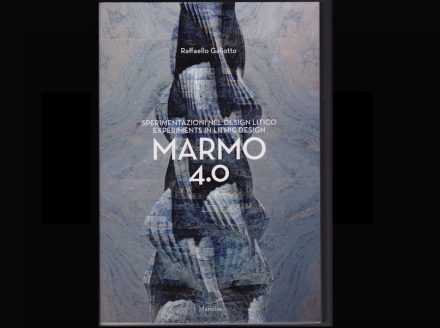