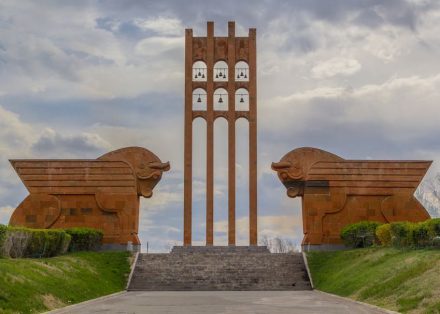 Monuments in Armenia can be seen on the Bohemian Blog. Many objects are made with natural stone, some were made of concrete. The monument depicted shows the WWI Battle of Sardarapat.

Six natural stone companies from Veneto district in Italy (close to Verona) presented themselves together with jewelry companies in a hotel in Moscow in June 2018. The initiative was supported by Italian trade agency ICE (Italian).

Turkish-Macedonian company Volostone has won the auction of a concession to quarry marble in the region of Samarnica in the Macedonian Republic. The offer was 7.3 Million €. The white marble shall be sold on Asian markets (Albanian 1, 2).

Stone from the Berkovici area, in Herzegovina, is quarried by a Chinese investor and shipped to China.

In 2016, Zimbabwe exported $45.5 million in granite, and the country’s black granite is particularly valued. There’s just one problem: The miners are receiving a pittance of the revenue generated by their natural resource, Africa Metro webpage reports.

Fecons Cuba is a construction fair in Havana, the capital of the island in the Caribbean. 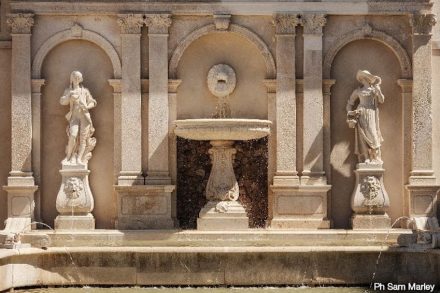 Italian Grassi Pietre Company, what with its Pietra di Vincenza, was implemental in restoring Pennsylvania’s Longwood Gardens. Longwood is the most important botanical garden in the USA.

Taking stone home as a holiday reminder has become so common at Crackington Haven, Cornwall, that several signs now warn that it is illegal. Visitors could face a fine of up to £1,000 as removal of stones leaves the area exposed to erosion, the BBC reports (1, 2).

The secrets of Florence Cathedral’s dome could be revealed by beams of subatomic particles, a Los Alamos National Laboratory physicist writes in Ars Technica magazine. A better understanding of the construction might help to secure it.

The Taj Mahal is losing its bright color maybe due to insects breeding in the polluted river nearby and leaving a green poo on the stone. But: Which actually was the original color of the world famous marble building?, the Archaeological Survey of India (ASI) asks (1, 2).

Lulworth Crumple is the name of the unusual coastal Formation off Dorset, England (1, 2).