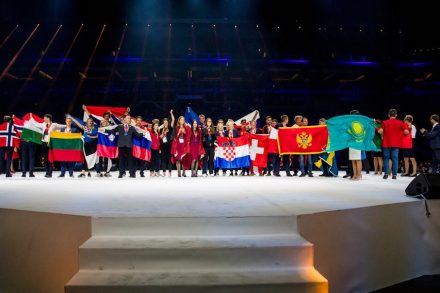 Michael Egli from Switzerland won the Gold Medal in the EuroSkills category of architectural stonemasons. Silver for Robert Moser from Austria and Bronze for Krisztián Balogh from Hungary. Quentin Wollenschneider from France and Tilen Meglic from Slovenia were awarded Medallions for Excellence.

EuroSkills, sometimes dubbed „Skills Olympics“, take place every 2 years. In the Hungarian capital of Budapest, from September 26.-28., 2018, Europe’s most skilled professionals competed in 40 skills. Their number was nearly 600 from 28 countries. The maximum age of participants is under 25. 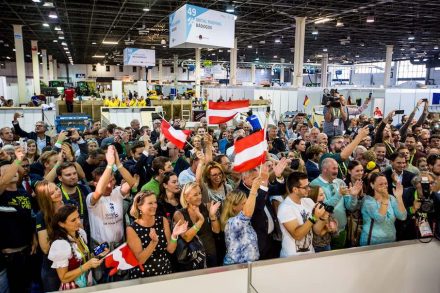 Die competition is held on the highest level of professional know-how. The time pressure for the participants is extreme; stressful may also be the many visitors coming to see the competition. EuroSkills in Budapest was held on the fairground close to the national stadium.

The award for the (best) participants is not only the title which may help in the later career. Participants also say that the final ceremony with the naming of the winners is a unique experience. Also, the parade of nations at the opening of the event is said to have on Olympic feeling. 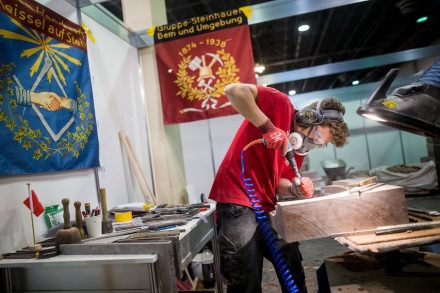 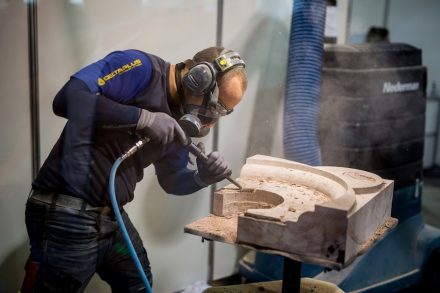 Our photos give some impressions from the 3-days-competition. 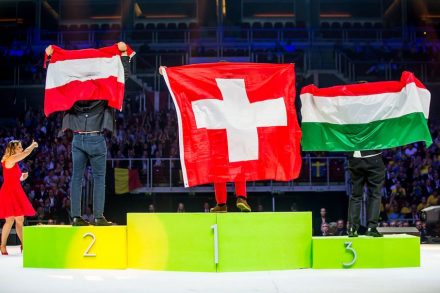 Unfortunately, we only have one photo of the stonemasonry winners from behind. 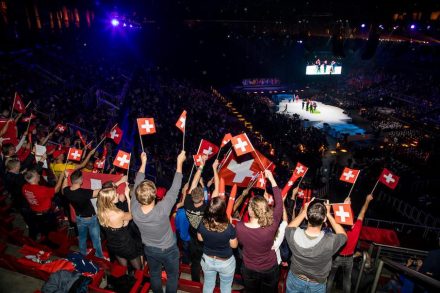 Next EuroSkills will take place from September 16th to 2oth, 2020 in Graz, Austria.

In 2019 will be held the international WorldSkills in Kazan, Russia.