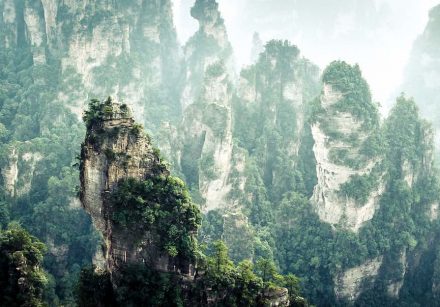 Former Carrara Marmotec fair will take place as „Hub“ in 2019 (June 03-07). According to the webpage, it „will not be a traditional trade fair with stands and exhibition of products, but rather a professional meeting hub aimed at encouraging business opprtunities“.

The Royal Institute of British Architects (RIBA) has announced Foster + Partner’s Bloomberg headquarter in Europe as the winner of the 2018 Stirling Prize. The award goes to the building „which has pushed the boundaries of research and innovation in architecture“ (1, 2).

Pompeii was destroyed by Mount Vesuvius after 17 October AD 79 and not on 24 August as previously thought, a newly-discovered inscription proves.

Ethiopia is one of the world’s least developed states. Yet for the past two decades the country has been making extraordinary progress. Targeted investment in health, education and employment has improved the standard of living and triggered a rapid decline in the fertility rate. A study of the Berlin Institute for Population and Development shows which factors have helped Ethiopia along its development path and which challenges it still needs to overcome in order to become a model country on the African continent.

Roden Crater is the name of a long-term project by Land-Art-Artist James Turrel taking place in the crater of an Arizona volcano. It’s all about light and space, among other points of interest the focus on the skylight. 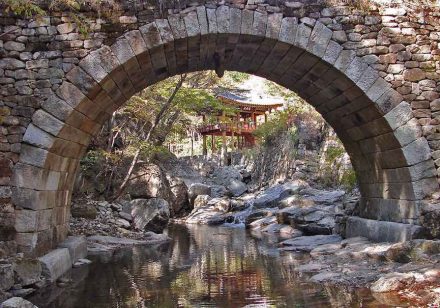 The Seonamsa bridge built in granite in 1713 is a typical example for an anicent construction where the weight of the stone keeps it all together (after the keystones have been laid). It belongs to the Sansa Buddhist Mountain Monasteries in South Korea which is a Unesco World Heritage.

The installation „Fifteen stones“ (Ryōan-ji) by Spencer Finch is on view at the Mies van der Rohe Foundation in Barcelona until October 21, 2018.

People are upset by the usage of old gravestones from the derelict St Mary’s Church in Clophill, Bedfordshire in a „Poetry & Peace Path“.

With £2 million the British Heritage Lottery Fund will train young people to help in preserving Roman’s walls in the UK.

„The world‘s most incredible hotel bathrooms“ is the title of a webpage. Usually it has less to do with the interior décor – with a great deal of marble of course – than with the fabulous view.

Video of the month: Parikrama refers to circumambulation of sacred places in adulation of Krishna. It is the path within or around a sacred temple or mound. Pilgrims meander along a 21 km path around Mount Govardhana in the North of India, passing a stone or up to 108 stones from foot to head (1:39 min).